Brunda Rajesh
Brunda Rajesh is an avid blogger and a prolific writer who believes in following her dreams . She works as a freelance content writer, a poetess and weaves a few stories too. Catch her work on her blog space. www.brundaoperan.wordpress.com

Day in and day out in the scorching heat and the terrible cold. We stand guard to you, to our Mother Land. Be thankful and grateful for the lives bestowed for we are gambling our lives at the border. This time it was the Siachen Avalanche.

A nine-to-five job wrecks our nerves, and all we want to do is stridently dash out and complain about our lives with a habitual moroseness. But today, let’s spend a moment to think and be thankful for the many soldiers who chose to protect our happiness and our well-being by giving up their own. Patriotism flows in their blood.

The recent tragic event that moved the nation was the Siachen Avalanche (an avalanche is a natural disaster where snow slides down the steep mountains, global warming is one of the major causes of an avalanche). The political snobbery between the nations (India and Pakistan) have claimed thousands of lives that have been deployed in one of the most vicious environments ever.

The weather conditions will make you cringe; the minimum temperature at these mountains is -50 degrees Celsius, and the area avalanche-prone. Danger is written all over it, and yet our soldiers stay there, day in and day out, to keep us safe. 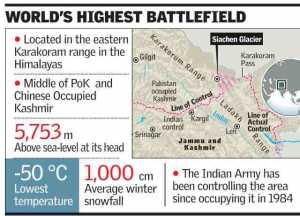 This time, on February 3rd, 2016, the 19th Madras Regiment consisting of nine soldiers and one Junior Commissioned officer who had a camp on the glacier were struck by the inevitable wrath of the Siachen avalanche.

Search operations were immediately conducted all over the place in the hope of rescuing the soldiers. It was a miracle that one soldier, a man from Karnataka, was still alive. The martyr who thought that he had lost the battle of life was luckily saved.

Lance Naik Hanumanthappa Koppad, a resident of the Dharwad district, was found with nothing but a pulse buried under the slab of ice. 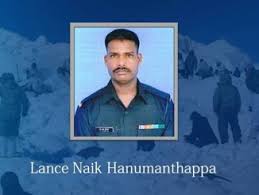 He was moved to Delhi and was treated at the R-R Hospital, where the doctors tried their best to save the braveheart who hanged on even after being buried for six long days in an unfathomable temperature of -47 degrees Celsius, 25 feet under the snow! Analysts say that the air packs compressed inside the boulder of snow, and the man’s determination helped him stay alive for such a long time.

This was a story of grit, determination, and miracle, but sadly enough, the ephemeral miracle tends to fade away as reality strikes in. Despite the prayers from all over the nation, the brave soldier’s multiple organ failure led to his brave demise.

The whole nation mourns his death.

There is a history of deaths.

Both the countries(India and Pakistan) have confirmed the death of over 2000 soldiers since 1984 due to the Siachen glacier disasters. It’s high time that we solve the issue for the sake of all our soldiers who are posted there.

Nine other soldiers died due to Siachen Avalanche

The bodies of the other nine soldiers are yet to be flown over to their families, who are waiting with bated breath to have one last look at their loved ones before bidding them a never-returning farewell to the other world. 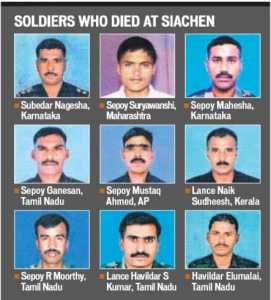 Two dogs also died during the rescue operation because they could not bear the extremely hostile conditions at the Siachen glaciers.

May their souls rest in peace, and let their valor and bravery be praised for centuries to come! 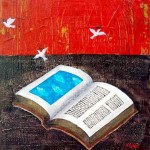 Brunda Rajesh is an avid blogger and a prolific writer who believes in following her dreams .
She works as a freelance content writer, a poetess and weaves a few stories too.
Catch her work on her blog space.