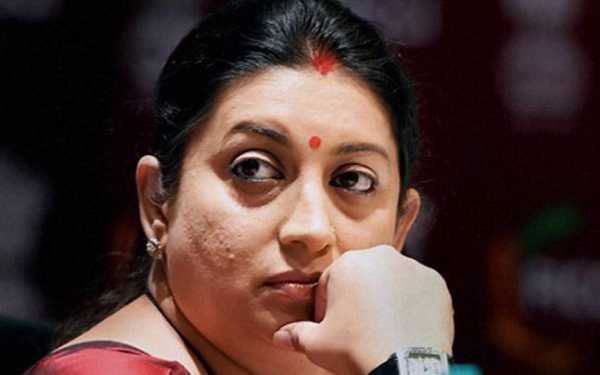 From a model to people’s favorite Bahu to the Human Resource Development Minister and now the Textiles Minister, Smriti Irani has been all over the places. Smriti Irani gained a lot of attention and news while she remained in the post but now is her time to sit back. Prime Minister Narendra Modi shuffled his council of ministers on Tuesday, inducting 19 new ministers with the aim of pleasing voters in different states heading for elections and also speeding up efforts to boost economic growth. A lot of changes have taken place but Smriti Irani’s shuffling is hitting the news like anything. She has been replaced by Prakash Javadekar, who will be holding the portfolio now. The shift might also have some political influence to it as the minister has a key role to play in the Uttar Pradesh elections that the BJP sees as a must-win.

Smriti Irani did fall out of a Union Minister’s image and was found in a number of controversies. She was found on the wrong page with Dalit scholar Rohith Vemula’s suicide in Hyderabad and the JNU row marking crucial blows in her two-year tenure as HRD minister. In a recent conference of vice-chancellors of central universities, she ticked off seasoned academics in a very unpleasant manner.

Whereas Prakash Javadekar proved his worth by handling his assignment of aligning the regulatory regime of the environment Ministry with developmental concerns. The changes are definitely not just for the election sake but those who fell short of expectations were removed too. High expectations are placed on the newly selected cabinet members which has expanded to 78 members.