Nowadays, when almost everybody knows what YouTube, Facebook, or Twitter is and almost everybody has accounts on these networks, new dangers and issues have been rising rapidly through these online platforms. However, this article does not want to speak about how inadvisable it is to publish your personal data on your profiles; rather, let’s take a look at the crazy challenges that people are doing to become famous, sometimes unfortunately in memoriam. 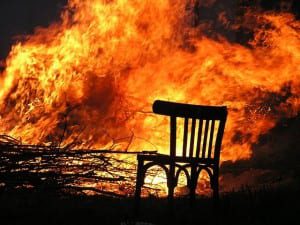 A year ago, there was a circulating challenge for users of the popular social network Facebook, called “Fire challenge”: a person must cover his/her body by some accelerant provoking fire and then get the body burning. All must be recorded on video and posted on Facebook to gain insane followers who will then be inspired to do the same. Unfortunately, this “game” has already ended the young life of a 15years old boy from the US, who underestimated the power of flames and died for the scalding. Police warned the public not to share this kind of video and to stop this challenge.

Recently, on two of the most famous social networks, another very risky challenge appeared: the so-called “Paracetamol challenge.” The name comes from one of the most popular painkillers in the world. It consists of an over-taking of this medicine, and the result can be potentially fatal. The Scottish media brought the first serious abuse from over-the-counter painkillers at the beginning of May 2015. However, the first cause of death was reported at the end of the same month in the UK, where a 19 years old girl passed on after ingesting too many pills.

Have you been nominated? Because this is an important element of this challenge. The rules are the following: you are nominated by one of your friends on Facebook or Youtube to drink an alcoholic beverage, often in large quantities. After doing so, you have a right to be a nominator and move this “obligation” to some of your friends. Nominated users of the social networks started with drinks like beer or cider. Unfortunately, as time passed, the nominated wanted to impress their followers and start drinking “harder drinks.” As CNN wrote, the extreme cocktails drunk in this game were, for example, spirits with a dead mouse, water out of a toilet, alcohol with goldfish, or even alcohol with Viagra, insects, engine oil, and dog food. The same news noted that the consequences of alcohol effects killed at least 5 people.

We can find many self-called celebrities on Youtube. However, not everybody can become popular by singing or dancing on video. Sometimes, a person needs to do something very stupid and dangerous to gain their few minutes of fame. GloZell is one of the latter mentioned. For instance, in one of her videos, we can be witnesses of her “condom challenge.” She tries to insert a condom into her nose, snorting inside the throat and coughing it back via the mouth, as described on the Boston University website. Luckily, this challenge did not become famous and was dangerous for no one except the inventor.

Selfie could be considered the word of the year. A selfie, as we know, is a picture made by yourself. Almost every user of social media has one, but even in the shops, you can buy instruments to take your selfie in the best way you can. It is not dangerous to take selfies, but what makes it dangerous is the time and the place where you take these selfies.

The articles on international news channels called, “10 selfies before death” describing people that took their selfie when their death was already “touching their back.” For example; a girl took a picture on the top of a bridge, a few seconds later, she lost balance and fell on the voltage wire that killed her; a man took a selfie with his gun to impress his friends, but right after he pulled the trigger and shot his head. Furthermore, a driving girl wanted to express her good mood with a new selfie, but she had a deadly accident a while after. There are more examples of people who, for a picture, risked their lives, and they are definitely not war photographers.

We have seen examples of the human will to be better than others, to show where they can arrive to become popular and to die unnecessarily. The question is: how many of us will follow them or invent new challenges? Let’s think. To be famous for a moment or to be dead forever is a huge difference.