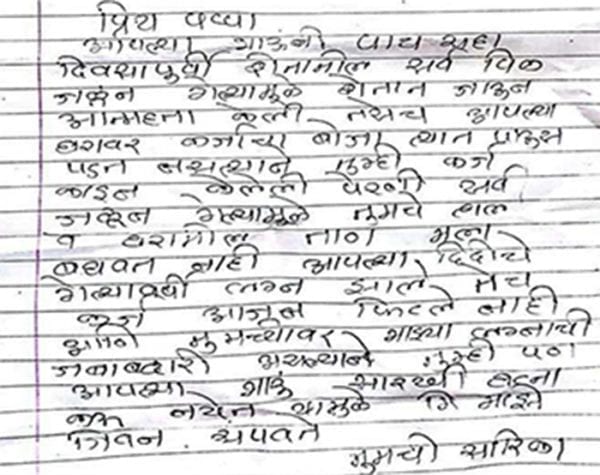 We will be stepping into the 70th year of our Independence next week.Thousands of Indians sacrificed their lives so that the coming generations could enjoy their freedom. Although we do enjoy the freedom, we often forget its real meaning. Our freedom stands on the pillars of equality, democracy, sovereignty, but what kind of equality is it when the rich are becoming richer every day and the farmers are committing suicide due to extreme poverty and misery. The farmer who is the reason for the food we eat, who are the backbone of this country die due to starvation. Every day tons of farmers give their lives up because they are crumbling under debts and have no money to pay up.

Sarika, a class 12 student in Marathwada region committed suicide after seeing her father struggling with the financial burden of debt. A resident of Javlazuta village in Parbhani district, Sarika hanged herself at her home.

She left a suicide note as well. As heart-wrenching as it is, the Nation wants to know what the government is doing to improve the conditions of these farmers and their families.