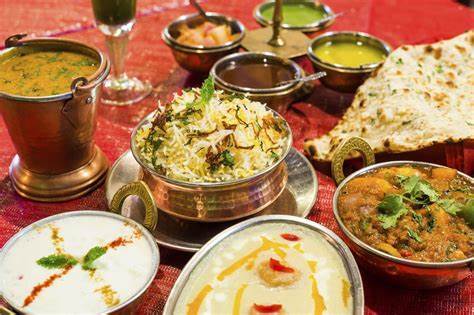 The taste of India or Indian flavors is far more varied and diversified than that of any other country. The simple reason for this unique trend lies in the country’s geographical division that houses so many cultures and traditions. Each one of whom is contributing to its vividness in its own way.

When it comes to delicious food, all the cultures come together to celebrate this legacy and present simply the best.

Not only cultures but there is the vast difference seen in food choices among people when traveling from one part of the country to another. All of these factors speak loads about the taste of India and its rich significance.

The taste of India dishes is also famous for its homemade spices used, which have a legacy and a story to tell; all these dishes are prepared following the age-old recipes as methods of preparation.

Such ancestral touch is also one of the factors that have led to its huge success. A legacy that has been passed from one generation to the other has been nicely preserved and taken care of.

This blog is all about such combinations of food that have given rise to the most celebrated taste of Indian dishes. These dishes have come all the way from different parts of the country to spread love and taste all around.

Without any further delay, let’s discover these amazing dishes from India.

The spicy thick chickpea curry, which is served hot with instantly made bhature, a kind of fried flatbread, perfectly represents the first one of the taste of India dish.

Though having originated from the northern part of India and having purely Punjabi roots. Chole bhature has come a long way, becoming one of the favorites of kids and adults.

Prepared with a thick paste of onions that is first fried for a long time until it changes its color to brown, some tomato paste is added, and some spices to give it that taste and fragrance.

Whether it be a birthday party and a small gathering, chole bhature is always present, making the evening more delightful with its taste and smell. 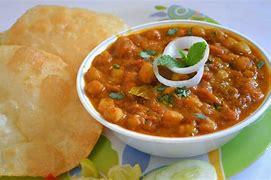 From being a restaurant specialty to being on the platter of a wedding menu, shahi paneer is always present in one or the other form. Paneer, also known as cottage cheese, makes many curry-like servings, Matar paneer, and butter paneer.

Shahi Paneer is famous for its somewhat creamy taste and grainy texture prepared using many ingredients; dry fruits such as cashew are also added in the form of a paste to give it a thick consistency.

Served with white naan, which is yet another kind of flatbread that is made in India. Made from processed flour, rest for some time after adding some raising agent to make it soft and fluffy from inside. It is enjoyed with butter on top with garnished herbs, representing a good picture of this taste of India dish.

A non-vegetarian dish is finger-licking tasty and with an aroma that can make anybody fall in love with it.

Prepared after marinating the chicken in finely processed spices like garlic topped with some oil. The final presentation and taste is a whole lot of tasty and juicy at the same time.

It is served in a thick and creamy gravy that can be eaten with some flatbread or rice. Butter chicken is one of India’s best tastes that is now one of the favorite ones.

When poured in a tomato gravy and mixed with many other handpicked ingredients, the juicy chicken gives an unmatched taste.

This one of the best taste of India dishes originates from the Mughal era and is also their specialty. With time the dish reached various parts of India and got a unique touch of every state. The most popular ones are Dam Biryani, Hyderabadi Biryani, found in Hyderabad, and Lucknavi Biryani.

Though biryani is a dish made up of rice, it is also considered the whole meal and consumed as the main course.

Prepared with rice with some fried onions and marinated piece of chicken. Biryani is also cooked in a different style with the layering of rice and other material prepared. The cauldron is covered and tightly sealed with some burned coal for some time, and this is done to ensure a smoky flavor and taste.

This taste of India dish is served with mint sauce, curd, and some salad. 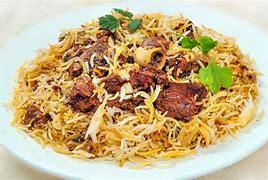 What a subtle mix of flavors and balance of taste is seen in this one of the best of taste of India dish.

Dosa is a south Indian dish served with hot lentils cooked with some vegetables and topped up with curry leaves, mustard seeds being the most important ingredient.

For the main dosa, the crust is prepared with rice batter and filled with mashed potatoes with a flavor of their own.

Dosa is now available all across India and is tasted with the utmost likeness; this dish is light to consuming and filling at the same time, even on a diet, consuming a dosa would do no harm.

The famous dosa of the state of Madras owns all the credit of propagating this dish across the entire Indian subcontinent.

This spicy semi-liquid curry called bhaji in India is consumed with much love and is also a very famous street food.

Eaten with ready-made baked buns that are tossed with a bit of butter to taste, complete it as a whole.

Bhaji is prepared by mashing various vegetables like potato, capsicum, onions, tomatoes, and cabbage; you can even modify the ingredients to make it more healthy and as per your wish.

All these things are properly cooked with spices to add that flavor and taste. In the end, the bhaji is also served with a slice of butter and some chopped onions; this one of the taste of India dishes will make a good starter combo.

A very popular evening snack consumed with tea makes a fit for appearing in the list of the best taste of India dishes list.

Samosas are triangular-shaped cones filled with potato stuffing deep-fried in oil, a very crisp, easy to get and amazing in taste dish is also very economical in price, served with mint sauce or some sweet sauce this item is consumed widely all around. 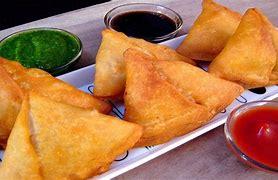 Halwa is a very popular sweet dish. Available in many variants like that of gram flour, sometimes even of bottle gourd as well.

Gajar ka halwa is a dish prepared with carrots that are grated and then cooked in milk with sugar and some dry fruits.

Gajar ka halwa is served hot in the winter seasons and is the most liked dish.

Gajar ka halwa is served in every marriage and is also tasted with much excitement. If tasted once, no one can resist the taste of this one of the best taste of India dish.

A very popular Indian go-to snack is also a fully-fledged starter dish. A rare combination of tastes like sweet, sour, and spicy, this one of the taste of India dish is overly delicious to taste, available at low prices, chaat is a combination of various individual dishes clubbed together.

Tikki is a fried patty made up of mashed potato and is served with curd, and other sauces backed up with spices to increase the flavors.

Another very delicious thing is round fried circular balls, which are eaten with stuffing and flavored water. 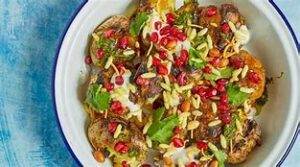 Originally a Bengali dish that is as sweet as the people of Bengal. Dipped in sweet syrup, Rasgullas are also served hot. Rasgullas are round balls made of a form of cottage cheese which are later fried.

Increasing the value of every menu, Rasgullas can be found at every place to eat in India. This one of the best taste of India dish is savored by people of all ages and all communities.

Spreading love and taste all around these top taste of India dishes are our top picks not just for the blog but also for eternity as a whole.

You can easily prepare them at home by following the simplest and easiest recipes of all time that can be found online. In India, tasting them is no big deal, but you can order them from some Indian restaurant if you live outside India.

Make these dishes your favorite as well as they have become ours, luxuriate in their outstanding flavors, and embrace their tastes to the core.