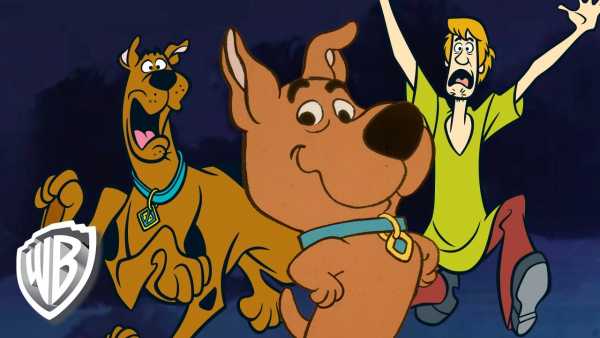 Those Cartoon Network days where we would just be carefree and enjoy a snack couldn’t be completed without the legendary Scooby Doo! Kids were totally fascinated with talking Great Dane named Scooby-Doo, slime gang, and the four teenagers who solved mysteries with wit and their bravery.

We may not realize it but the old Joe Ruby, scooby doo mystery incorporated and Ken Spears written cartoon have somehow through sheer fun inspired us to be courageous, have fun, and face challenges in life more assertively! The Top 15 Scooby-Doo Moments You Want to Relive

Here are the 15 best Scooby-Doo moments that made this legendary such a big hit in touching the lives of children:

Definitely the best episode of the entire franchise! With the very popular element of a lonely millionaire on whose death anyone of his heirs inherits the entire property on one condition which is obviously very very controversial.

Here, Scooby inherits the properties of a millionaire for his heroic deed of saving the Colonel while he was drowning in a fish pond. The condition was to spend a night in the haunted mansion of the Colonel and if you survive it, you inherit his millions.

A series of very creepy incidents takes place with the gang and in the end, they see the heirs in a coffin each and an empty dog-shaped coffin. Talk about being as scary as hell! But still, the gang figures out that it was all the work of the lawyer who was dealing with the will.

The gang goes out to fish and Shaggy catches a caveman frozen into a block of ice. They take him to Oceanland and give him to Professors Wayne and Ingstrom.

At night the caveman breaks through and while the gang comes back to retrieve Shaggy’s fishing pole, they are followed with a night of thrill and chasing by the man only to find out that it was Professor Wayne all throughout cause he wanted to steal Engstrom’s revolutionary new marine life communicator. A very amusing episode indeed!

Ahh! Talk about black magic and voodoo dolls and whatnot. Fred, Daphne, Velma, Shaggy, and Scooby find themselves in a creepy dark swamp. They encounter a zombie and reach a house where they find voodoo dolls of themselves.

After a tiring night of fighting with the witch and the zombie, they find the truth! The witch and the zombie are actually two men named, Zeke and Zeb who had once robbed an armored truck and buried it there and now scares other people away so that they might not find it!
Definitely a very interesting and rewatchable episode.

Absolutely hilarious one! It completely balances out the fear and humor factor. With a thrilling storyline of a bank robbery and a very very satisfying ending of the mystery.
“I know who’s back you are on, but whose side you are one?” this line can be replayed and it’ll never not make you laugh.

Ahh, finally a classic old haunted house and very comfortable floaty white ghost with a candlestick roaming around the mansion and scaring everyone who tries to live in it.

The gang has a very interesting experience staying at the haunted house and experiencing menacing situations involving trapdoors, a cellar, and interesting diary entries.

As they finally solve the case of the floaty ghost, they get to know that the so-called ghost was indeed after the treasure hidden in the house. Very gripping and will leave you hooked till the end! In the fifth episode of the first season, it was a very interesting one that had a very different approach from the others. A dognapping victim, Buckmasters was the actual culprit throughout who would kidnap other dogs so that his dog would win the dog racing competition.

As Scooby doo goes on to uncover this secret pretending to be a Great Dane who is also a participant, the four uncover the truth behind this incident.
A very well formed episode indeed.

The undead count of this episode is too high! Dracula, Frankenstein’s Monster, and a werewolf, this one has it all. The kids on their way to Franken Castle meets a gypsy fortune teller who says that they’ll meet their ends if they reach the castle.

A very frightening series of unfortunate events take place and finally they discover the gypsy himself is an ex-convict who frightens other people so that he can look for the treasures in the castle alone. Filled with legendary monsters, this one is a must-watch!

A very confusing and fun-filled episode that is again dealing with treasures and family complications. The four of the teenagers visit a friend and due to mysterious circumstances, the ghost of Elias Kingston from a very spooky Kingston Palace calls the Uncle of the friend.

After a night of excitement and mystery-solving, they find out that the ghost was indeed the Uncle himself who wanted the family treasure all to himself. The gang catches him guilty and later they have a gala dinner after the tiresome night full of dangerous events.

The episode for all the Star Wars lovers out there! So, there’s this mysterious humanoid who wears a blue spacesuit and was leaving glowing footprints all around that disappeared after some time. The gang investigates and finds out that it was none other than a selfish man who wanted to scare away the farmers and other workers to sell their land cheaply.
The whole space and alien theme is definitely a very very interesting twist to the series.

The episode title must sound very fun and light-hearted but it’s definitely very frightening. A new theme fun park is opening and the problem arises when in the middle of the night the lights go on and the rides start on its own. The four young mystery solvers try to find out who is behind this odd activity and after a lot of running here and there they find out that it was none other than the robot in the park that had gone out of control! The master plans to rebuild Charlie, the robot to be nicer and gradually the mystery of the fun park is revealed.

Ghost of a Sea Captain Cutler is apparently terrorizing everyone who’s at sea in this episode cause his ship got drowned and he is presumably taking his revenge on mankind. Odd? I know. But a revengeful Sea Captain? Definitely sign me up for lots of rewatching! Well, that’s not the end.

Mrs. Cutler is someone who practices witchcraft. Double the thrill, now! At last, the gang finally uncover the truth where the duo was scaring away other sailors and steal their yachts and sell them. THE CLASSIC HEADLESS HORSEMAN. This legendary ghost man is used to scare away people through generations. The go the house of the famous Ichabod Crane, that is the Headless Horseman himself.

His descendants were having this big Halloween party. And a specific member of the family comes dressed up as the horseman and demands ahead and goes after the lady with the expensive diamond necklace. Ahh. Very generic but too much entertaining to watch!

Ghost clowns. Sounds very very scary right? Now think about a ghost clown trying to hypnotize you. Definitely giving me the creeps. The gang goes to solve the case of the ghost clown and finds out it was the hypnotist who was stealing money from the circus in this way.
P.S. A very entertaining and fun scene of Shaggy taming lions awaits you.

Just as the name suggests, it’s some seriously entertaining stuff! The four gets transported to the sets of The Son of the Bride of the Ghost of Frankenstein and all hell breaks lose. A dog-like monster created by Scooby who becomes Dr. Frankenstein in this episode, is well, a monster you know. The witch Zomba and her battle of wits and survival with the gang finally leads the gang back into their regular lives. A very interesting and rewatchable episode indeed.

In the second episode of the second season, Daphne buys this very interesting mask and somehow the four kids get transported to the temple of the evil Zen Tuo. After a very eventful few hours, they learn that Zen Tuo is none other than a dangerous smuggler who holds a huge smuggling ring behind this whole ghost act.
The episode ends with the gang all content after unmasking the culprit and enjoying a snack together.

Scooby Doo is not just a cartoon. It has been a part of our childhood and it’ll be of many many kids who’ll learn the true values of Friendship, Bravery, Loyalty, and Courage through this excellent show that’ll forever be in our hearts. Which one of these is among your Scooby Doo best moments?