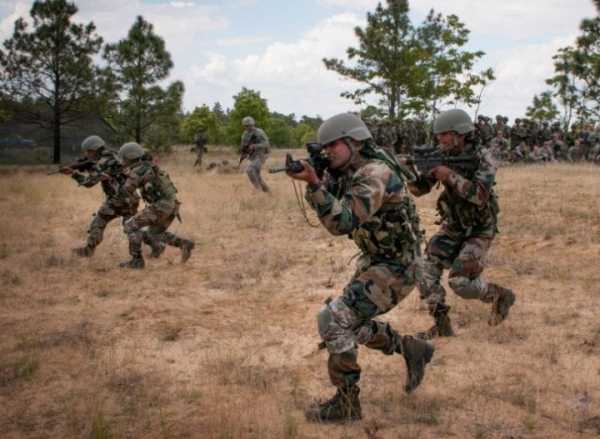 The surgical strikes which were led across the LOC were very precise and systematic. But the Major who led the mission says that the returning after the strikes is the most difficult part and the constant firing from the enemy soldiers with the bullets so close that at any moment one can get shot.

In the surgical strikes, the Army had decided to send the soldiers of the units which had suffered the loss in the Uri attack. A Ghatak platoon was formed and soldiers from the Uri attack affected units were sent to man border posts and provide necessary terrain intelligence and provide sufficient support to the mission ahead.

The book clearly describes the details of the planning. Major Tango was entrusted to lead the mission to carry out the strikes. According to the book, he himself chose every man, including the officers and men who would play the supporting role. He was aware of the fact that the lives of 19 men are in his hands.

The thing which was bothering him the most was the return of de-induction. The backs of the soldiers would be facing the shower of bullets from the Pakistan Army posts. A total of 4 terror launch pads were operated by the Inter-Services Intelligence (ISI) of Pakistan and protected by the Pakistan Army were selected.

About 40 terrorists and 2 Army men of Pakistan were killed at the 4 targets. The three separate teams had simultaneously hit 4 launch pads across the LoC. Their entry into the PoK was well timed and precise.

The book is written by Shiv Aroor and Rahul Singh and published by Penguin India, narrates 14 real stories of extraordinary courage, gives a glimpse into the kind of heroism India’s soldiers show in extreme and dangerous conditions.

TAGGED: #pakistan, army, india, Surgical strikes
Sushmita Panda September 12, 2017
Share this Article
Facebook TwitterEmail Print
What do you think?
Love0
Sad0
Happy0
Sleepy0
Angry0
Dead0
Wink0
Posted by Sushmita Panda
Follow:
She is currently doing her graduation in Philosophy Major from Lakshmibai College, University of Delhi. She is a writer and has been writing blogs and articles for various companies and online portals since a long time. She is a theatre artist and aspiring to become a successful journalist. She loves to read and travel.
Leave a comment Leave a comment