Whistle-blowers: Who are they, and what do they do?

Keeping in mind, the two paths that a person has to walk upon in life, are comprised to be of Truth and of Falsehood. While traveling the falsehood might seem like walking in a garden of roses, it ends abruptly after the dominance of truth executes it, the path of Truth and honesty is a complete package of hurdles, threats, downhills and self-doubting- but in the end, there is always a ray of bright light when the tunnel ends.

Whistle-blowers are the informants who expose any wrongdoing within an organization in the hope of stopping it. But as per the ‘ritual’, they are often credited for their honesty in the wrappers of life-threatening calls, blackmails, and in very extreme cases- death, to suppress the power of Honesty.

While talking about whistle-blowers, we need to learn that any activity was done against the mainstream disloyalty which, a lot of times- remain unsung despite of all the efforts they put into exposing something hideous that would roast the society we live in. The after effects also bring along the casualties of the deceased who, all their live; wait for justice under the ‘hope giving’ jurisdiction. The unarmed families, friends, and supporters also live in a nightmare to risk their lives for Justice and Truth.

The killing of honest men, as a result of their loyalty to the system is shameful to an extent that a lot of the cases aren’t registered by the closed ones of the victim, and those registered; are filed under ‘accidents’. While talking about India, we have a history-making a long list of the ‘warriors’ that as an ‘appreciation’ to their braveness, got Death as a gift.

The 35-year-old journalist from Bhind, Madhya Pradesh was run over by a truck on a fine morning, days after investigating upon Sub Divisional Police Officer Indra Veer Singh Bhadouria, who accepted 12,500 INR from a truckn that was part of the sand mafia that operated from the National Chambal Sanctuary.

The journalist had been reporting through the Sanctuary for a long time to encounter a detailed report about the happenings in the site. After the sting operation video was aired on the news channel News World, Sharma would get threat calls. He informed the police about the same but didn’t get favourable actions. He had been asking for police protection but a negligence from the department led to a miserable murder.

The NREGA activist was an activist in Jharkhand who developed a software to hawk money making in the department, in 1990, and successfully unveiled several scams under corrupt officials and was often threatened. Before he could legally expose some of them, he was murdered, his face hit and smashed to an effective abuse and beyond identification in 2008, while he was returning to his home in Chatarpur, Madhya Pradesh.

An IIM Lucknow alumni, working in Indian Oil Corporation as a grade A sales manager, Manjunath found a supply and sale of adulterated fuel in two petrol pumps in Lakhimpur Kheri, Uttar Pradesh for three months. He had sealed the gas stations for a month. After they re-opened, a month later; he conducted a surprise raid on site.
The same night, Manjunath was shot dead with at least six bullets, in the backseat of his own car. The main accused, Pawan Kumar Mittal was held by the UP police along with seven others.

Manjunath’s case had inspired a lot of sudents in IITs and IIMs, who later appealed for Manujath’s justice in session courts, where after 18 months; the accused were found guilty. The Manjunath Shanmugam Trust kept the case alive up from Allahabad High Court to the Supreme Court of India, where the bench came to draw a conclusion that the convicts’ would continue to serve life imprisonment.

He joined the IES (Indian Engineering Services) in 2002, whereafter he joined National Highway Authority of India (NHAI) to work as a responsible manager for highway construction in Aurangabad-Barachatti section, or the NH2 which was a part of the Golden Quadrilateral Project. Dubey worked honestly when he found some major outrages and disturbances in finance which would turn out to be serious issues for the development of the highway. He made the contractor suspend three engineers out of their involvement and further found that companies were involved in the scam, too. He later made the contractor rebuild a six km road, exposing the scam.

Dubey was then transferred to Gaya, which he refused but later dug to the roots and found that the entire system was involved including political interference. He decided to take a step further, and write to the then Prime Minister, Shri Atal Bihari Vajpayee; telling him about the irregularities in the project. Despite asking to keep his identity veiled, the letter was forwarded to the Ministry of Road Transport and Highways. Dubey also filed a letter to the chairman of NHAI.

He was later often being threatened and was afraid of his death. On November 27, 2003; Dubey was found dead in Varanasi by roadside. He was being shot. 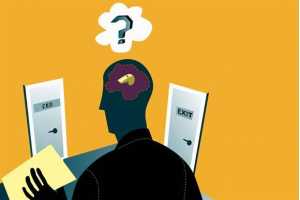 He joined the Indian Police Services in 2009, and was posted Bihar and Ujjain before he served in Morena, Madhya Pradesh when the incident took place. The brave-heart had been looking after the mining of Sand and Stones in the place. He investigated illegal mining and transportation in unethical means.

He tried to block the path of a truck loaded with inordinately mined sandstones but was run over by the same truck.
The casualty was faced by his wife who also serves as an IAS officer. Many activists, including Anna Hazare protested for Kumar against the incident.

Amit Jetwa was an environmentalist progressive in the Gir Forest area near Junagarh, Gujarat. He had been looking after the forest area, standing up against illegal mining in the area near the Forest. Jetwa also filed complaint against the Chinkara shot in the movie Lagaan, against the actor and director Amir Khan. He is also one of the leads while filing complaint against actor Salman Khan for the shooting of the Chinkara, and further for his five year imprisonment.

Jetwa filed a complaint against BJP MP Dinu Solanki’s nephew Shiva Solanki for illegal mining in the area. As the case further rolled, Jetwa was threatened for the same. After meeting his lawyer near the Gujarat High Court, he was shot by two men on a motorcycle. In 2013, MP Dinu Solanki was arrested by the CBI, having connections in the murder of the social activist Amit Jetwa. According to the friends and family of the victim, Jewta had been asking for police protection from the Police, but didn’t get any favors.

This 17-yeaar-old college going student from Kanakapura, a village of north Karnataka had chosen the Right to Information Act to disclose a scandal in the construction of roads in his village. Though his complaint was not filed, he had successfully brought the matter to the media, and further to the authorities. He was threatened for exposing the authorities of Panchayat who were responsible to look out for the schemes like NREGA in his village and nearby area.

The day after he filed the report, he was killed. He found that there were a few people following the bus he was traveling in, but by that time; he had informed the media, his friends and managed to write a letter stating that any mishap, if caused which cost his life, is all because of them. He had clicked the pictures of them and gathered the people of his village.

His body was found near a railway track, about 50 kms away from his village. For three months, his death was named a suicide, but his widowed mother and fellow friends kept the case alive and the authorities of Panchayat, Nayak and Balan Gowda with several others, were arrested. The police later told that there are about 25 cases against Nayak for being the dictator and stressing out people of the village.

All the Other Untold Stories Of Whistleblowers

These were a few of the many unheard cases that happen around us, in our everyday life. Despite having several rights and laws for the whistle-blowers in our society, their life has to face a lot of risk while supporting the correct side of the coin. Despite of being on the effective side to poke and empower honesty, they have to suffer mental, emotional and psychological pain to be able to reach at the top.

Some of the deceased brave-hearts could have been saved, if the police had taken the needful steps. These unrecognized heroes have been a kind of game changers along with setting an example to follow the ethics and walk on the path of honesty and justice. They deserve massive respect, but also; safety and justice. Their names have been inked in the memories of people, as those who fought so that no other person has to suffer a decaying system of choice.