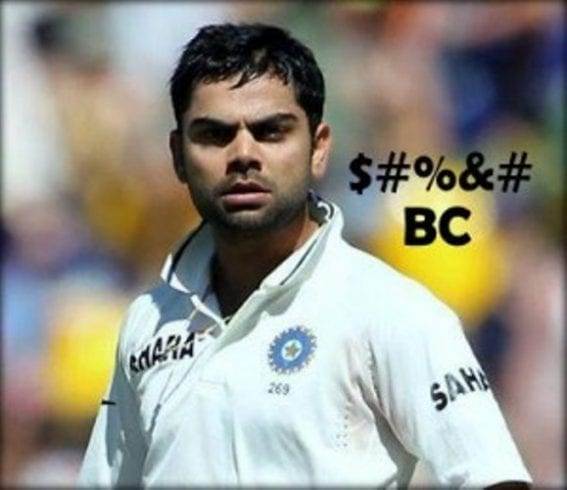 Do you really think that this right gives us the freedom to speak whatever we want and wherever we want, in India?

If you think so, you are highly mistaken. Be very careful when you say Bh*NCH*D the next time because you never know of the consequences that your words hold.

Many Delhite Boys use this ‘gali’ in place of full stops, at the end of every sentence.

And this landed one such boy in BIG trouble.

This Recent incident that took place in Mumbai will leave you stunned. Delhi boy, Daksh Bharadwaj had no idea that the word he usually used to express his frustration will result in this:

He was out late in Mumbai. While trying to find out available parking space, he frustratedly said to his friend, “Bh*nch*d, doesn’t look like we’re finding one today.” which was a pretty normal thing for him to say.

But then, 30-men nearby heard him and assumed that these words were directed towards them.

Without even asking him for a justification they pulled him out of his car and started beating him continuously for the next 10-15 minutes without even giving it a thought that they were fighting in the ratio of 15 to 1. Daksh tried to explain the situation to them and also tried to apologize but they wouldn’t listen to him or his friend.

Isn’t this just another form of Intolerance??

As a matter of fact, a huge crowd was gathered, and instead of helping these boys, they acted as an audience. Nobody intervened while the beating continued. There were a few people in the crowd who personally knew Daksh and even they did not bother to help.

We live in a nation where we talk about intolerance and justice. We organise and attend candle light marches but what is the use of all this, when we cant even help the people we know at times of need, because we don’t want to get involved in that matter?

This incident brings forth many questions, “Are we really safe?” What if tomorrow or even today some people come to you and start beating you up because they found something you said, offensive, without even hearing you out and nobody comes up to you for help.

When celebrities talk about growing intolerance in India, we deny it, but keep yourself in Daksh’s place and think- Are we safe. Instead of being judgmental about what some celebrity has said, think if you, as a common man, are safe because anybody can do anything, anybody can come up to you and beat the hell out of you like it happened in the case of Daksh.

If you want to make this world a better place that is worth living in, start taking initiatives. Think about other’s issues as your own because you never know, someday you might become the victim yourself.

Start to bring the change in yourself if you want to see a change in the society.