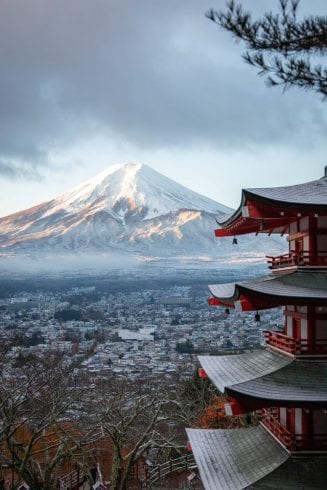 In Indian culture, feminine power is regarded as the highest power. In Hindu mythology, they are the most powerful deities. South India is known as the temple city of India. There are many Devi temples in Tamil Nadu with different sculptural artifacts, and architectural emblems leave all the tourists awestruck.

Most of the temples were built during ancient and medieval times. The majestic beauty and the creative taste of erstwhile royal kings about the heritage stranding as the testimony of Indian culture. If you are planning to visit temples in south India, here’s the list. 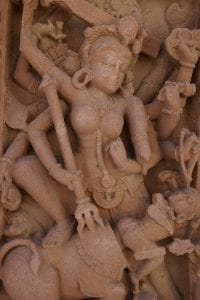 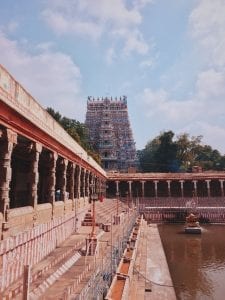 One of the famous cities in Tamil Nadu is Madurai, surrounded by majestic hills, pristine rivers, and beaches. A city is resided in 419km from Chennai and presided by Goddess Meenakshi. Madurai Meenakshi shrine is the pride of the city Madurai. Goddess Parvati rules the city with her consort Shiva called Sudareswarar. This Devi temple in Tamil Nadu was one of the nominees for “New Seven Wonders of the World.”

The temple is a specimen of architectural elegance. Each pillar of the temple is made of single granite rock. The decorative “Gopurams” is Navratri is the prime occasion of this temple. With grandeur, the puja is offered to the Meenakshi Amman during this time. This is also one of the 51 shakti Peethas. 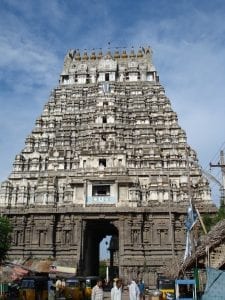 Devi sits in a padmasana pose.

The special pujas are offered during Navaratri and on Pournami. Brahmostsavam is one of the most important occasions celebrated in the sanctum. 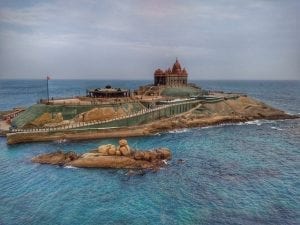 Kanyakumari is one of the best tourist places in India. The whole religion is named by the Kumari Amman Temple. The temple is located at the serene confluence of the Arabian sea, Bay of Bengal and the Indian Ocean. It says that Sati’s spine was fell there, and it is one of the Sakti Peethas in India and one of the most prestigious and famous Devi temples in Tamil Nadu.

Young unmarried daughter is identified as “Kanya.” Devi Kanya Kumari is known to be a Sanyashini and called as Bhagavathy. According to mythology, the temple was established by Lord Parashurama.

In Navaratri Mandapam, the holiest 9 days are celebrated with splendor. 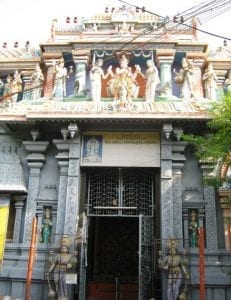 The temple is located in Kathiramangalam, Thanjavur Tamilnadu. The temple is also known as Vana Durga Parameswari Amman temple. Devi Durga is the presiding deity here. During Raghu Kalamazoo on Sunday, special puja is dedicated. 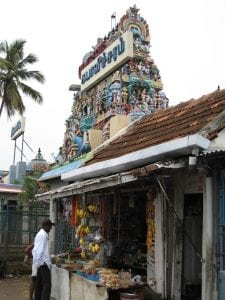 The temple is one of the most important and top temples in Porur. The temple is dedicated to three deities of wealth, wisdom, and valor. The three goddesses are situated in three shrines. With the past 8 years, the poojas are being held on a grand scale.

Navaratri occasion is celebrated with music concerts, special homes, and so on. This is regarded as one of the top Devi temples in Tamil Nadu. 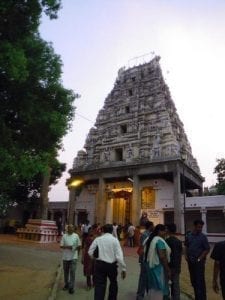 To shower bliss, harmony, and peace in the world, the Goddess in the form of Panchaimman is established. The Goddess sits at the feet of Shiva. She said to be responsible for the drowning the world in the dark, to perform penance.

Pachaimman is known to be the Goddess of marriage and blesses; this is among the famous Devi temples in Tamil Nadu. 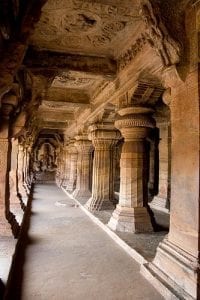 This is among those Devi temples in Tamil Nadu, which is famous but for its rock-cut architecture and Indian history of sculptures. The temple is known to be built in the late 7th century during the Pallava dynasty. The temple is located on a hill along with the caves of Mamallapuram. The sanctums are preciously engraved there in the wall. The temple is also known as Yampuri.

According to mythology, Devi Durga killed Mahishasur. Hence the title was given to her Mahishasurmardini. The interior design of the cave portrays the battle scene, where Devi is riding the lion. The main deity is seen to slay buffalo headed demon.

This is one of the most renowned Devi temples in Tamil Nadu. This is situated in the Erode district. The Goddess Mariamman is known to be the Goddess of rain. The temple is dedicated to Maha Kali.

Three hundred years ago, the Bannari name was taken for the Bannari Amman temple as the most magnificent historical place. The forest was called Bannari. The deity safeguarded the people from danger, and she was amazed by the beauty of the nature of that place. So, the Goddess decided to stay there and save her pilgrims from the mouth of a lurch.

Panguni Kundam is a famous festival celebrated there.

The temple is situated in Woraiyur in Tiruchirapalli. The Devi temple in Tamil Nadu is dedicated to Goddess Vekkali, who is the avatar of Devi Durga. The Goddess of peace, power, and strength is worshiped by many. There is a wish box to drop paper writing the wishes in the temple.

The temple is known to exist from the Chola dynasty. Its say, while the temple was being made, Goddess Vekkali appeared and said nit ti create the roof until all the humans have it. This also signifies the boundless predominance of Goddess Vekkali. 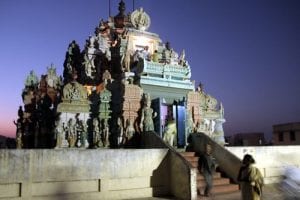 The temple is situated in Chennai. Ashtalakskmi is the giver of wealth, namely, offspring, success, prosperity, wealth, courage, bravery, food, knowledge, all the right things.

The temple is known to have constructed of Sri Chandrashekarendra Saraswatu Swanigan of Kanchi Mutt. The temple is 65ft in length and 45ft in breadth. The eight firms of Goddess Laxmi is present there in four levels and nine separate spectrums. And Goddess Laxmi is dwelling with her consort Vishnu in level two. This is one of the Devi temples, which also posses Dashavatar, Guruvayoorappan, Ganesha, Dhabwanthari, and Anjaneyar deities.

There are many Devi temples in Tamil Nadu, which are retaining the vestige of India’s popular religious culture. Apart from that, the Navagraha Temple, Padai Veedu, Major Shiva temples, and many temples offering spiritual experience along with astounding beauty of elegance, sculpture, and architecture. There remains a story of glorious past bent behind each brick of the temples.