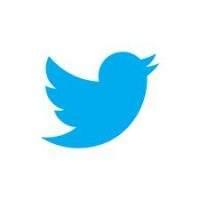 This article will explore some of the most popular Twitter Trends India and how these trends became so famous.

Twitter is one of the leading social media apps all over the globe today. It connects us to people worldwide and helps us to know what is going on. This social media app has an exciting option for retweeting. If you find a tweet interesting, you can reshare it with just a few clicks on your smartphone.

In India, Twitter stands as an essential part of the lives of youngsters who want to share their opinions. However, this is why we must be responsible enough and not spread fake news.

Some of the most popular Twitter Trends India are as follows:

Women in our society have been oppressed for an exceedingly long time. Several women in India have not even come out with the number of times they have been harassed in private or public places.

In the year 2015, Twitter was stormed with #MeToo. Women used this hashtag to shame their abusers publicly. Uncountable women from different professions came out and talked about how they had been abused and how it changed their lives.

#MeToo had mixed reactions in India.

Some people believe that women must come out and talk about their abusers whenever they are comfortable, whereas some critiques pointed out that some women were unnecessarily defaming famous figures.

The first covid-19 case in India was reported in March 2020. Since then, #covid19 has consistently been one of the most Twitter trending hashtags.

The first wave of this disease brought a lot of anxiety to the people of the nation. Youngsters, adults as well as senior citizens became more vocal about this disease. Doctors and scientists were also found tweeting about the symptoms and effects of Covid-19.

The ones who got impacted due to Covid-19 started talking about their experiences on Twitter which helped other people understand how important it was to stay home and follow the rules and regulations.

When the second wave hit the country, there was a disaster-like severe condition seen in India. Vigilant and responsible citizens in the country started using #Covid19 and #CovidResources to help those trying to find ventilators and beds when there was an acute shortage.

#Covid19 has brought to our notice several things: the importance of life and helping those in good condition. Most importantly, it has taught us that we must not take everything in our lives lightly and value the ones we love.

#Covid19 was not just used for these purposes; some critiques also took Twitter’s views on how the covid-19 pandemic began. Several theories regarding the beginning of the Covid-19 pandemic were discussed. Some said it was a natural virus, whereas others believed that it was an artificial virus.

2020 was a year full of tensions and problems. The Covid-19 pandemic severely affected people worldwide. Some people lost their loved ones while young students faced several psychological and mental health issues because of a sudden shift in their lives.

In between such a tough time, IPL 2020 was a savior. IPL or Indian Premier League is a cricket match played every year by teams within India. Several cricket players from foreign countries play this game.

#IPL2020 was one of the trending Twitter hashtags in 2020. There were regular updates on how thrilling this entertaining game had become.

Sushant Singh Rajput was a famous Indian actor who allegedly committed suicide. However, his fans shook the internet by a storm where they stated what they felt about his death.

Some of his fans believed he committed suicide due to a lack of work and a weak financial state. This further sparked off a debate on nepotism and how children of celebrities have highjacked the Indian Cinema.

Another group strongly opposed that Sushant Singh Rajput could have committed suicide. They believed that SSR was brutally murdered.

SSR murder became one of the trending hashtags on Twitter. Even after months of SSR murder [which was a claim by his fans], #JusticeForSSR was one of the top Twitter trends.

This built up a lot of pressure on the higher authorities, and very soon, the case was given to the CBI custody.

This unstoppable revolution directly targeted less talked issues like nepotism and power spread in various parts of the world. Hence, the death of a famous actor was made one of the most popular Twitter Trends India by his fans.

Dil Bechara was Sushant Singh Rajput’s last film. While this film was to release after about 15 months of SSR’s death, #DilBechara became one of India’s most popular Twitter trends.

Other than some of the most famous hashtags that became Twitter trending hashtags, a few posts got an unbelievable number of retweets in a very short given time.

Virat Kohli is a popular cricket player in India. He made a Tweet in the last few months of 2020 that became one of the most trending tweets.

Actor Anushka Sharma [his wife] and himself were pregnant. Twitter was stormed with several retweets of this post.

He made a Tweet where he had mentioned his family and himself testing positive for Covid-19. This became one of the most retweeted posts of 2020 as it came as a huge shock to all his fans.

Twitter is an amazing platform for being vocal about our opinions. Many people have used this platform to talk about a wide range of issues and also made them trending on social media.

These famous Twitter trends India teach us that being vocal about issues is important, but we must not forget to be responsible. Before being outraged and sharing our opinions, we must first research and know the whole story.