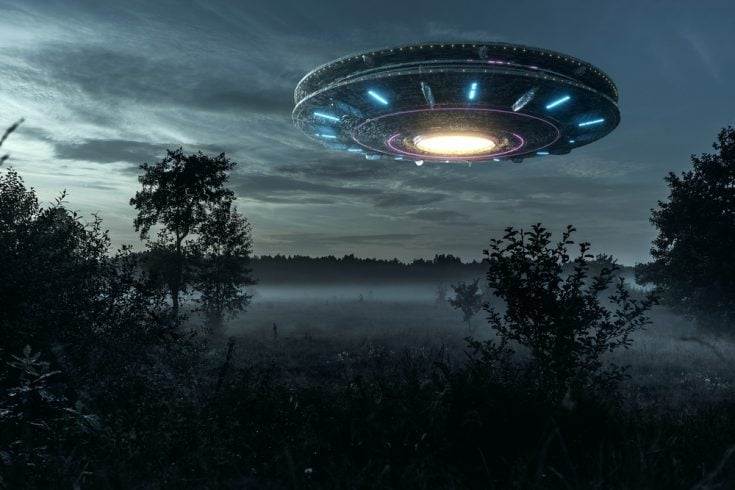 As said by a famous person, “Are we alone in this universe? Both answers are frightening.”

As humans, we have all been fascinated by the possibility of extraterrestrial life visiting us in a UFO. There have been many movies and stories of fiction to document that fact. Nevertheless, do we have the courage to admit or accept that there is even a possibility of life in some other distant part of this universe? Or can we say with absolute certainty that there is none?

Since ancient times, humans have believed in God. Is God a figment of our imagination that we claim to be an omnipotent, omnipresent divine being, or is God just an extraterrestrial species who may have visited earth on more than one occasion? Some claim that aliens are a species of highly advanced civilization.

Some claim that there is no such thing called an alien and dismiss the notion of such an idea as a child’s wishful thinking.

People have often talked and claimed that their Governments are not always truthful to them about various things. That is true indeed, and some secrets need to be kept a secret to function appropriately for the country and the world.

There are some things, some facts, that need not be seen in the light of day as they may have catastrophic effects. But some people claim that their Government is trying to cover up pieces of evidence of the existence of extraterrestrial beings. They say that such information should be fully disclosed to the public.

But what if there was no such secret, to begin with? Alternatively, what if some things cannot be made public under any circumstances? Regardless, there have been many claims of people sighting UFOs and the Government’s instances trying to cover it up.

Most notable is the persistent thought that the Government of the U.S. has constructed a secret research facility that nurtures research of extraterrestrial species called Area-51. It is said to be the cryogenic storage for many UFO evidence and the like. But no actual proof exists regarding its existence.

There have been numerous incidents in which some form of natural phenomena was left unexplained. For instance, the disappearance of the civilization of Harappa and Mohenjo-Daro remains unexplained. There have been many instances of crop circles found in fields that remain a mystery (whether they were done by farmers or actual landing sites of UFOs, we will never know).

Some even claim that the rise of the Aztecs, a tribe of South America, was attributed to aliens providing them with superior technology, as cited in the movie Indiana Jones and the Crystal Skull. Again, this is a matter of debate, and we cannot say for sure if it is a fact or a mere fiction.

The most notable of certain unexplained phenomena are the UFO sightings in July 1952. It is said that under the Government of President Harry Truman, there have been sightings of fifteen UFOs that seemed to be aware of their trajectory. At first, they were thought to be comets or meteor showers.

But it has been reported that the UFOs adjusted their trajectory and disappeared just as well as they appeared. Some claim that it was a floating ball of orange light that left a tail over where it went. Some claim that it was a flying saucer that was orange in color. It was again sighted later on in the same month, and President Truman ordered it to be shot down if it refused to land when asked.

Is the existence of extraterrestrial life just a glimmer of hope in our minds as we seek out space to find other forms of life? Or is it a reality that we are not yet aware of? Ultimately it boils down to the preference of the reader.

Please leave a comment and let me know your thoughts on the matter.