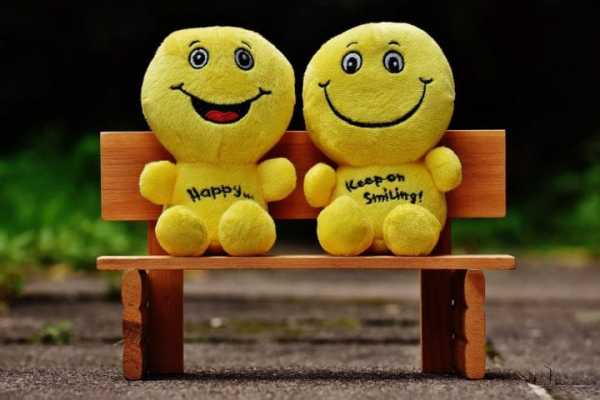 A lie detector or polygraph test is specially designed to bring out the reality of the truth. It gives the physiological reaction to the questions. Top officials, police conduct this test for screening a person. It even helps in the interrogation of criminal suspects. Statistics suggest that lie detector tests are more than 90% accurate.

Even if the person honestly replies to all the answers, the machine will bring the “white lies”. It means that honest people also have a risk to generate on the test as a false positive. Some people even conceal the answers.

Drugs can even affect the test result. Some medicines are there that can make the results vary, a reason it has come under criticism too.  However, police agencies use it to interrogate suspects simply because it’s effective.

Here is all that you need to know when it comes to a lie detector test. What you see in movies is not the actual thing. It takes a whole village to structure, design a lie detector test. The questions that someone asks need to select very carefully for the utmost accuracy. A polygraph test runs for hours. It is because every stage needs careful structure.

Once, the structure is good, you will find everything in place. One party will just answer each question. The machine will determine the level of accuracy based on the question and answer. A lie detector test machine needs to undergo proper design which makes it useful for criminal interrogation.

Examiner is the one who determines that the machine gives you an accurate result. A lie detector test machine needs an experienced person or else it will give weird readings. A professional person only knows how to prepare for the test.

He or she is the one who conducts the lie detector test with proper preparation. They should have analytical and strong communication skills. The lie detectors for home is unreal because there is no professional examiner to handle it. Hence, it is very important to have an examiner to operate, structure, prepare the lie detector machine.

3. Operate in many industries

You will find the use of a lie detector machine in various industries. You will see the operation in the courtroom, military, private investigator and police. You can even find the operation in NDA, FBI and other different security agencies.

They use this machine because they need to operate in a high-security zone. To them, the security of general people is important than anything else. Hence, to track down the criminals the use of the lie detector test is useful and effective.

These toys are expensive but of low quality at the same time. So, it is not a good idea to buy one. You need an experienced person to run the machine. Until and unless you have the proper training to handle the lie detector test machine it is best not to buy one.

Hence you should have proper knowledge of the lie detector machine and then only you can decide the next step. Make sure that you know all the science and grammar to operate the machine properly.

The increase in the use of a lie detector machine is high because of the television. In TV reality shows, they have shown in police investigations. Hence, it increases the demand for a lie detector test in reality.

6. There are different types of polygraph or lie detector test machines

Over the years, it has taken many forms. It is only in the year 1992, that it was fully computerized. It helps the test to become effective and accurate. But professionals think that it can be as high as only 98% accurate when someone carried out properly.

The experts who use it should not believe in the arguments. One should not frame the wrong set of questions that can mislead the other party and even honest answers can prove the culprit wrong.

7. The polygraph test is more than 90% accurate when it comes to detecting lies

To monitor the truth of the person, it is better to judge the person’s words with a lie detector test. Though there are other forms of truth execution, this test is the most effective one. You do not have to worry if you know how to operate correctly.

It gives you all the benefits to have a reality check on the criminals. You can catch hold of the real culprit with the help of this test. It gives you 100% result without any dilemma in your mind and heart. It is not one person who creates a machine. Many people are involved in the creation of the lie detector test machine. With years and time, people modify the machine with the invention of new technology. William Moulton Marston (psychologist) and John Larson (police officer) are the two people who design the polygraph machine of modern days.

9. Controversial machine yet used in court

The movie Wonder Woman is a big hit which has a connection of polygraph machine. Later on, it was incorporated in the form of a polygraph test. Hence, the comic storybook has a strong relationship with the lie detector test.

When the polygraph test is conducted, the examiner looks into three things- cardiovascular activity, respiratory rate, and sweat gland activity. Rubber tubes are fitted on the party’s chest and even in the abdominal area. It measures respiratory activity. To record the activity of the sweat gland, the examiner attaches the small plates of metal.

It is a controversial thing in a lie detector test. Though there is no evidence of the physiological reactions, it still conducts some results. An honest person can get nervous while a criminal with criminal charges can be confident enough to answer.

For some people, it can be termed as the fear detector. Countermeasure is effective when you follow these strategies. It includes psychological, physical interventions to understand the reality of the person. Though it is controversial, still police department and court use it for lie detector tests.

When a person determined to cheat the lie detector test, then they are very good liars. They either say the truth which is even not a truth. So, it depends upon the person whether it is true or false they modify the answer to cheat the machine. Indian Supreme Court in the year 2010, declared that polygraph test, narco-analysis, and brain mapping are illegal against the Indian constitution. If the request comes from the defendant, then it is still legal to conduct a lie detector test.

If you can remember that Star Plus aired a show called “Sacch Ka Saamna” where participants signed the agreement to accept the polygraph examiner result or conclusion. In the show, a US-based expert of polygraph Herb Irvine perform the test on the participants.

Though it is controversial in the matter of truth detection, still different people have different views. Both law and high office departments are still concern will the result. An illegal practice can cause serious damage to one’s morals. Enlighten your knowledge on lie detector test machine and spread awareness to stop the illegal practice of lie detector test machine.