10 Ways How People Celebrate CHRISTMAS All Over the World

Christmas is the only festival which is celebrated all over the world in each country to celebrate the birth of Jesus Christ. Each year this day of Christmas is marked with great enthusiasm and good spirit by people of all religions and regions. Even in countries where Christianity is not a majority’s religion has Christmas trees and various decorations all over the streets marking their love for this festival. It is interesting to how different countries celebrate Christmas and the traditions they follow. So here are the ways in which these 10 countries from different corners of the world celebrate Christmas !!

Christmas in the land of Aussies is celebrated in the summer time. The ‘White Christmases’  is unheard on this land. It is a tradition, in the weeks up to Christmas to join the picnics organized by various churches and sing Christmas carols on the beach and big holiday pageants are broadcast.As it is the summer time, it is traditional to enjoy sizzling barbecues on this big day and Father Christmas swaps his reindeer for ‘six white boomers’ or kangaroos. 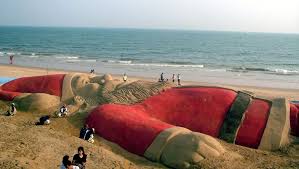 In the high temperatures, a flock of tourists and citizens rush to the beaches during these summer holidays and the ‘sandmen’ are replaced by ‘snowmen’ just like this Santa on the beach in the Rio.In Brazil, kids expect “Papai Noel” (the Father Christmas )to deliver the presents. They celebrate the legend that animals gain the power of speech on the Christmas night.

Due to lack of fir and pine trees on this sub-continent, banana and mango trees are often used as substitutes for Christmas trees and mango leaves are used to decorate and brighten up the homes.Many of the traditions here are influenced by the western cultures like the Christmas trees and plenty of holiday sweets, including fruit cake, coconut filled  pastries called ‘Nuereos’.And people go to churches for midnight masses to mark this big day. 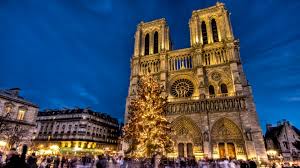 In many regions of France, Christmas celebrations start with the St. Nicholas day on 6th of December. On the Christmas eve, children keep their polished shoes in front of the chimney and hope that “Papa Noel” will fill their shoes with sweets. The 25th of  December is a public holiday and families get together for the big feast with good meat and the best wine.The decorations in the house are minimal but now the British traditions are being taken up and the town centers are decorated with the Christmas trees and decorations.

This place has got a very interesting tradition.There are thirteen Santas in the Iceland. These Yule lads, more troll like than our traditional Father Christmas, who traditionally come down from the mountain one by one on these days of the festive period and leaving presents or rotten potatoes depending upon the child’s behaviour.In Iceland, children put their shoes on the windowsill, so that the Santa Claus can fill their shoes with the goodies. Families get together here and visit churches for midnight mass. 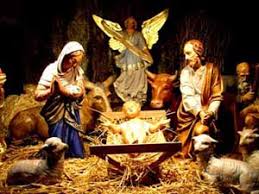 In Italy, ‘Babbo Natale’ that’s how the Father Christmas is called in Italian, hands out the presents to the children on the Christmas day.But still in many families, gifts are exchanged only on 6th January that is the day of Epiphany. 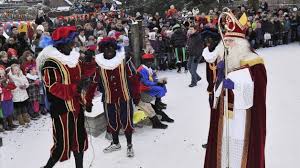 In Netherlands, Santa Claus is called Sinterklaas. He doesn’t live at the north pole but in the  sunny Spain and arrives by a steamboat with a helper called Black Peter rather than an elf. 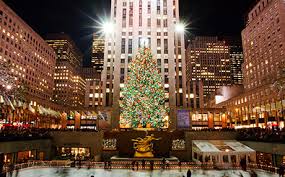 In USA Christmas is celebrated on 25th and 26th of December. On the Christmas day, families get together for the feast after exchanging the gifts.On 26th people usually visit friends and families and exchange gifts. It is customary to send and give Christmas cards, on which some write ‘Merry Xmas’, where Xmas stands for Christmas and X signifies ‘Cross’. 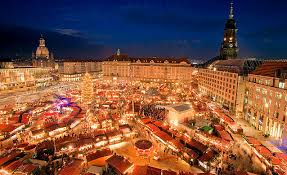 The Christmas season here starts with vibrant street markets, filled with lights, ornaments and other decorative items. The Christmas trees are usually put up in the homes on the  Christmas Eve and festive celebrations begin from  the Christmas eve and the market closes down after the lunchtime on 24th. People celebrate this day with vegetables, potatoes and a German cake.

Here Christmas is locally known as ‘Natal’. Churches and shopping malls are decked with lights and decorations. Here there is the tradition of going to masses twice, one at midnight and the other during the day is popular.Christmas celebrations bring back the life to the villages with colourful clothing and beautiful dancing.