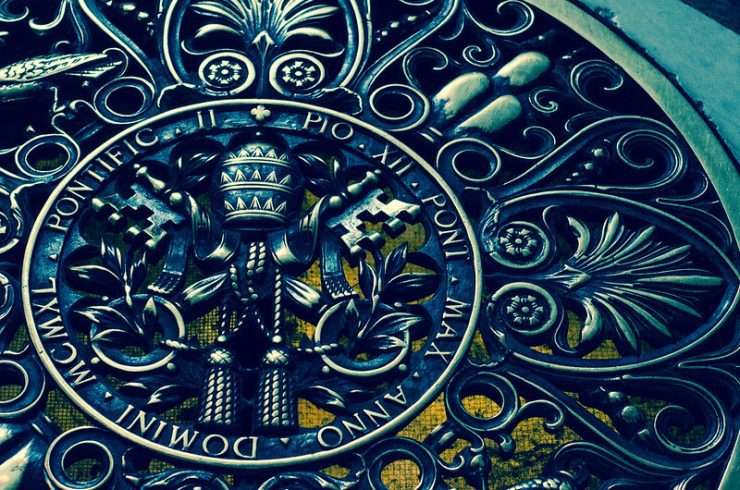 What is AD: Everything You Need to Know!

AD stands for Anno Domini is the Latin for the year of the Lord’ the year of Jesus Christ’s birth. Historians use the abbreviations of B.C. and A.D. to separate the historical timeline into eras virtually.

B.C. signifies before Christ since Lord Jesus Christ, our Lord was born at the end of it, and the period of Anno Domini began. The A.D. is separated into two ages, old and new ages.

The last consul was declared in 541, and Anicius Faustus Albinus Basilius was nominated. The power was in regular contact throughout the Middle Ages with envoys of the Byzantine world and had a clear idea — sudden deaths and deposals notwithstanding — of who was the Byzantine emperor at any one time. That explains what the ad and its origin are.

The monk Dionysius Exiguus formulated the Anno Domini system in Rome in 525, thus inventing the Georgian Calendar. As an extra achievement, he also calculated the date of Easter.

However, nowhere in the exposition of his table does Dionysius relate his epoch to any other dating system, whether consulate, Olympiad, year of the world, or regnal year of Augustus; much less does he explain or justify the underlying date” noted Blackburn & Holford-Strevens 2003, 77.

2. How to Count Years

The idea of counting years has been one of the most controversial topics as long as we have written records, but the idea of syncing up where everyone starts counting is relatively new.

Nowadays, the international standard is to designate years based on a traditional reckoning of the birth of Jesus Christ — the “bc and ad” system.

The alternative forms of dating, “Before the Common Era” and “Common Era,” dates back to 1715, when it is used in an astronomy book interchangeably with “Vulgar Era.” At the time, vulgar meant “ordinary” rather than “offensive.” The term is even older, first appearing in a 1615 book by Johannes Kepler.

Pros for the transition from A.D. to C.E. include

(1) Exhibiting sensitivity to those who use the same year number as that which originated with Christians (Julian and Gregorian Calendars), but who are not Christian, as this supports the western Europe culture more, but there is a need to help the world history more diversity.

(2) The label “Anno Domini“ is arguably wrong since scholars generally believe that Christ was born some years before A.D. 1. The historical evidence is too sketchy to allow for definitive dating.

The First Council in Nicaea decided that Easter was slated to fall Monday following the full- moon that follows the spring equinox. The agnostic saints of Scythia introduced Adolescent Dionysius Exiguus to count the days since Christ’s. She was referring to A.D.

A local monk named Exiguous brought the system and recorded the date of birth in the early medieval period, the year before Christ’s birth Christ.

The Easter tables were used to calculate Easter dates, and the calculations are detailed in documents known as Easter tables. It is now called the computation system computers.

The atonement is the reason that God is coming. As a result, he spoke of His future suffering. He, therefore, demonstrated His understanding of the event using the following lines: Jesus’s Crucifixion and his mission associated the success of his mission with the.

In several spots, John’s Gospel speaks of the Crucifixion as the ‘vital hour’ with which Christ arrived ( Revelation 2:4 in 3. In many cases. There’s a place. And his brother. Christ was in the Gospel saying about our suffering.

Add in the years before Christ.

The Vénérable Bede of Northumbria published his “Ecclesiastical History of the English People” in 731. Bede extended and developed his practice to include years before A.D. 1.

Prior years were numbered backward to mark the number of years that event had been held “before Christ” as this was known as B. C. Bede’s work brought Dionysium’s system to other scholars and extended it to the centuries before 1,000 years the beginning of Christ.

According to Charles Seife in his book “Zero: The Biography of a Dangerous Idea”: To Bede, also ignorant of the number zero, the year that came before 1 A.D. [sic] was 1 B.C. There was no year zero. After all, for Bede, the year zero didn’t exist at all.

However, zero was a thing and did exist; our modern conception of zero was first published in A.D. 628 by the Indian scholar Brahmagupta.

However, the idea would not spread to medieval Christian Europe until the 11th to 13th centuries, so the timeline idea is highly westernized and, if it may be said, inaccurate. More accentuating the necessity of taking world history into a user account to form a better timeline.

The BC/AD date system shows a possibility of a mistake in determining the year of Jesus’ birth. As the system is completely based on the birth of Jesus (the phrase “year of our lord”), Scholars later suggest that Jesus was born around 6-4 B.C. and not 1 A.D.

Some people may think this one particular point casts out Jesus’s death; however, it is not critical as it neither undermines what Jesus did. The Bible is the world’s foremost holy book.

Active Directory simplifies administrative tasks and helps the business, e.g., to manage the sandbox. Administrators enjoy central user and proper management with controlled access to the user’s computer and its settings.

A.D. Group Policy tool allows administrators to. Users authenticate once and then effortlessly access any resources in the domain they have authorization (single sign-in) Plus, files are stored in a central repository where they can be shared among other users. This explains A.D. and its applications in the modern era.

An application protocol called Lightweight Directory Access Protocol is used to access and manage directory services via a network. LDAP transfers the object data over the network resources and saves objects in directory services, including Active Directory, such as users and passwords.

A.D. contains a default schema, but administrators can adjust this to satisfy business needs. Tell me the best way to do this upfront is to plan the Schema carefully.

Because of the central role A.D. plays in authentication and authorizations, changes in Schema on the database may disrupt your business.

It is important to plan for the database upfront before making A.D. changes later in the year. For example, user objects usually have email addresses, names, usernames, and passwords.

7.1. How Is Active Directory Structured?

Anno Domini dating system has three main tiers: forest and domain. Multiple domains might join together to form a forest. Objects of forests will never interact unless administrators create trust between them.

For example, if you plan to construct multiple disjointed business groups, you would make numerous forests. These items are set in a single database and can be managed together. A forest is a security boundary.

For example, a forest may be divided into multiple objects inside a given forest. A domain represents one or several boundaries in a management domain.

The Latin phrase anno Domini works corresponds to Lord Jesus Christ’s birth after the common era. It was a literal era in the early Middle Ages.

The concept of BC and A.D., BC and A.D. as defined above, is how World history is measured, implemented after Jesus Christ’s death, their birth was called the year of our Lord.

Year of our Lord, year of our Lord the after the preceding years in other calendars is different but the same here. Ad means Anno domino, and scholars generally gave it this name because it occurred after the vulgar era. Historical evidence proves the importance of Christ even several centuries later.

Each DC holds a copy of the Directory for the whole domain. This is important to understand that Active Directory is for an on-premise Microsoft environment only.

As a Cloud-based platform, Microsoft uses Azure Active Directory for the same purposes as ADDS. Desktops, laptops, and other computers or systems running Windows are a part of an Active Directory environment but don’t support ADDS.

They don’t use Active Directory on Windows Server. ADDS utilizes standards and standards, including LDAP, Kerberos, and DNS, every fact based on A.D.

Islamic Calendar uses the abbreviation A.H. which means the here. Some people still use B. C. D. which is used to mark years after God’s birth.

9. Why People Have Adopted BCE/CE

By now, but do you know what C.E.? C.E. or Common Era is defined as one of the two-year notions used by the Gregorian Calendars. The Julian calendar is known to be the world’s most widely used calendar era.

This era was considered to begin after the “Before common era,” also known as B.C.E. It can be said that the B.C.E. and C.E. are the alternatives to the Dionysian A.D. and B.C. notations.

After reading this article on “What is AD: The Best 101 Guide” I hope your doubts about AD are clear. So, the next time someone asks you what is AD, you confidently answer them.

Also, check: How to cancel subscriptions on iPhone.