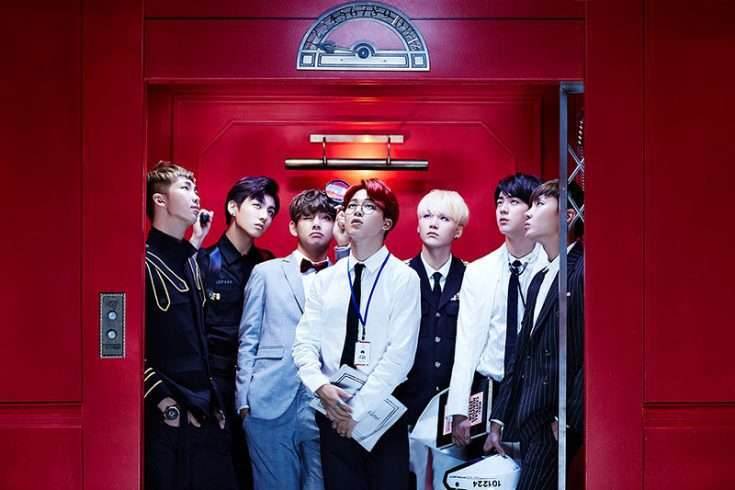 BTS is a K Pop group from South Korea. They are the biggest and most loved K-Pop group and boy band in the world. BTS has been breaking records and making history now. They are known by all. All the members are equally gifted and can not only sing but dance as well.

With six #1 on Billboard Hot 100 and receiving Grammy nominations, they are currently at the peak of their career. They brought forward the name of South Korea and their culture with their music and showed the world that nothing is impossible.

However, despite their success, there is a question that is feared by the ARMY, “When will BTS disband”?

The BTS ARMY have been worried as to when will BTS disband and what is their future. The disbandment rumours have been a massive worry for the ARMY. As many criteria worry all the fans across the globe.

Compulsory Military services of South Korea, their seven-year contract with Big Hit Entertainment. Let us tell you that BTS is not planning to disband anytime soon. Let’s see how.

Formed in 2010 under Big Hit Entertainment (now Hybe corporation), BTS is the biggest K-pop band across the globe. They have been active since their debut in 2013 and have been together for over 8 years now.

If we look back at 10 years from now, BTS were nothing but just seven little boys, working hard to achieve their goals and dream of pop stardom as a band. Now, a decade later, they have achieved the success that no other artist or groups from South Korea have.

The year 2020 was a milestone for the band. With the renewal of their contract with their agency they still have many more achievements to reach.

Born on 12th September 1994, RM is the leader, songwriter and lead rapper of BTS and was the first member to join BTS.

Born on 4th December 1992, Jin is the vocals and visuals of the group. He is also the oldest member of the BTS.

Born on 9th March 1992, Suga is the rapper, producer and songwriter of the group.

Born on 18th February 1994, J-Hope is the lead dancer, rapper and songwriter of the group.

Born on 13th October 1995, Jimin is the lead dancer and lead vocals of the group. Park Jimin was the last to join BTS and be part of it. He almost didn’t make it to BTS but eventually became a part of it.

Born on 1st September 1997, Jungkook is the main vocals and lead dancer of the group. He is the youngest member of BTS and is also famous for the title of ‘The Golden Maknae’ among their fans.

If we look at the Korean age of the members then their ages will be,

If we look at the international age, then it will be,

The year 2017 was the rising year for BTS. With their song DNA, they reached international stages and the rest is history.

With record chart breaking songs and record-breaking albums, BTS are still going strong and have no plans to disband anytime soon.

BTS was present at the 2018 UN general assembly ahead of their “Love Yourself” campaign. On September 24th 2018, they delivered a speech on “Just Speak Yourself”. After that, they were called again for a speech in 2020 and 2021.

BTS has made the entire k-pop fan community proud as they delivered the speeches of 2020 and 2021 entirely in Korean.

BTS at the Blue House:

On 24th October 2018, BTS again made the ARMY proud as they received the “Fifth Class Order of Cultural Merit” by the president of South Korea, Moon Jae-in at the Blue House.

On September 14, 2021, BTS received the special Presidential “Envoy Certificates” by their President at the Blue House.

This in total adds two government medals and certificates under the name of BTS.

Ah, finally the matter of concern.

Ever since the BTS heartfelt speech at the 2018 Mnet Asian Music Awards (MAMA), the ARMY is worried about the mental health of their artists and a possible disbanding of the band. The talk of BTS disbanding has ever since worried the ARMY.

The main concern of the ARMY is Jin’s enlistment in the military. Jin is closing his 30’s and should be joining the military soon.

If we look at the past, many groups disbanded because of their mental health issues and their enlistment. ARMY happens to worry about BTS disbanding like other groups and questions “When will BTS disband” has been flowing around.

The other concern of the fans was the contract signed with Big Hit Entertainment which was supposed to expire in 2018.

So, they don’t need to worry about a disbanded BTS until 2027.

While receiving their third Daesang of the night for Artist of the Year, BTS broke up on the stage and talked about disbanding earlier that year. During the speech Jin said,

“I remember early this year, We were mentally struggling at the beginning of the year. While talking amongst ourselves, we even considered disbanding. I think it’s so fortunate that we got ourselves together and was able to bring good outcomes. I want to thank my members who helped me get myself together and the ARMYs who love us.”

This was really a very emotional time for BTS as well as for their ARMY.

BTS has been working under Big Hit Entertainment (now Hybe Corporation) since their debut in 2013. BTS took over the world in 2017 and are at the peak of their career. They are not planning to stop anytime soon but the disbandment rumours have been worrying the BTS ARMY.

With the members growing close to the enlistment of South Korean military service, ARMY is worried. BTS rose from the ashes, started from zero and now have reached the goals no other artist from their country has ever reached before and the fans don’t want to stop now.

BTS are also the partial owners of the Hybe Corporations, which means they will be billionaires by 2027, so, fans don’t have to think of possible disbandment up until 2027. However, the military service still worries them.

By, 2027, the youngest member, Jungkook will be 30 years old (International Age). ARMY’s wonder that by then if the group decides to settle with a family and stop working as a group. With Jin’s enlistment nearing, it was the most unspeakable fear of the ARMY.

After the enlistment, the group will break and the remaining group will have to work despite Jin. The same goes for the rest of BTS.

There is also no certainty that after finishing the military service, the band will come back, as some might just want to let go of the fame and settle down with normal life or would want to go for solo careers.

However, you don’t have to worry till 2027 as all of their contracts have been renewed and the contracts assure their work together till 2027.

The Conscription in South Korea has been in existence since 1957. According to it, all male citizens between the ages of 18 and 28 has to perform compulsory military service for the country.

The rule doesn’t apply to women, however, they can enlist voluntarily if they want to. This act was named the “Military Service Act“.

BTS is supposed to serve in the military according to the “Military Service Act” and fans are worried about it. If the members enlist in the army, then there is no certainty that they will rejoin the group and the ARMY feared disbandment.

In the past, there have been special circumstances in which some citizens of South Korea have been exempted from Military service. It included athletes and musicians. However, this special leave was not extended to K-Pop artists including BTS.

Being at the peak of their career this thought was the biggest fear of the fandom as they thought that band would disband after this.

Luckily, the Law Makers in South Korea passed a new law at the end of 2020. According to that law, the South Korean parliament passed a bill that allowed K-Pop stars like BTS, to defer their enlistment until the age of 30.

The law allows exemption to people who “excel in popular culture and art”. To qualify for this rule, the K-Pop artists should have received a government medal for their contribution to elevating the country’s cultural influence.

This applies to all the BTS members and they were exempted from their military services until they turn 30. So, the oldest member Jin would not have to enlist until December 2022 and the youngest member Jungkook until 2027.

BTS ARMY was glad to get this news. This law was named the “BTS LAW” by the fandom.

However, the event was postponed for certain reasons. If this law is passed in South Korea, then the BTS members will be exempted from their services completely and will not have to join the enlist even after they turn 30.

If this law is passed, then BTS will become a part of the community of 1804 other South Korean citizens who have never enlisted in the military.

ARMY across the globe was glad to the Korean government for this.

However, BTS has stated that if the country calls for them then they will surely join the military to serve their country.

If this happens there are several ways in which BTS can enlist in the ARMY, they can either go alone or in a set of two during which the rest of the members can continue with the group.

However, it would be hard for the remaining members to continue with the band, or they can all enlist together and go silent for two years.

However, if the whole group goes silent for two years that means loss of the fandom and fame that they have achieved.

As for BTS, they have renewed the contract with their agency and they are not planning to disband anytime soon. The fans can calm down as there are no signs of any potential disbandment of BTS.

Despite all the solo activities they have done, they still want to work together in the future as they have done in the past. They have born some good result with their work.

However, if BTS is updated with any sort of information regarding this topic, we will let you know. So, stay tuned to know more.

If you have any questions, suggestions, views for us or on this topic, feel free to connect with us.

You can drop by the comment section. We would love to hear from you. Until then, enjoy BTS’s music. 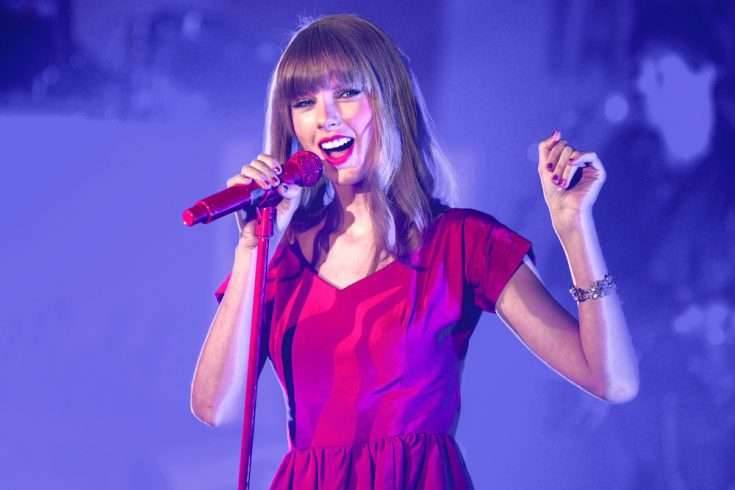 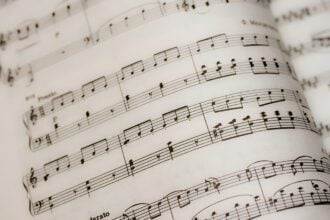 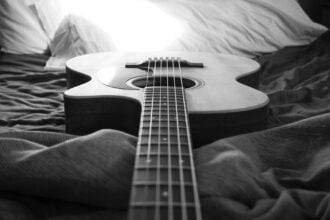 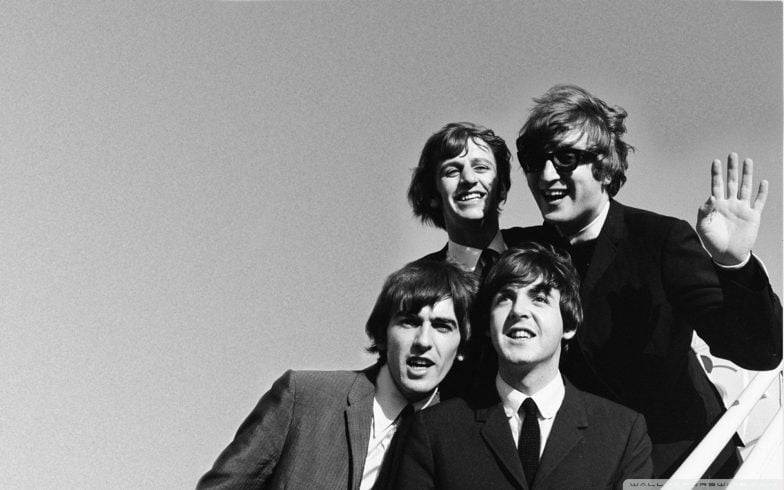