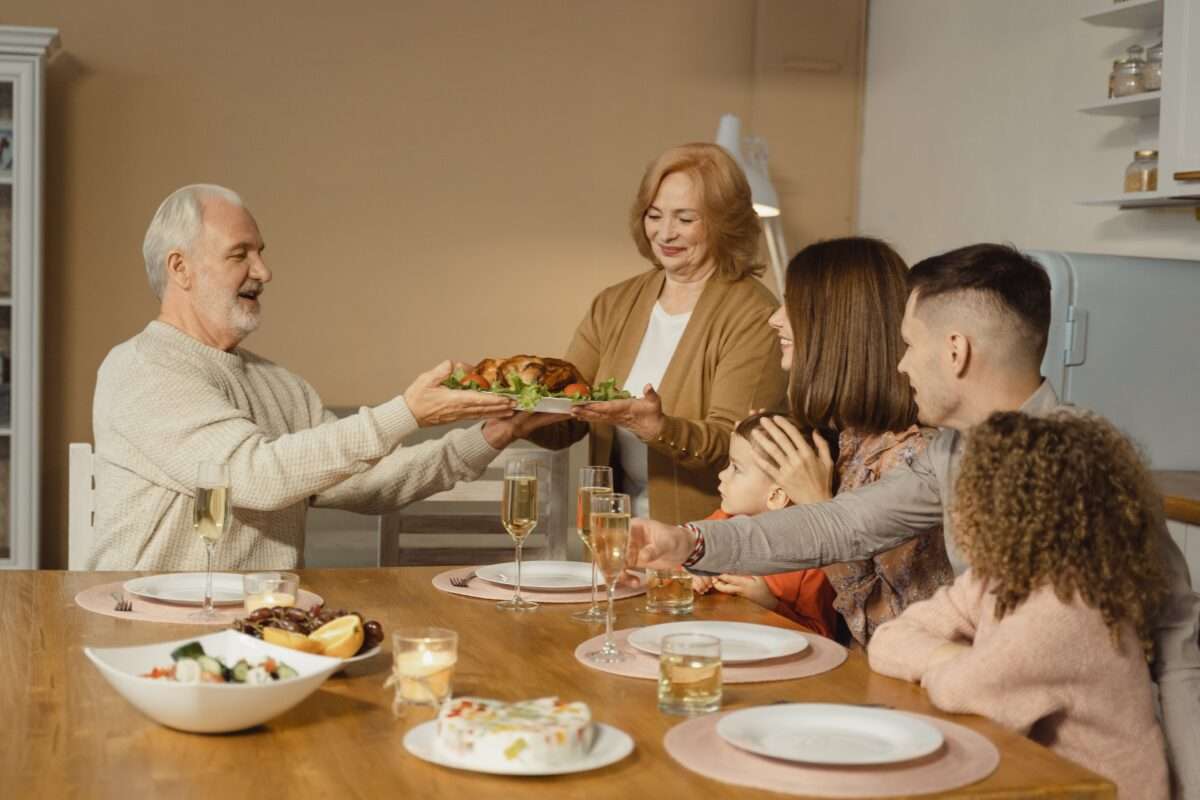 Thanksgiving is a well-known traditional occasion. President Abraham Lincoln declared it a national holiday and it is celebrated on the fourth Thursday in the month of November. Almost everyone across the country celebrates this occasion with enthusiasm and various delicious dishes on their plate, especially turkey.

What Is The Reason for Celebrating Thanksgiving?

This occasion was started to appreciate colonists and their successful harvest meal that they used to share with others, especially with (Wampanoag Indians). As Wampanoag were essential for the existence of colonists. Years later, a ceremonial formal dinner was organized in order to express gratitude on an annual basis; this ceremony now became a common occasion in various places including England.

So basically this occasion is all about expressing gratitude for all the blessings you received. President George Washington 1789 stated a few lines for the purpose of Thanksgiving during the declaration of Thanksgiving, he said: “Although it is the responsibility of every single person to observe the fate of divine God, and not only to obey his sayings and planning but also to be grateful for the blessings, the protection, they received from Angels.

Both the houses of congress through their joint committee asked, to suggest the public of the United States, a day to celebrate as public thanksgiving and pray with their grateful soul, for the experiences they received with the blessings of Almighty God, the opportunities by which the government established for their protection and happiness.”

How To Celebrate Thanksgiving?

Modern Day Thanksgiving tradition is celebrated in the following manner:-

You can watch the live stream of the Macy’s Thanksgiving Day Parade, or the best if you find a spot to watch that iconic moment of marching bands, floats, and parade on the street. The first Macy’s thanksgiving day parade featured central park zoo animals.

Mostly, Thanksgiving is a day or half a day holiday for workers. So if you need some grocery items make sure to visit the stores as early as you can and buy all the things that are necessary for cooking. The best time for shopping is just after the parade. It is sort of the beginning of the Christmas shopping season.

It is an important part of Thanksgiving day. As you are free from your work, you surely need something to kill your time and make yourself more hungry for the delicious dishes at dinner. So watching football is a brilliant idea, you can enjoy American Football all day.

Cooking for Thanksgiving needs hours depending on the variety of dishes that you are going to serve your guests and of course, it depends on quantity, how many people will join you for the dinner. For instance, turkey per pound needs around 20 minutes and about 5 hours in the oven. So plan your menu and guest list accordingly.

Eat the delicious dinner, that you had cooked all day. The laughs and joyous atmosphere will definitely make you eat more than you thought.

Below mentioned are some fascinating facts about Thanksgiving that will amaze you:-

Years back in 1926, Calvin Coolidge who was the president at that time, received a raccoon as a present for Thanksgiving, that was supposed to replace the turkey on the table for the meal. But he and the First Lady Grace Coolidge refused, as they were not ready to eat the masked animal as a meal. So they decided to adopt him and named that raccoon “Rebecca”. Rebecca then became their White House pet.

Prior to the handmade and canned sauces made from cranberries, Americans used this small red fruit for various purposes. They eat it as a fruit and also use it as an ingredient for other dishes. Cranberry was also used to dye various fabrics and it was helpful in healing wounds. Isn’t it amazing that cranberry which are now used to prepare sauce was also used for coloring the fabrics and healing wounds?

Whenever you hear turkeys you probably relate it immediately to gobble but only male turkeys do that, because of this reason they are called Gobblers. Female turkeys don’t gobble, instead, all turkey makes purr, cackle according to the situation.

As everyone gets together after a long wait of thanksgiving and is free from their hectic schedule can enjoy a movie together during Thanksgiving week, it is considered the best weekend to release a new movie on the screen. The best movie release till now was in 2013, an animated Disney frozen made 93 million dollars. That is why it is the number 1 release on Thanksgiving till now.

6. What Not To Eat On Thanksgiving?

Eating tofu is not preferred by most people on Thanksgiving. According to the results of a poll, tofu was the most hated dish or element for Thanksgiving meals.

This famous song that was written in 1857 by James Lord Pierpont was not prepared for Christmas but its original title “One Horse Open Sleigh” was sung for the purpose of Thanksgiving. However, after this song was renewed in 1859, it was solely for the occasion of Christmas.

The first celebration of Thanksgiving took place in 1621 October. Governor William Bradford of Plymouth, Massachusetts, organized this occasion to celebrate the immigrants’ first harvest of corn. Although there is no complete information available, the meal of thanksgiving didn’t include the dishes that were common at present. For instance:- no information is available related to how much turkey was served. But this event was celebrated for 3 days.

9. How is Thanksgiving Celebrated in Canada?

Due to the depression period, FDR moved thanksgiving for a week, with the thought that to give people some extra time for shopping. This move of the president leaves an intense spark among the public, however, the most memorable reaction was from the Mayor of Atlantic City C.D. White. A week later, just before the day of the new Thanksgiving, a public statement was released in which White declared “his city Atlantic would celebrate Thanksgiving twice, so the earlier one would be called Franksgiving”.

But after two years of this decision, the President realized and confessed his mistake, and in order to correct it, he announced last Thursday of November was officially the national holiday for Thanksgiving.

Around 50 million people enjoy this parade every year. The streets start lining up with spectators early in the morning at 6:00-6:30 a.m. although the parade starts after 9 a.m.

The most loving beverage for Thanksgiving is Red Wine. According to a survey, around 50% of the people serve red wine with their dinner for thanksgiving, around 10% serve white wine and the remaining prefer cocktails, beer, or other soft drinks.

According to a poll, the Thanksgiving holiday is considered the second favorite and awaited holiday of people. Like everyone, the complete family gathers and enjoys together. So thanksgiving successfully held its place after Christmas and before Halloween.

Some other Thanksgiving: fun facts are-

But this thing needs to be changed, counting on your blessings and expressing gratitude towards it will bring positivity to your life. There are so many things in our life that we take for granted and it’s high time to understand the value of everything you have and what is better than the holiday of thanksgiving to do that.

It will also help to get clarity on what you need in the future and which things you are lacking now. You can prepare a plan on how to work on those things, and how to achieve them. This will guide you to work properly on the pre-planned path which will save your time and you will achieve your goals.

Besides this, you can do various things that are mentioned in the above section, especially cooking! You can cook the following things for a delicious meal on Thanksgiving night:-

For non-veg lovers, turkey covers most of the table, it can be in the form of roasted, fried, smoked, or brined. But before cooking the turkey, don’t forget to prepare its delicious stuffing. After that, you need to cook of course its mouth drooling Gravy. Mashed Potatoes, also don’t forget to add mashed potatoes to the gravy. Cooking Sweet potatoes is also a good option.

Its sweet and tart taste is no less than delicious Indian Chutney. Cranberry sauce will add wonders to the taste of turkey. You can replace the canned cranberry sauce with an easy homemade recipe.

For dessert after a heavy turkey meal, you can go for pumpkin pie. If you have some leftovers from your main course then don’t worry, keep it for Friday morning but keep some space in your stomach for this tasty dessert.

Concluding this article by highlighting some special things about this national holiday. The whole Thanksgiving day is special yet the most favorite times of the day is the thanksgiving feast, annual thanksgiving parades, thanksgiving gift, thanksgiving staple that include green bean casserole, pumpkin pie, cornbread dressing which definitely increase cravings to eat turkey. Don’t forget to watch football, and enjoy the Macy’s thanksgiving day parade. 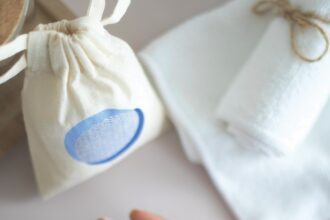