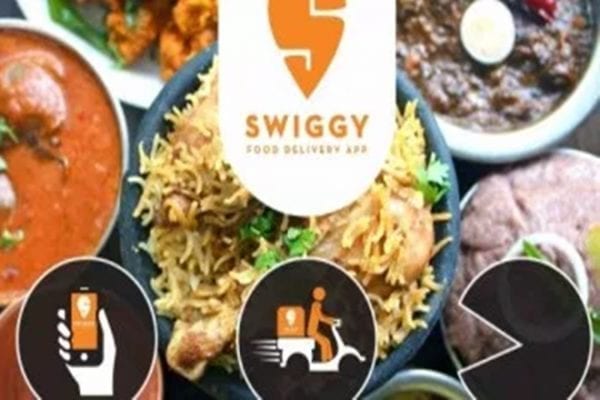 Search ‘open food delivery near me’ or ‘doordash restaurants near me’ and the first ad that pops up will be of Swiggy. Are you a die-hard fan of Swiggy, the acclaimed winner of the ET Start-up of the Year which has revolutionized concepts of food delivery across India? Has the app been the only repository of hope for all the times you have had those sudden food cravings but too lazy to go out? Well then, we have some news for you. Many reports of alleged mismanagement have led to Swiggy in Controversy.

If the statements of some of the employees of Swiggy are to be believed, the company is cheating their customers as well as investors. Two former and two present employees have claimed that the company provides wrong information and false promises to such investors and employees.

The statement has claimed that a significant number of Swiggy’s good reviews on the app stores are unethically bought and paid for. It states, “ On social media, genuine reviews (which are usually bad) get immediately removed and buried since they are mostly negative. Instead of working on customer support, we hide customer reviews on social handles.”

Also, the Tumblr blog reveals some grave allegations concerning the sales numbers, particularly those for December 2016 to January 2017.  It shows that apparently though the sales have dropped in those two months, the investor’s presentations don’t show that at all. The growth is thus projected as false.

Also, the post claims that the owners of restaurants are being taken for a ride. It states, “ We are made to lie about our market share, as well as our order volumes to restaurant owners. The worst part is that instead of helping these restaurants grow their business, we are trained to arm-twist them to increase our commissions every couple of months.”

Cheapest food delivery app or the biggest scam yet? – Swiggy in controversy

The post also reveals that some of the restaurants pay the revenues more than their actual net margins. The commission has been reportedly increased by Swiggy from 5% to almost 25% and is present with the aim of further increasing and making it 30% by 2022.

The report also states that the investors are lied to in issues of the order volumes which are shown. Inflated order volumes were allegedly found in the presentation during the time of raising funds. According to the blog, the numbers which are reported to the media is far from the reality, and are always inflated, not revealing what really is happening in the company. 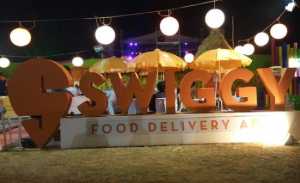 Also, the equity and bonuses promised are allegedly never paid. Even the employees who had been fired claim not to have got their final settlements or any bonuses.  The senior management is apparently always busy in plotting against each other and as the blog reads, “feedback is never welcome here. Office politics is the only way to grow.”

The blog reads, “There are unions brewing inside Swiggy’s delivery fleet and there’s a lot of trouble coming- all for genuine reasons. If someone meets an accident, Swiggy doesn’t take any liability for it. Why? Because they are freelancers.”

Swiggy has however quite naturally refuted these allegations claiming that it was meant to malign the company’s reputation. However, the exact truth regarding the matter still awaits to come to light. According to their statements, Swiggy claims, “We are committed to winning together with all our stakeholders who we have always engaged with, in complete transparency and integrity.”

Swiggy dismisses cheating allegations and counters with a reply-

In a point-by-point reply to the anonymous weblog that leaked on Tumblr on Wednesday, food delivery startup Swiggy has refuted all charges of financial embezzlement and number-faking in the company levied by four former workers.

According to Majety, the first such kitchen will be in Marathahalli and will contain three restaurant brands.

“Swiggy will be pushing innovation here for the benefit of both restaurants and consumers,” he said.

The startup justified its decision to prioritize Bowl Company above its restaurant partners, claiming that the goal is to “increase the number of times a customer may utilize Swiggy over time.”

“If we introduce brands that don’t increase repeat orders but just increase order numbers, we won’t feel there’s a rationale for that brand to exist and will return to the drawing board.” We don’t take a cannibalization approach to any of these projects, “Majety noted.

With Swiggy being one of the major Zomato competitors, let’s see what Deepinder Goyal, founder of Zomato, has to say about Swiggy’s management controversy-

Deepinder Goyal, the creator of Zomato, Swiggy’s main competitor, has come out in Swiggy’s favor.

“We fight with Swiggy ruthlessly, and we’ve never had a rival we admire so much,” Goyal said in a tweet. “Every organisation has difficulties to handle, and a determined team always overcomes them.”

Former workers, on the other hand, have charged the startup with considerably more serious misuse.

Swiggy management has been manipulating sales volume numbers to influence the media, stakeholders, restaurant owners, and investors, according to the workers in the blog post.

Based on internal papers, the allegations were lodged by the post. Swiggy’s response casts doubt on the reliability of the papers.

Swiggy said, “The excel sheet screenshot, as well as a lot more in the article, is pure fiction.”

Swiggy CEO Sriharsha Majety also pointed out a discrepancy between the values seen in the screenshot of the excel sheet and the investor presentation supplied by the former workers.

They claim that management concealed the decline in the investor presentation for their most recent fund raising activities in March.

As part of our usual due diligence that is done before every fund campaign, “the real numbers have been validated by external, unbiased auditors” (a part of the big four).”

Swiggy’s claim of 4 million monthly orders was also questioned by the staff.

They said the company had disabled everyone’s access to the order volume monitoring dashboards only days before Swiggy was named Startup of the Year by a major newspaper.

Employees indicate that before the disruption, the number of orders per month was approximately 3 million, but after access was restored, it soared to 4 million.

Majety defended himself by claiming that the company had just surpassed the 3 million threshold. With the daily order average for the final week of July, the rebuttal validated the thesis.

The company, on the other hand, did not provide a specific date for when it reached the 3 million or 4 million level.

Swiggy examines all commercial agreements every six months, at the same time as commissions. “Only when both parties agree on a commission figure do we sign an agreement.” “There is no breach of contract,” Majety continued.

Swiggy cares a lot about “staff input,” according to Majety, who also refuted reports of a hazardous workplace. “We do pulse surveys, management effectiveness surveys, and open houses across all areas of the organization to promote input and act on it.”

Swiggy went on to say that it holds training and development programs for its delivery executives on a regular basis, and that performance is recognized via prizes and recognition.

“Before being on-boarded, each Swiggy Delivery Executive is subjected to a background check. “All delivery executives are given with family medical insurance and personal accident insurance, both of which are paid for by the company,” he continued.

The debate about millennials continues to rage, with Finance Minister Nirmala Sitharaman’s statement last week sparking a social meme frenzy. Swiggy saw a marketing opportunity in Sitharaman’s remark, regardless of whether or not India’s youth are spending enough to assist the economy.

Social handles exploded with memes, hashtags, and smart remarks when Sitharaman connected the millennial attitude and usage of Uber and Ola taxi services to the car industry slowdown.

Twitterati was unrelenting in its sarcasm, from #SayItLikeNirmalaTai to #BoycottMillenials.

Customer support messages from Swiggy just contributed to the deluge.

So the next time you go and search “takeout restaurants around me” keep this controversy in mind!