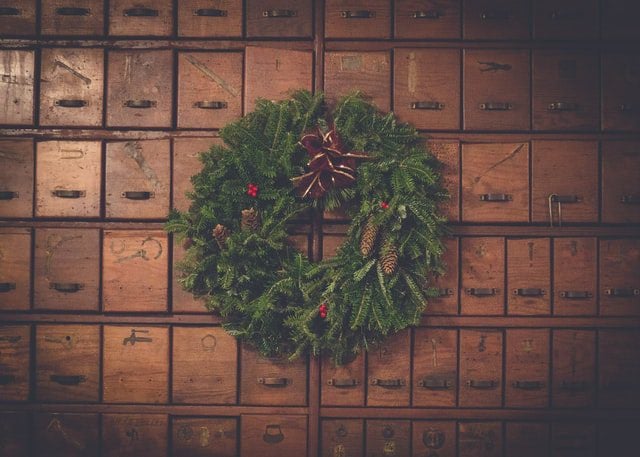 Did you know that people spend over $1.1 billion a year on air travel for New Year? Or that over 50% of people have a New Year’s resolution to exercise more, according to a study?

New Year’s all about love and family. And when it comes to celebrating New Year’s Day Traditions, everyone has their own terms.

At the stroke of midnight, you have people from around the world celebrating. You might see people posting images about their New Years’ Day on Twitter, Pinterest and other social media networks. You will even see tons of videos posted. Televisions have new advertisements from weeks before the New Year to celebrate the event. Couples have dates planned up. It’s not a daily affair for sure on the 31st and the 1st. It doesn’t matter whether you are in Scotland or London, or even if you normally prefer privacy – you would definitely want to enjoy New Year with your family and friends.

However, does New Year really bring luck? How do you want to join in on the festivities? We will take a look at just that in this article – by seeing how different cultures celebrate New Year. We are sure you would love these ideas; they are sure to add in to your experience. 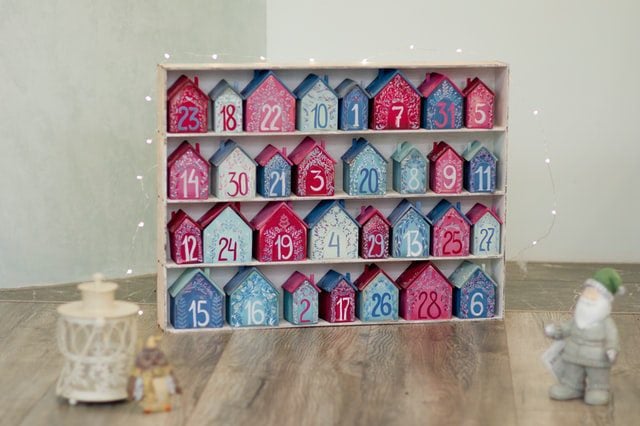 Yes, there are plenty of amusing cultures surrounding New Year’s other than kissing under fireworks and cooking or eating a mouth-watering meal. There are so many traditions, so many rituals followed by so many people across the globe. For example, in the Southern United States and part of Latin America the blend of rice, lentils, collard greens and black-eyed peas are eaten to bring good luck. This dish is popular throughout the country with the name Hoppin’ John. Don’t just wait – try it out.

On the other hand, the Pennsylvanian Dutch eat Pork with cornbread with the belief that it will keep bad vibes away and bring good fortune. Some of you might call them superstitious but don’t deny that these events from place to place is heartily welcomed by all.

From Christmas to New Year’s, as we enter into the season of festivals from the month of December to January, the number of unusual traditions and off the beaten path celebrations increase from time to time. You don’t need to wait – you can do something similar too.

In this article, we include 10 most popular New Year’s traditions and stories from countries across the world.

How do you tell your family you love them? In Spain, if you can stuff 12 grapes in your mouth at midnight you may achieve good luck for the upcoming year. And if the grapes are big enough, you can hope to have better things coming in your way. It’s not black-eyed peas we are talking about.

In Spain and many other Spanish-speaking countries, there is a New Year tradition of eating one grape with each of the 12 chimes at the midnight countdown, this will bring happiness for all the 12 months of the upcoming year. If you fail eating them together, the Spanish tradition will not bring good luck to you. And when it comes to living the whole year happily, you can’t go for any other tastier choice. 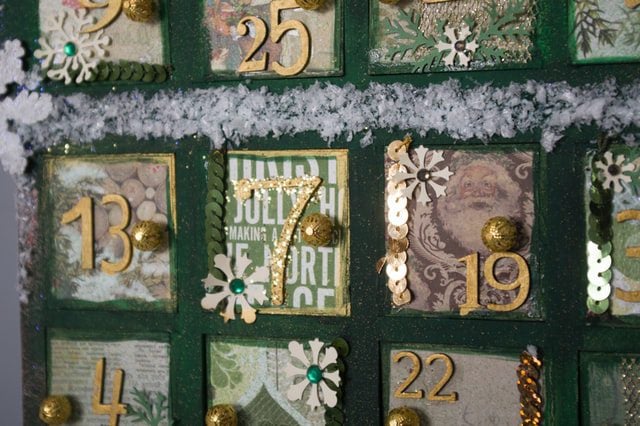 If you are walking on the streets of Johannesburg during New Year’s day, then watch out! Don’t just get out of your house to roam around on the roads.  Here, people have a tradition of throwing their old furniture and appliances like TV, radios and old magazine out of their windows on the streets to clean their houses and start afresh. You can notice this tradition throughout South Africa. You will find yourself in the midst of an adventurous journey of saving your bones if you are out on road!

If you want your wishes to come true with this New Year’s day traditions, all you have to do is, write your wish on a piece of paper and burn it and then put its ashes in a glass of champagne, raise the toast and drink it! No, not a glass of wine for New Years’ but champagne it is. Well if you don’t find it easy to do, then you are not as hardcore as the Russians. They go all-in with their festivities.

Often they meet and participate in this tradition in a large group of families. Not to mention this tradition is not completed without taking in delicious traditional foods like the Russian salad. Eating and over eating delicious food is common among the Russians. You can find the recipes online and try making them on your own.

In Greece, every individual person hangs onions on the door of their homes on New Year’s Eve. This is one of their many beautiful new year’s day traditions. This symbolizes rebirth and the best days ahead of new years. This culture is celebrated to symbolize rebirth in the coming year.

They don’t think twice when it comes to closing the doors of their houses for the night. No, it’s not only for privacy. The next morning when parents open the doors, they wake their children up by tapping the onions on their foreheads for the church. They also prepare traditional food on this day. Even today they don’t leave the house before doing this auld. 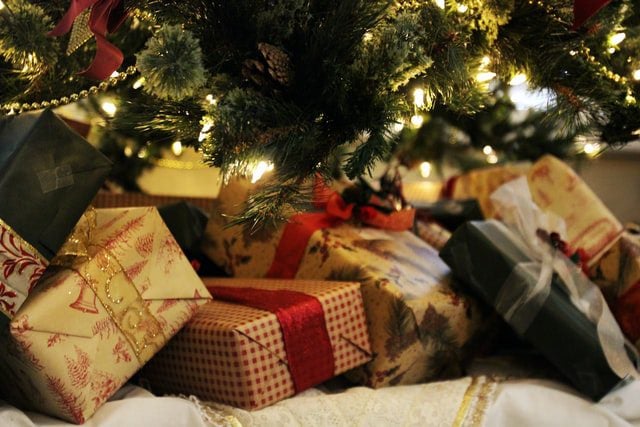 In Belgium, the New Year’s Eve is celebrated as the St. Sylvester’s day in every city. Belgians are known to celebrate holidays with an enthusiasm like no other. And it is worth mentioning that New Year’s is no exception. Dont forget eating delicious food and drinking champagne are a must. Read on to know more.

Besides drinking champagne, the parents provide their children with letter writing equipment. They set up and write letters to their parents and godparents on the New Year’s day. They decorate the cards with fancy papers and coloured roses and angels and read them aloud for better health and good life throughout the year. They also send these letters to friends and relatives who stay away. You don’t want to forget your loved ones during the New Year, do you?

In Puerto Rico, traditions involving water are followed prominently around the New Year to bring luck. One tradition is to throw a bucket full of water out of the window on New Year’s day to drive away evil spirits. Another one is to fall back into the waves when the clock strikes 12 to keep the spirits at bay and away from the shore.

These symbolize driving away the bad and calling in the great. They also believe that wearing yellow and green underwear to party brings good fortune. To learn more about their unusual traditions click here. We assure you will find a lot of content you will like.

Ever heard about celebrating New Year’s with a sweet traditional cake and desserts? In Greece, New Year’s day tradition has a touch of history as well. It is celebrated as the St. Basil’s day, in remembrance of St. Basil, one of the founders of the Greek Orthodox Church. The Southern Americans eat black-eyed peas and the Greeks bake traditional cake called St. basil’s cake. The recipe is available on the web,

Don’t mistake it with any ordinary cake. Eating this cake is a tradition that has never changed over time. They also prefer to eat it at midnight on New Year’s day for good luck.. They decorate the table and a gold or silver cake is placed inside the cake. Whoever finds the coin in their cake piece will be exceptionally lucky in the coming year.

The Chinese wear red on New Year’s to bring good fortune, Puerto Ricans wear yellow to begin a happy year and the natives of the Philippines wear circle. Yes, they enjoy wearing new polka dots of any color on the New Year’s Eve without any change while carrying coins in their pockets on New Year’s Day. Even the pets are given round objects to play with from time to time. The shape is the most important in this holiday celebration. You don’t want to compromise on that.

Round objects are a sign of prosperity, and they think anything round will bring wealth and thus they have a ritual of eating and displaying round objects on New Year’s day, like whole food, gifting round balls, plain clothes or anything good as long as it is round. Don’t mind eating a lot of round objects and gift some as well. You are sure to be content then.

In Denmark, they save all their fresh food dishes and plates till New Years’ eve and then happily smash them against the doors of their friends and family. Relatives and friends visit each other not with balls like Filipinos but gifts of new plates on new years day just to join them and break the plates together. Broken plates represent the coming of a new year. Yes, breaking plates is believed to be the masterstroke to drive away bad vibes. You don’t want to feel sad when it’s New Years’ after all.

During this time, for extra good luck, it is customary to stand on the top of a chair, eat cookies and leap off at midnight. Before midnight you can’t drop the plates and you can’t stop in the middle of this ritual. And of course, good food is a must to have! So if you want to have a taste of this tradition, don’t stress and prepare yourself as you’ll have to watch your money going away through the broken plates.

In Japan, during this festive season people ring the bells of the ancient temple 108 times in a row at night, in alignment with the Buddhist belief that this brings cleanliness. Yes, that’s a lot of work. And they continue the process for every participant. It is also considered good to clean the house and resolve conflicts from the previous year and ring New Year in with a clean slate and also to keep smiling while going into the new year as it supposedly brings good luck. This traditional new year’s celebration is popular among tourists as well. In 2019 more than one million people took part in this tradition to bring good luck.

There are several other interesting ways and customs to celebrate the start of the calendar like in Scandinavian countries, for all communities it is a common practice to add hot and spicy fish in dinner menu for New Year’s day. The significance of the Times Square ball on New Year’s Day is known to all. In Italy wearing red underwear is believed to spread year-long prosperity. In every region of China, New Year’s tradition includes the mothers of each family lighting up the house with red decors. They believe red strokes drive away bad luck and symbolize the real picture of a healthy and happy lifestyle.

If you thought the best start of the new year was to wish a happy new year, live a night filled with entertainment, a kiss under the marvelous view of fireworks of California or celebrating any usual custom traditionally, then this content has already taken you to a special journey.

Speaking about new years, what new year resolutions did you take last year? What’s your favorite among these New Year’s day traditions and also what is your favorite new year’s dish? What are your ideas for celebrating New Year’s day traditions or the overall holiday season of December and January? What’s your idea of a good New Year? Add your thoughts about it in the comment section below.