The Top 25 Facts about Kurukshetra

There have been a lot of cities and places in history that have witnessed significant events that shaped the world. The cities get influenced in the process. They reach their zenith, see prosperity, or participate in wars, ruins, and downfall. Some cities stand as evidence fo what they witnessed in the past, bringing so much amusement to the present world.

One such city is Kurukshetra. This city has stood tall and magnificent over thousands of years in Indian history. It is believed that this city witnessed some of the most significant wars of all time and still stands in its grit and glory.

While there are many other Indian cities that can be addressed under the same tags, Kurukshetra stands unique, for it stands as the most significant supporting evidence of Hindu mythology and the holy scripture of Hindus, the Bhagavad Gita. The city has evolved astonishingly from the ancient known history to the present, but it never lost its glory in the process.

2. The city has various other names such as Brahmavedi, Brahmavrat, Nagahad, Ramahad, and Samantpanchak. It was finally named Kurukshetra under the name of King Kuru, who is an ancestor of the Kauravas and Pandavas. The earlier names also have their specific origins. This city has a long history of naming itself. 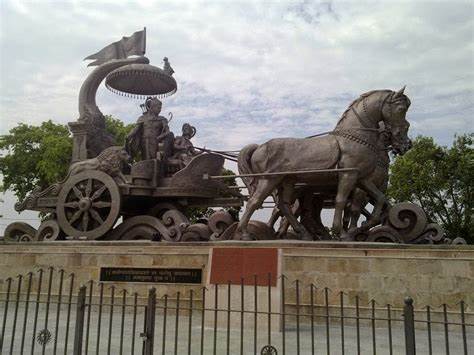 3. It was called with the name “Samantpanchak” when Maharishi Parashuram created five ponds with the blood of Kshatriyas as revenge for his father’s murder. These five ponds were later turned into sacred lakes and were worshipped by various rishis and gurus.

King Kuru cultivated this holy land with a golden plough. Hence, it got finally settled with the name “Kurukshetra.” The naming of this city has itself been a testimony of some critical turn of events in Hindu mythology, that gets a mention in the religious and sacred scriptures. Today, it is still known with the name of Kurukshetra as mentioned in religious texts

4. There are various mentions about Kurukshetra in Shastras, Vedas, Puranas, and the Upanishads. It is said that Kurukshetra is located to the south of the ancient river Saraswati. Many rishis have practiced austerity on the banks of this mighty river.

5. Many deities of the Hindu mythology are believed to have performed Yagyas and sacrifices in this place. It is because this land is believed to possess powers that help rishis and deities to manifest their wishes. Some of the deities who performed Yagya here include Lord Indra.

Lord Indra performed a Yagya to win over the demon Vritasur. Sund and Upsund devils were the rulers of Kurushetra during the time of this Yagya. Lord Budhha also visited this holy place, and it was called Kurujanpad during his visit. It is mentioned in Buddhist scriptures as Panini Ashtadhyayi in the Pali language.

6. There are mentions about Kurukshetra in the notes of the famous Greek scholar and traveler Megastheneez as well. It is described as a state in the coastal region of the Saraswati river and flourished with peace and prosperity.

8. This gives Kurukshetra the name of “Geetasthali.” The exact location of where the preaching happened is called Jyotisar. It is still one of the most visited tourist destinations in Kurushetra. There is a tree called the “Akshaya Vat,” which is considered an immortal tree that was present during the preaching of Bhagavad Gita. It is 6000 years old. 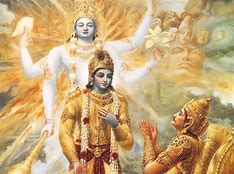 9. A critical fact about Kurushetra is that according to Shastras, it is a state with an area of 160 square kilometers. It is being guarded by four Yashas, namely Tarantuk, Arantuk, Ram had, and Machtuk. They protect Kurushetra from all the four sides standing as security personnel.

Today, Kurushetra has an area of about 48 square miles and is one of the 21 districts in the state of Haryana, India. This fact about Kurukshetra mainly gives us insight into how it has evolved in the city area and planning from then to now.

10. There are so many sarovars or ponds in Kurushetra. Taking a holy bath in the Sarovar of this place is considered to be supremely divine. It is said to relieve us from the circle of life and death. It helps us achieve salvation or Moksha and takes us to the Swarg (Heaven).

This holy bath is even more special when taken during the solar eclipse. This bath gives the blessings of hundred Ashwamedha Yagyas, according to Hindu scriptures. Ashwamedha Yagya is a ritual performed by kings to establish authority over the other kingdoms.

This belief is followed to date, and the tourism department of Kurukshetra holds a grand fair. “Daan” or charity is also offered by many people to increase their blessings by 13 folds in 13 days. It is interesting to know the fact about Kurushetra how deep it is rooted in the culture and its earliest identity despite being invaded by various dynasties over many years.

The Number Facts about Kurukshetra

11. It is believed that there were seven forests in Kurukshetra, which are Kayak, Aditi,Vyas Falki, Soorya, Madhu, and Sivan. Apart from these forests, it had seven sacred rivers as well. The names of the rivers are Saraswati, Drishdwati, Vaitarniganga, Mandakini, Madhrswa, Kaushiki, and Hiranyavati.

There are historical facts about Kurukshetra that there were seven towns in this state, namely Thanesar (Sthaneshwar), Jind, Safidon, Kaithal, Kalayat, Pundri, and Pehova. Kurukshetra occurs to be a place with heavy spiritual and religious influence owing to the number of sacred rivers, ponds, and forests it has.

This place is also home to 5 Lord Shive “Teerthas” or holy places which are present in the vicinity of present-day Kurukshetra city. There were a total of 165 teerthas in the ancient state of Kurukshetra.

These numbers of facts about Kurukshetra depict the uniqueness of this city about the repetition of numbers.

Pandavas asked only for Krishna’s support and guidance. Krishna was restricted from handling weapons on the battlefield.

14. Vikarna was the only one amongst the Kauravas who followed Dharma and stood against his brothers during the episode of Draupadi’s disrobing. Vikarna, indeed, requested Bheem to fight with him on the battlefield. He considered it his Dharma to support his brothers, the Kauravas in the great Mahabharata war.

15. Yuyutsu was the son of Dhritarashtra and Sugadha. He is the stepbrother of Kauravas. He fought for the Pandavas against his stepbrothers. He was the only child of Dhritarashtra who survived the war. This fact about Kurukshetra’s war shows the importance of righteousness and standing up for the Dharma we believe in.

16. The battle of Kurukshetra is considered to be a Dharmyudh, which translates to the action of righteousness. The rules for the war were decided before the war began. War was stopped at sunset every day. Battling after dusk was considered a war crime.

Unarmed people in the war and people who were not part of the war should not be attacked by another rule laid, although it was broke.

The war took place for 18 long days with 7 Akshauni or division of armies on the Pandavas side and 11 Akshaunis on the Kauravas side, giving a total of 18 Akshaunis participating in the war.

17. 3.94 million warriors fought this war. Only a mere 18 people survived this great battle. Since it was a considerable task to cremate the dead bodies, the whole battlefield of Kurukshetra was burnt. Hence, there was no evidence of bodies killed on the battlefield found. It is the largest single mass cremation that happened to date according to popular Hindu beliefs.

18. Sahadev was one of the Pandavs who was an expert in astrology. Shakuni sent Duryodhana to Sahadev to fix the auspicious time to start the war. Sahadeva gave his honest answer and disclosed the right information despite Duryodhana being his enemy. He also knew that the Pandavas would win the battle.

19. Abhimanyu, son of Arjuna and Subhadra, was the youngest warrior in the field of Kurukshetra. He was also known for his might and bravery. He was trapped in a formation called Chakra Vyuh by the Kauravas and was killed. He showed exemplary courage and died fighting.

This act is considered as the first instance of rule brak of Dharmayudh. The rule breaks then continued from both sides of the army.

20. One of the most exciting facts about Kurukshetra revolves around Bheem and Draupadi. Bheem and Draupadi were known to have intense chemistry and love for each other. During the disrobing of Draupadi and her humiliation in front of the whole court at Hastinapur, Bheem pledged to kill Dushasna by plucking his arm and drinking his blood.

Draupadi pledged not to braid her hair till she washed it with the blood of Dushsna. All the pledges taken that day were kept on the battlefield of Kurukshetra. It is one of the most heinous acts of revenge taken in the history of warfare around the world.

Other dynasties and religion in Kurukshetra

21. Kurukshetra reached the zenith of its progress in King Harsha’s reign.  This fact is mentioned by the Chinese scholar Xuanghang who visited Thanesar. He also wrote that the Mauryan empire there in the late 4th century became the center for Buddhism and Hinduism.

22. After the fall of the Mauryan and Kushan dynasties, Guptas conquered Kurukshetra, followed by the Pushyabhuti dynasty.

23. The first Muslim invasion in Kurukshetra happened in 1034. This place had also been attacked by Mohammed Ghazni in 1014. It became part of the great Delhi Sultanate in 1206. It was under Delhi sultanate till 1388. 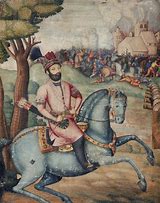 The Sayyid dynasty and Lodi dynasty ruled this place later. In 1526, when Babur established the Mughal empire in India, Kurukshetra came under the Mughal rule.

24. Nine out of ten Sikh gurus have visited Kurukshetra and Gurudwaras have been established in the memory of their presence. Saint Bhai Gulab Singh and Saint Santhosh Singh have written many religious scriptures in the holy land of Kurukshetra.

Thus, Kurukshetra stands as a holy land for Hindus, Buddhists, and Sikhs.

25. Today, Kurukshetra is not only known for its historical pilgrimage but also its educational institutions. It is one of the institutional hubs in Haryana and North India, being home to Kurukshetra University, NIT, NID, etc.

Watch this video on the great war of Mahabharata:

These facts about Kurukshetra show us how a city evolves with its people while withholding its pride from the past. It is one of the very few cities that stands as the testimony of time.

Comment those facts about Kurukshetra, which you found interesting.

Share
Facebook
Previous articleWho is a Green Influencer?
Next articleAccessories & Jewellery for Men: How do You Find the Right Fit?