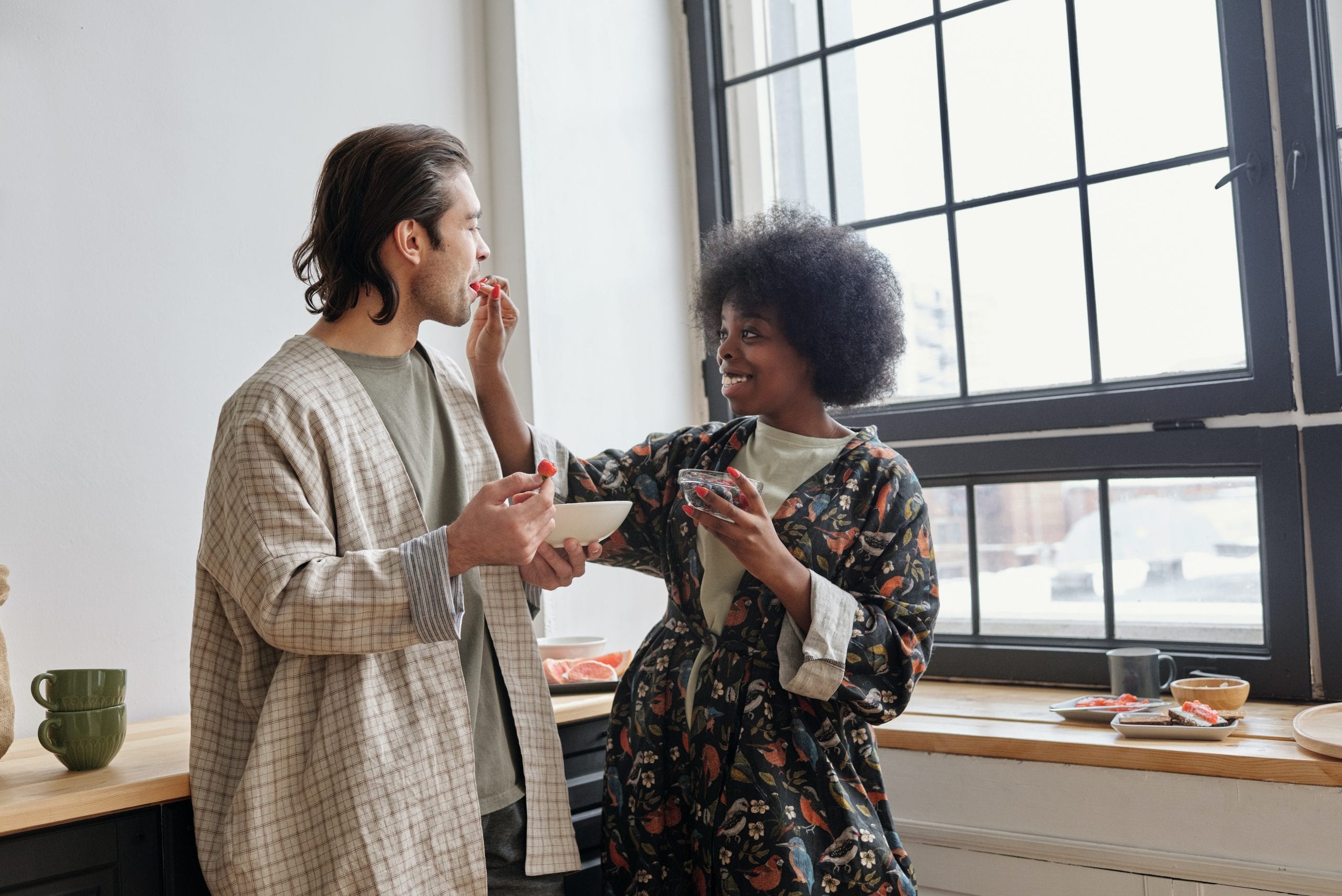 Nobody ever said that flirting was easy. And so, help you out, here’s a guide to healthy flirting – 12 key dos and don’ts that everyone must adhere to.

Like everything else, flirting too has its list of dos and don’ts. There’s a certain way to do things that must be followed. There are rules. Now, of course, these rules can be manipulated to a certain extent depending on the situation and the kind of person that you are flirting with but there is a basic guide to healthy flirting that one must follow.

There is no definite rulebook if that’s what you’re looking for. You see flirting is like cooking, now I can’t give you the exact recipe just yet. There is no fixed recipe, all I can do is provide you with the ingredients and then you have to work your magic from there.

If you want an actual future, with an actual loving relationship where you can be friendly with each other, trust each other and respect each other then I have just what you need to obtain that – A guide to healthy flirting – 12 key dos and don’ts 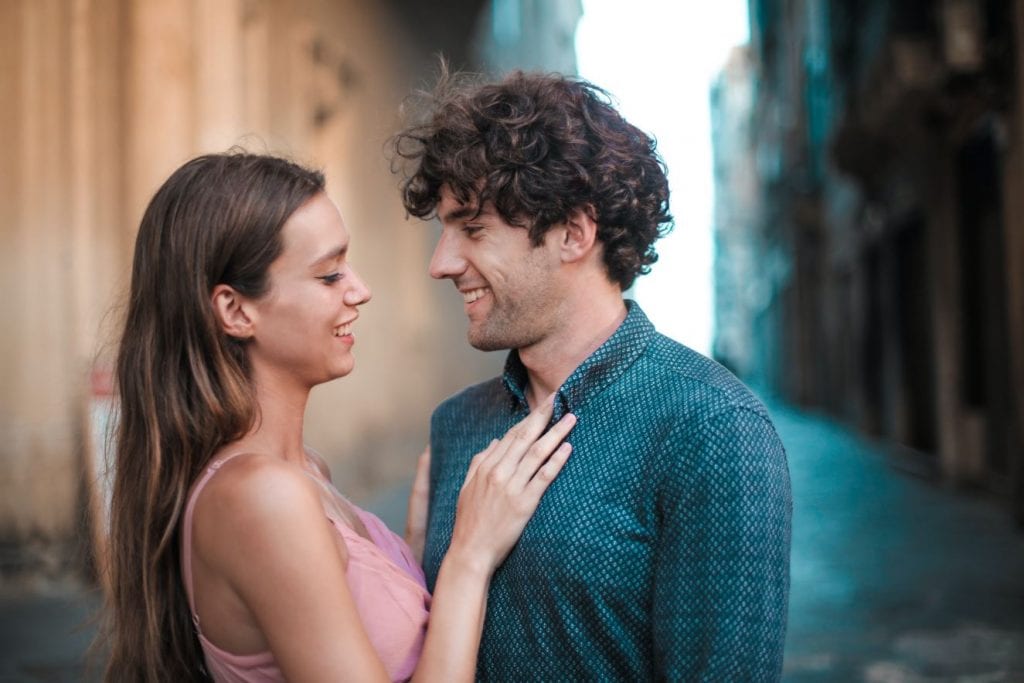 A guide to healthy flirting – 12 key dos and don’ts:

1. Do talk about what you expect from this relationship 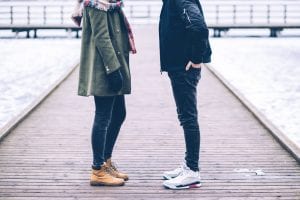 This is not something you want to go into blind. Before making a move make sure you know exactly what you’re looking for, whatever it may be.

A casual hook-up, friends with benefits, a fun and flirty friendship, an actual mature relationship – flirting can lead to multiple possibilities so one important point of a guide to healthy flirting is that you know exactly what you want and what you expect going into this relationship.

And let your partner know this in the very beginning as well, you don’t want this to reach that awkward stage a few weeks from now when you run into them at a coffee shop and they ask you why you didn’t call back.

In your head, it might’ve meant something casual or a one-time thing but it was different in theirs, which is why it is important to talk about these things beforehand.

2. Do not bring up failures from the past 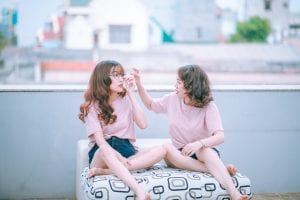 It is clear that when you mention what you expect, it is because you might’ve had failed experiences in the past that led you to believe it is important that you talk about things before getting into anything.

And as a part of a guide to healthy flirting, that is the right thing to do. But you don’t need to talk about failures of the past right away. This will cause them to only see the flaws in you initially, which cannot possibly end well for you. 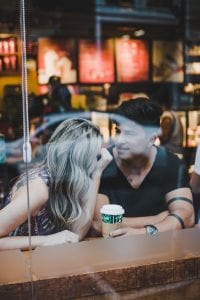 If you’re flirting with somebody, you want them to take a liking to you. You want to stand out from all the other people that have flirted with them in the past.

Showering them with compliments is never a bad idea, but then again, it is the first thought that comes to your mind when you think about flirting with someone, isn’t it? So just wonder how many other people must’ve thought about it too.

As a guide to health flirting would say – it is important to think beyond just that. What would make you stand out is going beyond the first stage and initiating an actual interesting conversation that would complement more than just one looks as well. Trust me on this one.

The guide to healthy flirting also states that you must make sure you do not overshare.

When you initiate an interesting conversation, you must also hear them out and let them talk. You know you’re on the completely wrong end of things when the conversation begins with talking about vacations and you end up talking about how your uncle sprained his leg while snowboarding.

That’s when things have gone a little too far, and guess what you see when you look up, someone who is completely uninterested in you and is bored out of your mind.

So, make sure that you only talk about the highlights and things that would actually seem interesting or intriguing to the next person and that you don’t accidentally overshare.

5. Do seem open to trying new things and experiences 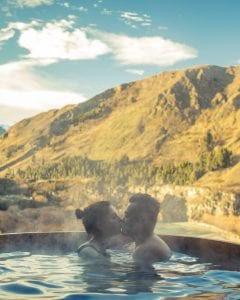 Nobody likes a completely introverted bum who has the same old strict boring daily schedule and does the same things again and again on repeat.

Not just as a part of a guide to healthy flirting, but can you imagine living the same life every day as if it were a song on repeat. Remember to always be up to trying new, trendy things and experiences. Remember to be bold and be brave.

That’s what makes someone super attractive. Don’t do this just for the flirting but also for yourself. You don’t want to end up regretting wasting your life away in later stages. Be open-minded even when you hear about things others have done that might seem crazy to you. Even if you don’t want to try them for yourself, be appreciative of the fact that somebody else did.

This one is a very important key point on the list of dos and don’ts to a guide to healthy flirting.

6. Do not come off as an over-enthusiastic adrenaline junkie 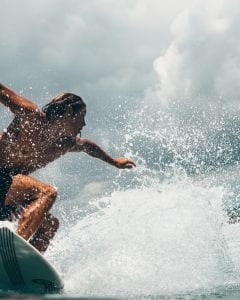 The way a guide to healthy flirting sees it, there is a fine line between being open-minded and adventurous and being a straight-up crazed adrenaline junkie.

So, when you begin to flirt with someone, take your bright energy with you but remember to tone it down a bit and not seem as crazed as you are right away. Give things time to sink in. 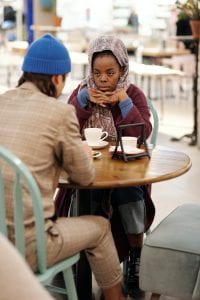 We get that your last break-up hit you like a truck. But as a part of a guide to healthy flirting, you must remember not to mention any sensitive topics while you’re still in the initial flirting stage.

This isn’t just because nobody would want to hear why you’re flirting with them right now because you couldn’t be with the one who dumped you but it is also because not mentioning problems you’ve had in the past will help your performance in flirting better.

It’ll also put you in a better mood, which will directly lead to the one you’re flirting with have a better mood as well. So, whenever you’re on a date or have run into somebody attractive whom you want to flirt with always remember to strictly avoid any sensitive topics in the beginning stage.

It is important to talk about those things as well, I agree but this is something that you should talk about in the later stages of the relationship, not right away.

8. Do not lie to cover mistakes up instead 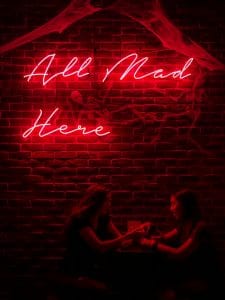 A guide to healthy flirting will tell you to not bring up stories of the past, but if unfortunately, due to some reason or the other, they do come up, do not lie about them,

Honesty is the best policy, I’ll assure you. So, if it does come up, you must be truthful. You don’t have to go into the details of it just yet, but you must be 100% honest about whatever you say. And it isn’t just lying to cover things about.

When you’re flirting with somebody never lie about anything – accomplishments, your life, family, past nothing. And this is for multiple reasons; if you get caught, it’ll be embarrassing, if this comes up in later stages of your relationship it’ll cause irreparable damage and if you ever want to come clean, your partner might not ever forgive you for betraying their trust like that.

A big don’t from a guide to healthy flirting is to never lie.

9. Do make time for each other 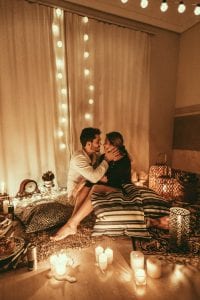 According to the guide to healthy flirting, It’s essential in every relationship or every almost relationship (the flirting stages) to make time for each other.

Quite like with children, plenty of constant care and attention are required in flirtationship as well. We get that you have busy schedules and that you have a life other than just work which consumes a lot of time and energy. But make sure that you make time for your partner as well. If you don’t, they’ll lose interest and before you know it, you’ll lose them.

And when you’re with them, try and do what they might be interested in as well and stay off your phone. 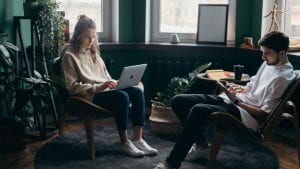 Just because you make time for and pay attention to each other, does not mean that there isn’t another entire world out there.

One of the main points under a guide to healthy flirting is to make sure you don’t neglect responsibilities when it comes to your work, family, and friends just because you’re too busy flirting.

Instead, find ways to incorporate those things while you flirt, and make equal and enough time for both. You know your partner is the right person if they understand that you are not available 24/7.

But remember this is no excuse for you to forget they exist and ignore them while you have fun either. In an earlier point of a guide to health flirting it does say that you must make time for each other. 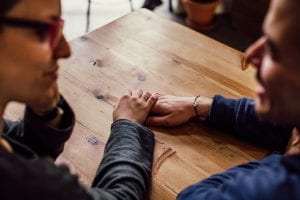 Everyone knows that confidence is sexy. The guide to healthy flirting highly recommends making the first move.

Your partner might be nervous at times, might have insecurities and wonder if they’re good enough and might even have anxiety, so if you notice all the eye contact that the two of you have made all night and the little flirty moves that were passed at each other then that’s how you know that it’s time to make the first move.

Click here to read about signs that he’s flirting with you so you know when it’s time to make the first move.

12. Do not come off as overbearing or clingy 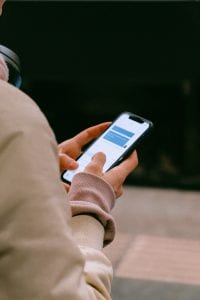 Here’s another important key point of what not to do from a guide to healthy flirting.

It’s great to show interest and be confident about what you want and going lengths to get it, but how far is too far? People will often say there are rules after dates. 2-day rules, 3-day rules, let the guy call the first rule or let the girl contact my first rule. They’ll say there are many.

And well sadly, such stupid rules do exist but there isn’t a universal rulebook per se, these rules are all made up in people’s heads. That is why it is simply great when you get the confidence to make the first move.

But when you notice that the response is light and not as enthusiastic that’s when you know that maybe he isn’t that interested. So, avoid the double texting and make sure that you don’t come off as overbearing or clingy because well, to be honest, nobody would want to get with that.

Many things could go wrong and well some even go your way when it comes to flirting. It can be a very different person to person. But some basics do apply to everyone and these were some of them. Always remember for every do, there is a don’t. And things go much smoother when you play by the book.