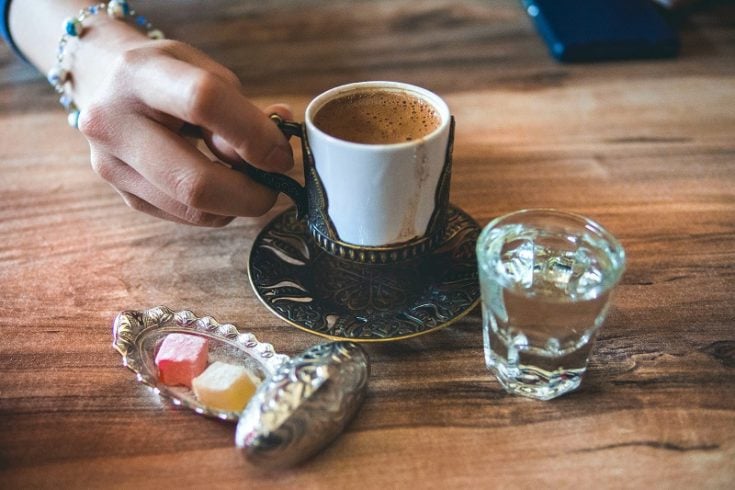 Have you seen coffee being served in those beautiful Turkish coffee cups with chocolates or special Turkish delights in Turkish dramas? You must have wondered how to make Turkish coffee. The coffee they drink isn’t the coffee that is normally made here. This way of having coffee is very popular among the people of the Middle east.

The coffee is made in a special brass or copper made pot called “Cezve” in Turkey or “Ibrik” in other places. You must be thinking if you cannot get certain things, you wouldn’t taste the Turkish coffee. Well, do not worry. After reading this article, you will know how to make Turkish coffee with just the products you have in your household.

So, let’s dive directly into the process of how to make Turkish coffee.

Coffee is served in beautiful Turkish cups with water and Turkish delights or chocolate.

3. Tips on How to Make Turkish Coffee:

Here are some tips and a new take on how to make perfect Turkish coffee.

4.1. History of Coffee in Turkey

It is believed to be started around 1500, though it has two tales of it.

The first one is that the Governor of Yemen first found the coffee beans, and then he introduced it to the Sultan, Suleiman the Magnificent. Sultan’s staff prepared it in their way, which is how it’s made in the present. Locals loved Turkish coffee, and soon it flourished around the region. Special professionals who knew how to make Turkish coffee, like the palace’s way known as “Kahveci Usta,” were hired by richlings. Few also started their coffee shops which were a huge win in the Turkish business.

The second is that two Syrian men Hakam and Shams, moved to Istanbul, they opened coffee shops like the ones they had in Yemen.

People were soon obsessed with coffee; even a law made for women to divorce their husbands if they were not fulfilling their everyday quota of coffee!

Drinking Turkish coffee prevents heart disease. It lowers the cholesterol level in the blood and is also good for headaches and bone pain. It also works well for people suffering from migraines. Though it has many benefits, there is an old proverb that “Excess of Anything is Bad”. Drinking too much coffee can lead to various heart diseases. People already with heart disease should be careful with the amount of coffee they take every day. Coffee could also alter heart rhythm. As it has unfiltered coffee, the amount is caffeine is concentrated; thus, it is addictive. So, it would be best if you were careful about the amount of coffee you take.

4.3. Coffee House Culture Around the World

Coffee Houses flourished in the Middle East first, then Europeans followed this way of making coffee. Coffee houses soon became very popular for chit-chats, business meetings, and a place to hang out. The first coffee house in Europe was opened in Venice, as it was the hotspot of Business in Europe. It is also believed that Sultan Mehmet IV visited the King of France, King Louis XIV; this was Turkish coffee in French society. During The Battle of Austria, Turkish troops left coffee bags behind, and then Austrians discovered how to make Turkish coffee.

In Turkey, young maidens should know how to make Turkish coffee when the groom’s family arrived, according to which she was judged that how good of a wife she would be. Also, the maidens mixed salt in the coffee to show her displeasure with the groom, but if she liked him, she mixed lots of sugar in the coffee. If the groom chugs down a salty coffee, he shows how much of a man he can be and how much he likes the young woman.

Turkish coffee was originally served unsweetened, and also it was unfiltered, so naturally, it tasted bitter. So, when sugar came to Europe first, it traveled to Turkey as well, the invention of Lokum (Turkish Delights) by Bekir Efendi happened, and they started serving coffee to avoid the bitter taste. People there also believe that if the guest eats Lokum after the coffee, he is happy with the way he was hosted.

Tasseography is the method of interpreting and reading patterns of coffee grounds of a person’s cup and telling his fortune. Few people who aren’t familiar with this method can relate it to the movie series “Harry Potter.” In Hogwarts, there was a teacher who read coffee ground patterns and told student’s future. This art of reading fortune has been in not only in Turkey but all around the world. Few people do it for fun, and some take it very seriously. However, if you want to be careful, you could have different results with different readers as it is based on the gut feeling of how a reader interprets the pattern.

You must be very excited to try this recipe, but know that it’s very addictive. When you follow this how to make Turkish coffee recipe, you would feel that rather than just brewing, it is more of a whole cooking experience. It would be best to have a lot of patience throughout, but the taste is worth it.

Traditionally it is made on hot sand, so you definitely get a different essence that way as well.

A few points that you should know about are that do not expect it to be amazing just from the first try. You get better slowly. Also, the milk version tastes better, so you should definitely try it.

Don’t worry about it getting cold if you are making it one by one for people. The bubbles help to keep the coffee warm.

Have fun trying this new way out of your espresso coffee. Do share your experience with this recipe on how to make Turkish coffee in the comments down below. 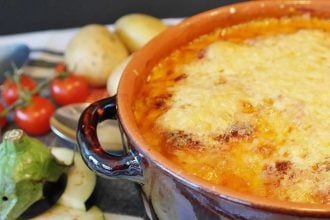