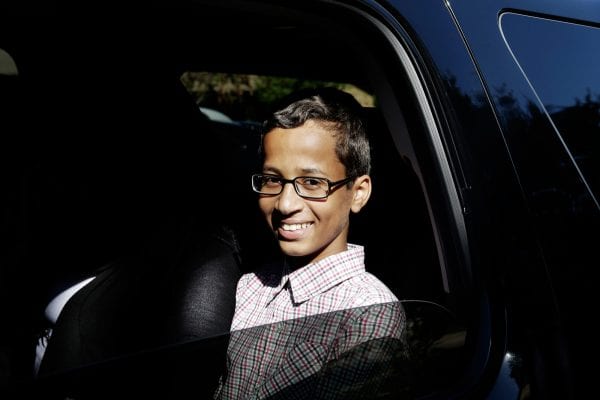 This might be the shortest route to fame for Ahmed Mohamed, with the least effort whatsoever. The Texas guy, Ahmed Mohamed- a 14-year-old school goer has found this new recipe to stardom out of nothing but a clock in his hand, which was replaced by handcuffs. The crime he did? Brought a homemade clock to school.

Ahmed Mohamed might have been excited about his ‘cute’ innovation, but little did he know that his clock would be mistaken as a ‘bomb’ by his English teacher and will bring him behind bars. This might have given his family a blow but made him an overnight internet celebrity.

Ahmed Mohamed is the son of a fisherman who hails from a Muslim family in Sudan. Interestingly, his father has sought to be elected the Sudanese President twice. The clock he brought to school was a simple work of arrangement carrying a circuit board wired with power supply, compiled in a rectangular case- a keen work of engineering by a young teenager who was appreciated for the same by his engineering teacher.

Things turned to get weird when this clock beeped during his English lecture, and his teacher turned skeptical. Taking him to the principal’s office, the police later came to the scene, and after an hour and a half of interrogation, Ahmed was taken into custody in handcuffs. According to him, he was not allowed to contact his family during long questioning sessions. The principal also threatened him with being expelled from the school unless he signed a written statement.

This innocent boy could not do much about the situation other than repeatedly mention that it was a mere clock! Later, when he was proved to be innocent and the ‘informal’ charges against him were withdrawn, responses began to flow in through the media calling the subsequent arrest and what followed America’s Islamophobia.’ It has brought forth critical remarks and debates on racial profiling.

The same clock gathered President Barack Obama’s attention, Facebook CEO Mark Zuckerberg, and even MIT, apart from the rest of the online community, which came up with loads of hashtags #IstandwithAhmed within a day.

While the President has invited him to the White House with the clock, Mr. Zuckerberg got nostalgic about how he found Facebook out of his Harvard dorm room, also inviting Ahmed to visit him at the office. Google sent an invitation calling him to its science fair, promising to bring the clock. MIT did the icing on the already super-sweetened cake by admitting they would love to have him at MIT.

What more can anyone ask for? Nobody goes out fishing out of boredom on a lazy day and finds a diamond on the bank. But something similar happened with this guy. Kudos Ahmed, you made it big. And the clock is priceless.

Make sure you check Icy tales for more informative articles.

How My Phone’s Most Annoying Feature Saved My Life

Google’s Self-Designed Tensor Chips will Power Its Next 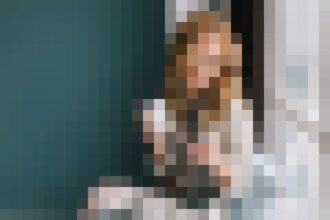 How My Phone’s Most Annoying Feature Saved My Life 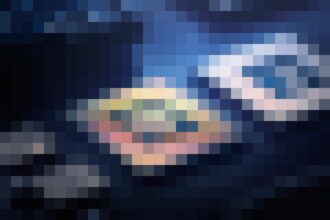 Google’s Self-Designed Tensor Chips will Power Its Next