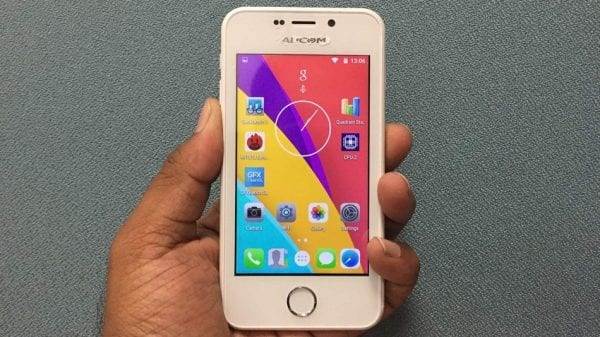 The Freedom 251 is a smartphone that was initially up for sale at the promotional price of Rs.251 (the equivalent of $3.67 as of 18 February 2016). It is being sold by Ringing Bells private limited and is marketed as the world’s cheapest smartphone.

The company had offered the promotional price for a limited time only over online bookings between 18 and 21 February. Traffic was so high on the website that it crashed on the first day. The company says that the regular price will be about ₹500 ($7.27 at February 2016 exchange rates).

The company plans to sell 5 million phones by June 2016. Only 30,000 phones were available for booking at Rs 251, a rather small number in comparison. Ringing Bells had claimed they had already taken bookings worth Rs 17.5 million by the time bookings closed.

I think the most attractive feature of the smartphone is its price; people hardly noticed its other specifications. However, some features of the phone could have been better. Here are both sides of the coin. Let’s focus on the positive side first.

Well, it’s obvious, isn’t it? The ‘251’ in ‘Freedom 251’ stands for the price of the phone. It’s not a risk, and it’s not a gamble; it’s not even dice-roll. Not at 251 bucks. It’s half the price of a set of good quality earphones. It’s a quarter of what you just spent on a bland pizza date. Even for the ever-wary Indian customer, this is worth checking out, because even in the worst-case scenario, there’s no reason to complain that you’ve been duped or scammed. Not at Rs 251.

If you’re worried that the touchscreen is bound to be fidgety at this price, you’re wrong. None of the reviews complains about anything wrong with the screen. Unlike other smartphones available at a cheap rate, the touchscreen is perfectly in order. It’s no iPhone, but it does the job.

By comparison, the Samsung Galaxy Grand only manages a Dual-core 1.2 GHz (priced at Rs 9,950). Any tech-savvy mobile-freak will know that 1.3GHz processor is quite sufficient for daily usage if you’re not a high-end user, 251 rupees for this processor is a totally profitable deal.

This one sells itself—Android 5.1 Lollipop, which means full support for Android apps. At Rs.251, you can hardly buy a simple phone, not even one with a qwerty keypad, but here you are getting the latest software with it.

Prove You Have a Perky Alter-Ego

You should stop short of gifting it to anyone, but getting that baffled look from everyone you know while they ponder whether to laugh it off or start considering buying one themselves, is enough reason to ‘risk’ three banknotes. Go buy it, even if it’s just for the sake of it.

Now for the negatives:

It won’t burn a hole in your wallet, but it will burn one in your pants. There is no mention of the SAR value anywhere on the website, which is suspicious. According to the Indian law, every phone that is to be sold in India must have a SAR value less than 1.6W/kg.

Freedom 251 hasn’t received any subsidy from the government, and this has been confirmed by the President of Ringing Bells himself. The company says that most of the costs include the passing on of the 13.8% duty protection for selling a Make in India product. However, some research and calculation tell us that the minimum cost for making the Freedom 251 with those specs should be around INR 2000-2500. The company is only getting a scanty portion of a couple of percent through the Make in India campaign, which is not enough to cover the production expenses. So there’s a really big gap between the cost of production of the smartphone and its INR 251 price tag.

“Make in India” But Made in China!

While the company claims that its Freedom 251 smartphone is a part of the Make in India campaign, we believe otherwise. First of all, no one has ever heard of Ringing Bells, and secondly, the Freedom 251 resembles the Adcom Ikon 4 smartphone that is imported from China to be sold in India by Adcom, an Indian smartphone vendor. One look at the Ikon 4 and you would say that Freedom 251 is the same replica, which conflicts with the fact that it is a Make in India product. Also, no one knows where the Ringing Bells manufacturing plant is or whether or not they even have one.

Let’s say for a moment that this is not a scam and that Freedom 251 is a real smartphone available for INR 251. However, Ringing Bells is clearly violating copyright laws by directly lifting off software elements from Apple’s iOS such as calculator, browser, messages, camera, clock, etc. Apart from the software, even the circular home button on the Freedom 251 looks like the Touch ID/Home button on the iPhone 6/6s.

Freedom 251 is Not BIS Certified

The Bureau of Indian Standards had introduced a rule in 2015 that makes it compulsory for smartphone manufacturers to get BIS certification for their products before they can start selling them in India. And for your information, the Freedom 251 smartphone does not carry a BIS certification, which places it in an illegal zone. Ringing Bells claims that the Freedom 251 will start shipping in June and get the BIS certification by then as the procedure is a lengthy one. However, it is still not legal to start selling the phone before getting it certified.

With a price tag of 251, this smartphone has become something of a sensation. Whether it is a success or a failure is yet to be seen. 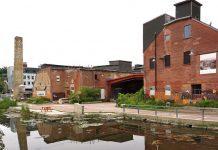 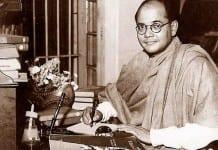 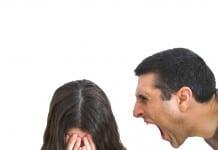