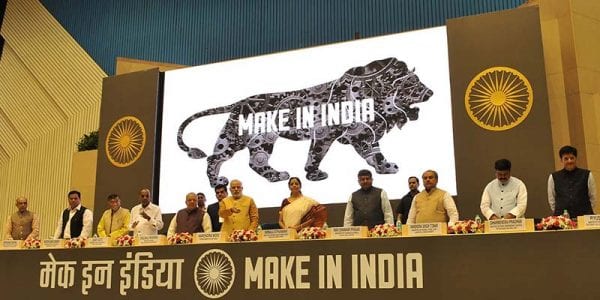 “Come, make in India. Sell the products anywhere in the world but manufacture them here,” exhorted our prime minister to make India a global manufacturing powerhouse. Make in India is a program launched by Prime Minister Narendra Modi on September 25, 2014, with the objective of job creation and skill enhancement. It specifically focuses on 25 sectors, including automobiles, chemicals, technology, tourism, manufacturing, etc. 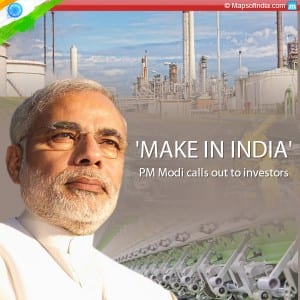 A country becomes economically successful when all its people, especially the poor, get access to basic facilities and earn enough to sustain themselves. We must not solely focus on a bigger GDP but a better GDP that will cater to the needs of all the citizens, especially the poorer and weaker section of our country.

The motive of “Make in India” is to accelerate manufacturing and to use this as a driving source to create productive jobs and remove poverty on a sustainable basis. Our FDI has gone up to 49%, and industrial production has increased from a mere 0.6% to 2.7%. The investments made by many international companies like BMW, Tetrapak, Ericsson in the automobile industry, Airbus Group, Boeing in the aviation sector, Foxconn,  Xiaomi in the electronic sector led to 60% localization. And most importantly, our defense sector has been strengthened by the corporation of German defense major TKMS and Russian Company Kamov that may reduce terrorism.

India ranked as the No.1 investment destination globally as per the 2015 Baseline Profitability Index (BPI). Also, “Make in India” has collaborated with Franklin Templeton’s ‘Build India’ project to provide basic facilities for the common people. 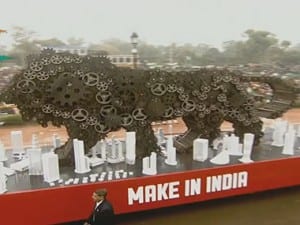 In the recent ease of doing business index, India ranks 134th out of 189, and to tackle this situation, “Make in India” has introduced firstly, an investment cell that may balance the fluctuations in monetary value, secondly, an online portal for consolidated services and thirdly, easing of policies by passing the Factories Amendment Bill and the Apprentice Amendment Bill of 2014.

And industrialization can improve infrastructure. Look at Jamshedpur, a city built by the Tatas over 100 years.  “Make in India” promotes smart cities, 46% boost for road infrastructure, 100% FDI for railways, and so on. 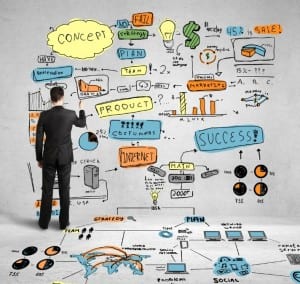 The key concept of “Make in India” is sustainable development, including cycling & pedestrian modes, recycling and reuse of water and solid wastes, use of renewable energy, conservation of agricultural land & sensitive natural environment. “Make in India” aims at sustainable development to prevent environmental problems, and it has the potential to re-engineer systems, policies, and processes. The changing government is obliged to sustain this campaign.

“Make in India” will certainly lead to westernization, leading to lower demand for Indian brands. Commitment to building 100 smart cities is one of the striking features of “Make in India.” Smart cities denote a high living standard. 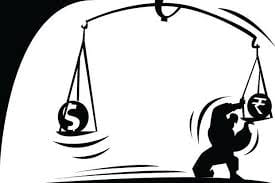 Another question is about the consistency of “Make in India.” With the change of government comes the change of plans, invasion of corruption, inaction, and finally, the destruction of that plan. If the government changes after 5 years, will “Make in India” sustain as a successful campaign with the good intention with which it was introduced?

The stock exchange that boomed from the day the current government hailed into position has dipped since it hit an intraday high of 30,000 in March. In the beginning, “Make in India” kick-started with a great vision, but then transforming this vision into action became painfully slow. There is more talk and less action and at this stage, “Make in India” is a mere slogan.

To draw an all-inclusive economic plan for a large country like India is quite a difficult task, and Make in India has taken up that challenge to change our country. And to expect that change within just one year is unrealistic.

To conclude, let me quote the words of our commerce minister Nirmala Sitharaman, “Make in India is not a slogan but a mission to be accomplished by a single-minded commitment.” 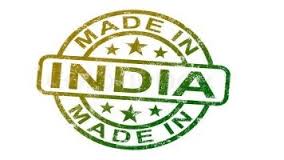