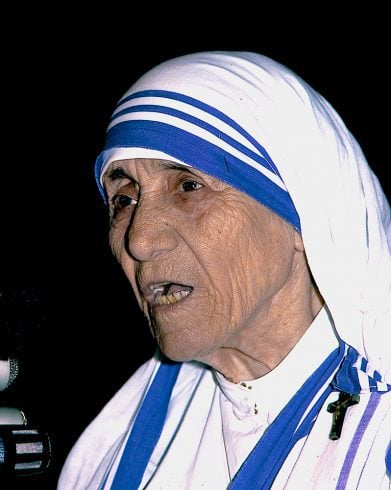 3 Women Who Are India’s Pride, A woman is a complete circle. She has the power to create, nurture and change the world. Her hidden strength, strong will, capability, and determination can make a significant difference and make our India proud.

Mother Teresa was a Roman Catholic religious sister and a missionary who lived most of her life in India. She is one of the Women Who Are India’s Pride.

She was a wonderful lady who served many aged, the needy, the terminally ill, the diseased, unemployed, and those their families abandoned. People admired her for many of her charitable works. Mother Teresa won the Nobel peace prize, Barath Ratna, Order of smile, and many more awards for her kindheartedness and pure affection towards people.

Mary Kom, also called a magnificent mary, is a women boxer from Manipur, India. She is one of the most adorable women in India. Kom was born in Kangathei in Manipur. Dingko Singh’s success in boxing in 2000 inspired her to become a boxer and start her training. Mary Kom won a silver medal in 2008 at the Asian women’s boxing championship in India and a gold medal in 2010 in Kazakhstan.

She later won three consecutive gold medals at AIBA Women’s World Boxing Championship in Barbados. And she was the 1st Indian woman to qualify for Olympics for a boxing event. Mary Kom also has her autobiography “unbreakable,” penned by Dina Serto. Kom was awarded by Padma Bhushan, Padma Shree, Arjuna Award, Rajiv Gandhi Khel Ratna award, and many more. Her hard work and strong determination made her become India’s Pride.

Kiran Bedi is an Indian politician, tennis player, social activist, and retired police officer. She was the very first woman to join the police department. She was the only woman in a batch of 80 men at her police training at the National Academy of Administration in Mussoorie.

Later Bedi joined the Indian police service, becoming its 1st women officer. She then started her career as a Deputy Commissioner of police in Delhi, and she bought a reduction in crimes against women. She even launched campaigns against drug abuse and became the 1st woman to be appointed as the United Nations civilian police adviser.

Later, Kiran Bedi resigned to focus on social activism and writing. Her political career took an initial step at Bharathiya Janatha Party. Bedi’s contributions to public safety are tremendous. She was awarded the Ramon Magsaysay award and the president’s police medal. Thus, she is a pride of India and a woman to be documented as a living legend.

Also read about Top 10 World Dictators of all Time.

Posted by Yashasvini
Yashasvini is an engineering, student. She is a pet lover and interested to do new things. She is a beginner who loves penning about all sorts of topics because she likes to learn about everything that she is capable of.
Leave a comment Leave a comment