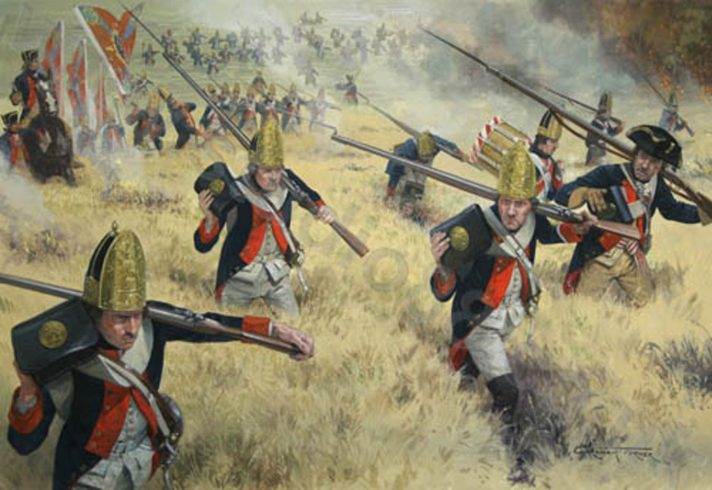 The Battle of White Plains is a small yet important skirmish in the larger American War of Independence. It is a war between the American forces and the occupying British colonizers fought on the 28th of October, 1776.

Fought in the village of White Plains, the battle was an engagement between the American force led by the great General George Washington and the campaigning British army led by General William Howe. The result was a decisive British victory, with the American forces retreating further and fleeing to return later.

The Battle of White Plains: Summary, History, and Facts 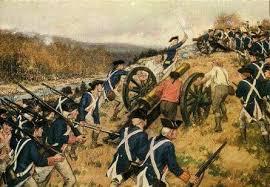 After the accidental discovery of America, the Europeans wasted no time colonizing it for its lush resources. Sometime later, the native Americans had had enough of the foreign oppression and decided to demand independence. They resisted paying taxes without having any say in the operations of the government. Hence the famous motto, “No taxation without representation.” This demand culminated in the American War of Independence, also known as the American Revolutionary War. It was a joint effort of all the 13 British colonies in America.

The British had a huge advantage. They had a true army that was properly trained and tried and tested in combat. They also had a number advantage, access to weapons and firearms. Experienced generals led the army and, in addition to that, had a solid economic backing and established supply lines. When in need, it could ask for the help of local mercenary and auxiliary troops.

On the other hand, the Americans possessed none of that. Their soldiers were heavily untrained and had access to only household guns like hunting rifles and outdated weapons from previous British wars. However, once the American Revolution was noticeably strong, England’s archenemy France provided weapons to it. The only other source was prying weapons from the dead enemy or stealing from known arms storehouses. The only currency they had in abundance was patriotism. The odds were heavily against the Americans and a lot in favor of the British army.

Events Leading Up To The Battle

Earlier this very year (4th July 1776), the American Congress signed the Declaration of Independence. Before this war, there had been a series of battles that the Americans had consecutively lost. The Battle of Long Island had taxed the American side a lot. Due to the continuous defeats, General George Washington and his army fled to Manhatten from New York. Washington had left New York reluctantly. However, the defeat at Long Island had forced all American officers to evacuate New York. Washington had to flee under cover of night.

However, the British attacked Manhatten cleverly to try and trap the entire enemy army inside the city and to neutralize the threat once and for all. Washington recognized the trap and quickly fled to the north. After the British advance once again made the Americans retreat to the north, there was another small skirmish at Kip’s bay where the British defeated the Americans and forced them to flee farther.

Later, George Washington regrouped his forces and scored a minor victory at Harlem Heights, cleverly counter-attacking the British but had to retreat. However, they choose to move farther north to the flat grounds near White Plains. He thought that the higher ground here would give an advantage to the American forces. It should be noted that White Plains was also a supply depot for the American side. Meanwhile, there were two forts under American control north of New York and on the other side of the North River or the Hudson River. These were Fort Washington and Fort Lee.

Washington believed that abandoning these forts and withdrawing forces to help in the upcoming skirmish at White Plains. However, his advisors convinced him to keep the garrisons there under the belief that they could be easily defended.  He intended to replicate his performance of Harlem Heights and strike a strong blow to the British army. In doing so, he could get time to recruit and regroup his army and make sure of the supplies.

The British chose to pursue the fleeing Americans and destroy them. They kept pushing hard and finally met the American line at the village of White Plains.

The Battle of White Plains 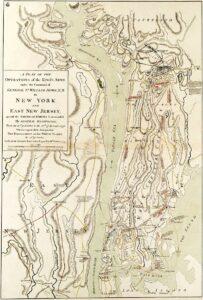 The American force was clearly the weaker of the two. As mentioned, they did not have the proper gear. The engaging force measured around 4000 men. They were armed with muskets and other firearms, including a couple of cannons. On the other hand, the British force measured around 7000 men. It was armed with muskets, rifles, and cannons—the Battle of White Plains begun early in the morning of the 28th of October in the year. The American morale was extremely low, while the British morale soared like an eagle.

General Howe sent Lieutenant Henry Clinton and Lieutenant-General Leopold von Heister to attack the front of the American line, which spans from a lake to the Purdy Hill near the Bronx River. The Chatterton’s Hill is more to the right, but Washington keeps it out of the line initially only to include it later during the battle. As the British advance, Washington deploys 1000 troops under Joseph Spencer to engage and delay the advance till the main army line extends and secures Chatterton’s hill. Soon, the British force overwhelms the engaging force, and the men flee to join the major line under the cover fire from it.

The Americans are in a relatively strong position. There is a slight chance that Washington could have won this Battle of White Plains. Washington ordered his army to build trenches and fortifications while the British planned their next attack. However, that chance was destroyed by heavy cannon fire. This forced the Americans to abandon their only cannons on the hill. The British decided to charge up the hill, but their initial attempt was thwarted by heavy gunfire from the top.

During all of this, the Hessian auxiliary force also heavily attacked the right flank of the line with a strong cavalry charge, and it crumbled. This left the right unprotected and left Washington in an undefendable position. Soon, the fighting was over (at around 5 pm), and the Americans retreated once more. The Continental army fled into New Jersey and down to the Delaware River. The Battle of White Plains was lost.

Also Read: Why Did the Battle of Stirling Bridge Happen?

After the battle of White Plains, American morale was almost destroyed. The Continental Army had taken a huge hit. The 19,000 original soldiers were reduced to less than 5,000, and the number was shrinking rapidly due to desertion. The American Revolution was on its last stands. Knowing this situation of the enemy, General Howe chose to direct his focus on the two threats the Americans had left behind- Forts Lee and Washington.

The British quickly launched a campaign to take control of the two Hudson forts in November. The first to be attacked was Fort Washington. Surrounded by three sides and attacked with heavy artillery and manpower, it was a massacre. The defending garrison stood no chance. The battle for Fort Lee was even easier. The garrison put up a brief fight before surrendering and disbanding. In the end, there were only 2,000 men left on Washington’s side.

This battle is important because it marks the hardest time in the American War of Independence. It was a brutal test of the American resolve, and they passed. The American forces were camped on the other side of the Delaware River, and the British had only to cross, and they could have ended the revolution once and for all. However, the approaching winter and the freezing river stopped them. Believing that the revolution was crushed, the British spread through New Jersey and built several outposts and bases. News spreads, and the American morale plummets even further.

Washington regroups and stabilizes his army. A month later, on December 25th, he leads a portion of his force across the nearly frozen Delaware in a desperate attempt. He distracts the British force in Trenton by assembling the other part of his army across the river and launches a surprise attack on Trenton, resulting in an American victory. The Battle of Trenton was a fruitful one granting the Americans much-needed supplies like food, ammunition, and artillery. The American moral is back on its feet.

A week later, in early January, Washington cleverly exploits his advantage and attacks Princetown. He wins this battle too. After his army is rejuvenated, he takes hold of Morristown to the north and settles in for the rest of the winter. This deals a major blow to the British, disrupting their southern supply lines and forcing their garrison in New York to rely on supplies brought in by the sea.

Thus, the battle of White Plains almost destroyed the American hope for Independence, and yet, the resolution did not falter, and Americans pulled through to turn the situation on its head and achieve peace and independence.