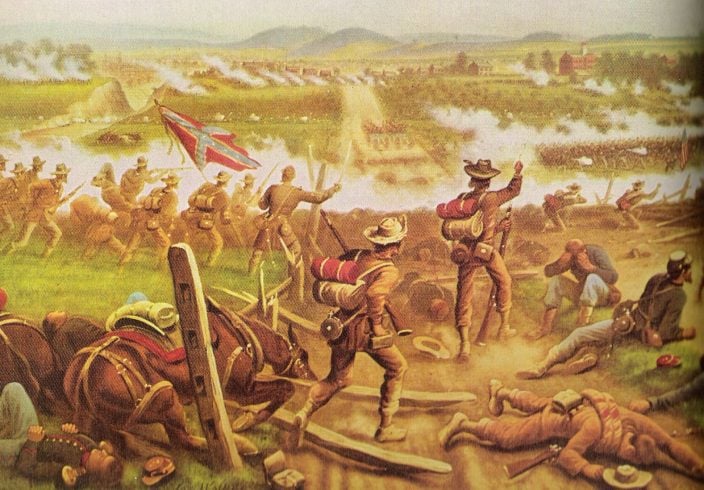 The Gettysburg Battlefield, as the name suggests, is home to the single bloodiest battle in the American Civil War. The Battle of Gettysburg was a huge battle that turned the war in the victor’s court. It was the one Union victory over the Confederates that swung the entire war.

The practice of enslaving black people was common. The natives of Africa were bought and brought to the United States. Basically, like many other class struggles in the world, a particular section of the society (in this context, the blacks) did not have any rights or policy to support them.

They were viewed as less than human, and the Americans practically owned their slaves and, in turn, their children. The shackles of slavery were too heavy ever to escape. The false hope of earning enough to buy themselves out of slavery was the only thing that kept life in their bodies.

However, in the decades leading up to the war, anti-slavery sentiments were on the rise. The opposition (the party not forming the government) led by the iconic Abraham Lincoln sought to ban the practice in all US parts. When the opposition came into power in 1860, they did just what they had promised and abolished slavery.

While most northern states agreed to stand by this decision, some southern states wanted to continue this practice. This led to those states forming the Confederate States of America and rebelling against the country’s government. Both sides quickly mustered armies and waged war. This Civil War is the bloodiest event in America’s entire existence. And today, we will be talking about the bloodiest battle of this event – The Battle of Gettysburg fought on the grounds of the Gettysburg battlefield. 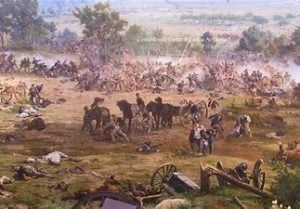 The Battle of Gettysburg

As mentioned earlier, the Gettysburg battlefield has hosted the war’s bloodiest battle between the Union and the Confederacy. Since the onset of the war in 1861 had been fought on the southern ground with the Confederates defending. The battle of Gettysburg was one of the few that was fought on northern land and lasted 3 days from 1 July 1863 to 3 July 1863

Robert E. Lee, the confederate leader, had planned an invasion into the north but had failed once. However, in light of the recent consecutive Confederate victories, Lee once again sought to invade the north with a sizable force. He planned to push into the north with a huge force with high morale and indirectly force the Lincoln led government to negotiate.

He wanted to shift the focus of the war from the south to the northern parts. He hoped that if he could defeat Union troops on their northern soil, it would come as a shock to them and pressure them into giving up. It was a very bold plan. However, it was doomed to fail on the land of the Gettysburg battlefield.

As he had acquired numerous victories very recently, his army was in high spirits. He assembled his army in Virginia and passed sneakily from the Shenandoah Valley to move north on June 3. As soon as President Lincoln got wind of his move, he sent Major General Joseph Hooker to tackle Lee.

However, just three days before the battle, Hooker was replaced with Major General George G. Meade. Meade was now in pursuit of the Confederate force from behind. Lee aggressively pushed forward and arrived in Pennsylvania in mid-June. By the end of that month, on 28th June, Lee had reached Susquehanna River.

On 1 July 1863, the two forces met each other on the Gettysburg battlefield, measuring around 168,000 troops. The Union side outnumbered the Confederate side with around 95 thousand troops armed with rifles and artillery. This included a sizeable cavalry force. The Confederate side had around 72 thousand troops, including infantry and cavalry, and was armed similarly. They faced each other in the city of Gettysburg.

The First Day – The Confederates Have an Upper Hand

The first day of the battle resulted in the Confederates having a higher hand. Lee formed his army and pushed into the city. He was able to dislodge the Union forces from the northern and western parts of the city and brought a lot of the city in his control. The Unions could not hold their hastily formed shabby lines. Things were looking up for Lee. He wanted not only to defeat the enemy but also to destroy the opposing army. The Unions retreated to the south of the city for the day. The Gettysburg Battlefield had not been kind to the union side.

On this day, both armies had assembled properly, with reinforcements having arrived from both sides. Unlike the first day, both armies had formed strategies and were actually ready for war. On the second day, the Unions were on the defensive. Lee engaged the enemy on various fronts all across the line. Lee focused on the left flank of the Union line. While the Union army was focused on the left flank, the line’s right side was also heavily attacked.

The Union army suffered heavy losses this day but did not let the line fall. Despite trying all he could, Lee could not make the enemy formation budge. The day ended in a stalemate, with the Union side suffering a considerable heavier loss.

The Third Day- The Pickett’s Charge

This was the last day of this battle. This day changed the entire war. Similar to the last line, various fronts were opened, and the Federal army was defending. That day, the left flank of the Union line was engaged harder. There was fighting on multiple points with heavy cavalry charges to the east and the city’s southern side. However, the battle turned at one point. A huge portion of the Confederate army tried to engage the enemy force at the formation center.

In a sort of filmy charge, 13000 Confederate infantry rushed the center of the Union line. However, the charge was viciously repulsed and destroyed by heavy rifle and artillery fire. This brave charge was later called the Pickett’s Charge. This was a huge loss to the Confederate army. It was not possible to keep up the assault, and Lee recognized this. He hastily led his army’s retreat back to Virginia from the Gettysburg battlefield. The torturous battle had finally ended, and the Union had achieved victory.

The Gettysburg Battlefield itself, as is normal in wars, was destroyed. As of today, nature has reclaimed the land, and it looks something like this. 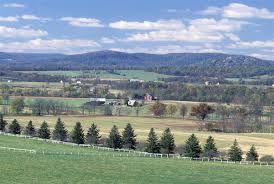