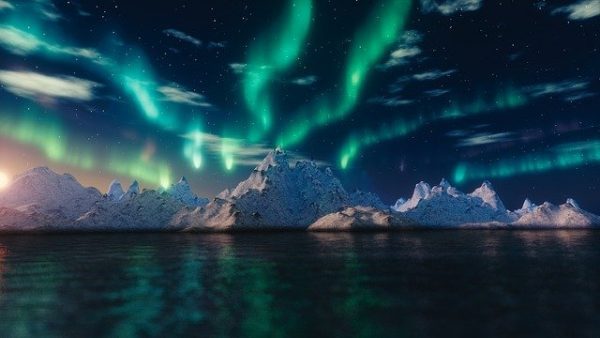 Norway is located in the northern part of the European continent. It lies in the western part of the Scandinavian peninsular. Most people live in the Southern part in the region around Oslo, the capital of Norway. Oslo is the largest city in Norway. Norway is very popularly known as ‘The Land of the Midnight Sun.’ One of the best places to see the Northern Lights, Norway. 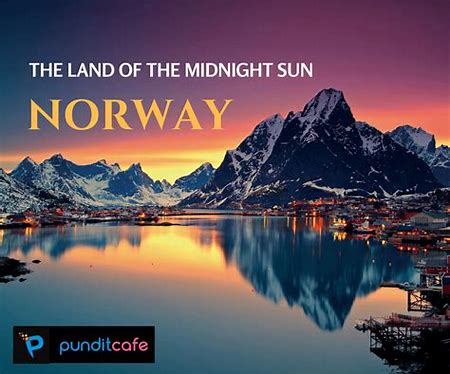 Norway has thousands of small islands off its coastline. Norway is famous for Fjords. Seeking them isn’t an easy task, but once you do, it’s pleasing to your eyes. Some famous ones are Oslofjord, Isfjord, and Hardangerfjord. The natural world and scenery of Norway are mesmerizing and a class apart. There are many reasons you’d want to visit Norway!

Norway is also known for the Viking Story. The Vikings were seafaring people who emerged in the late eighth century and established themselves as traders, explorers, and warriors. Viking expeditions were a mixture of trading for goods and searching for land.

Myths and Legends about Northern Lights

Before the scientific discoveries that we have today, there were many myths and legends about the Northern Lights in different parts of the world.

In Iceland, the Northern Lights have been associated with childbirth. It was believed that when a woman was in labor, this divine presence would relieve the woman of labor pain. However, if the mother looked at it directly, the baby would be born restless and cross-eyed.

In Sweden, it heralded only good news. They thought it was a gift from God providing light and warmth. Some thought they indicate harvest in the coming years.

In other parts of the country, it was believed to be a herring flash. It was considered suitable for the fishermen heading out for their daily catch.

In Finland, people believed that a celestial firefox caused the lights. Some other communities thought it was formed by their Ancestors’ spirits playing a game, bull game. There are many more myths that’ll probably leave you laughing at the stories.

What Causes the Northern Lights?

Before exploring the Northern Lights, Norway, we must know what causes these mysterious light shows.

Aurora Borealis, also known as The Northern Lights, is one of nature’s most beautiful phenomena. It’s most commonly witnessed within the Arctic Circle. The South Pole also has its version of the Aurora Borealis called the Aurora Australis, but the North Pole gives better experiences. 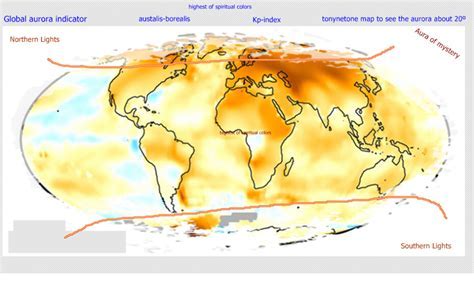 There were many myths about the Northern Lights Norway. The Vikings believed that it was a bridge of fire to the sky, forged by Gods; some said they saw their ancestors’ spirits dance. According to modern science, these lights are not dancing spirits or a bridge of fire. It was Galileo Galilei, the astronomer who gave the Northern Lights Norway their name- Aurora Borealis (dawn of the north). It was in 1896 that Kristian Birkeland figured it out, and we fully understood what causes Northern Lights.

The sun is so hot that it exists in the fourth state of matter other than solid, liquid, and gas- the plasma state. In plasma, ions that are positively charged and electrons freely float around one another. These particles have such a high energy charge that they can escape the massive gravitational field of the sun and barrel towards the earth.

The earth is continually being bombarded by charged particles from the sun. The Northern or Southern lights are caused by the sun at approximately a million miles an hour. When these particles encounter our magnetosphere, most of them bounce off the magnetic lines of the earth. However, some of them manage to get through at places where the magnetosphere is weak at the north and south poles.

What determines the color of Aurora?

The color of the Aurora depends upon which gas is being bombarded by the electrons. Atomic oxygen emits the two primary colors- green and red. Nitrogen is responsible for a serene blue—these colors mix, forming beautiful, glowing pinks, purples, and white. 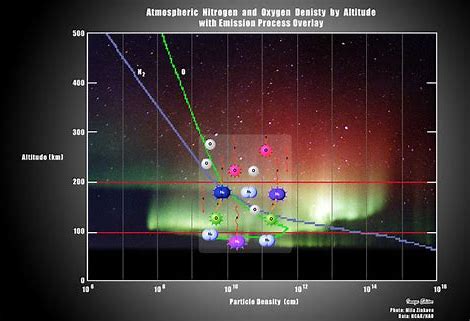 The altitude also affects the color of Aurora. Up to 150 miles, oxygen will produce a pleasant and green color. The red color is emitted at an altitude higher than this. Nitrogen, up to about 60 miles into the atmosphere, shows a serene blue. However, you can’t see northern lights Norway during the day because they tend to be outshined by the sun.

The natives must have witnessed all types of colors in the Northern LightsNorway. 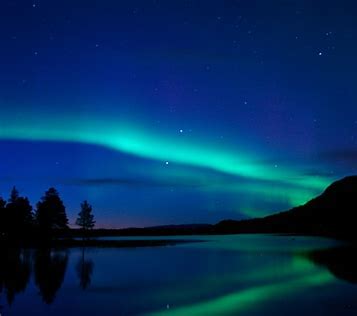 All means of transport like boats, trains, buses, and planes are used to travel to Alta, but the best way to admire these Northern Lights Norway will be in your vehicle. Besides, you can also drive to distant destinations like the North Cape.

After you’ve gaped at the Northern Lights Norway to your heart’s content, you must visit the Alta Museum, which displays carvings that are 6200 years old. Also, we are sure to stop by Northern Lights Cathedral, a beautiful building done by Stavanger’s Link architecture firms.

Tromso is one of the best places in northern Norway. It is set on an island amidst lovely blue fjords and spectacular snow-clad mountains. It’s a very well know Arctic city. 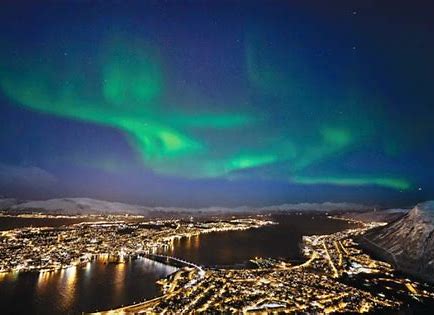 There are a variety of winter activities like snow-shoeing and dog sledding. There are other events like whale-watching with fantastic nightlife and gorgeous restaurants.

With ferries, daily flights, and buses, Tromso is the city with the best transport connection amongst all Northern Lights Norway viewing points. This place isn’t quite like all other places, that is, you’ll see a lot of other tourists as well because of the fantastic accommodation that this city offers. Guesthouses and luxury hotels can be seen in large numbers. It has a healthy cultural feel and lively nightlife.

This place consists of a group of islands (archipelago) located in the middle of the Norwegian Sea. It is perfect for finding a beautiful place for viewing the Northern Lights Norway as it lies above the arctic circle. Even though trains run year in and year out from distant places, you’ll have to catch a speedboat to reach there because it’s far away from other destinations.

The good part is that the entire journey is mesmerizing, and you’ll love every bit of it. This is a place where you can try a lot of different activities. 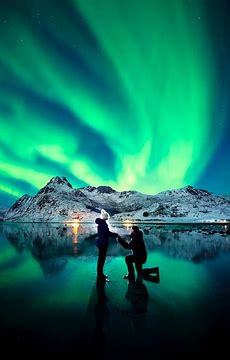 There’s a Nusfjord fishing village where you can stay in a rorbu (‘ror’ means rowing, and ‘bu’ means dwelling), a fisherman’s cabin, and spend a day fishing. You can also try Moller’s Cod Liver Oil. They have their tasting Gallery, where you can try the three different oil types produced in that area.

This island also has Unstaf Surfing Beach where you can grab your surfboard and ride those beautiful waves. Next, you can visit the Lofotr Viking Museum, Lofoten Krigsminne Museum, and the Norwegian Fishing Village museum to learn about the culture and history of this place. Viking museum will tell you about the islands’ early inhabitants.

There are many more adventurous activities, like hiking and skiing, that can be performed here. It’s truly a fabulous place! It is considered one of the most scenic spots in Norway.

The North Cape is a large mountain plateau, approximately 300 meters high. It is a cliff that is immersed in the sea. Standing on such an elevated platform, with the Barents Sea to look at, gives you unique vibes. 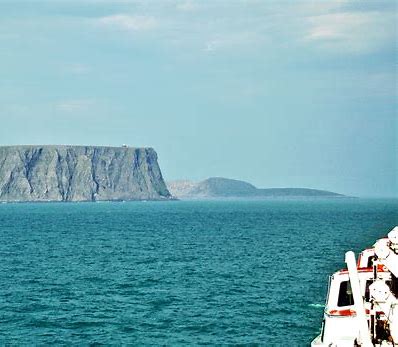 It is one of the best places to see the Northern Lights Norway. It gives you chills of Arctic winter. Wild and beautiful nature surrounds this place.

There are days when you witness very few and faint hours of daylight. You can always try snowshoeing on your way to see Aurora Borealis.

If you’ve planned a trip to the Northern Lights tour, make sure you carry the necessities. You must bring your thick jackets and woolen clothes. If it’s freezing, you should also have your gloves, socks, cap, and muffler. You don’t need all of this if you visit it in the summer months.

Make sure that you visit this place in the correct period, that is, from late September to late March. Do carry a fantastic camera to take some beautiful pictures and show them to your family and folks when you return.

From its majestic mountains and stunning fjords, Northern Lights Norway has a lot to offer to its visitors. Day trips can be used for exploring picture-perfect landscapes by foot, car, boat, or buses

All have loved trips to Norway. It also adds to your travel experiences. Northern Lights Norway is a great adventure in any season.

You may also Like- The Ultimate Guide to Iceland Tourism.