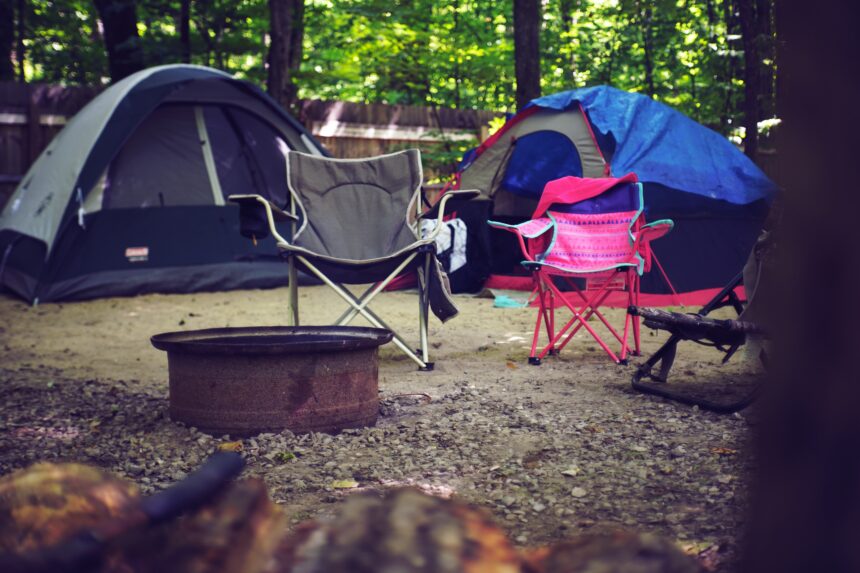 Have you been camping before? Well, you must have already found a deep attachment to camping if you have landed here. And to quench the thirst of your adventurous heart, we have picked out just the next right thing for your next trip- A camp relaxation at the heavenly Lake Shasta, California.

The name has that ring, a ring so strong that it just ignites the fire of curiosity within one. You know the drill, we are here to fuel that fire!

Shasta Lake, or Central Valley or popularly known as Lake Shasta, is a reservoir in Shasta County, California, United States. The water reservation started in 1994 as the Shasta Dam impounded the river Sacramento under the Central Valley Project (CVP). The City of Shasta Lake is the closest settlement to the Shasta Dam and reservoir. It is also titled the ninth tallest dam in the United States.

The Central Valley Project (CVP) aimed to reduce the flood risks for the Central Valley and provide domestic and industrial water. The construction of the CVP facilities began in 1938 with the impounding and breaking of the Sacramento River, near Redding in northern California, for the dam.

The project went on for the next 5 decades building up to a total of 20 dams and reservoirs, which can, as a whole, hold together 12 million acre-feet of water. The key facility of this impressive project is Shasta Lake, providing flood control to the Sacramento Valley.

Along with a huge water capacity of 4,552,000 acre-feet, Shasta Lake also comes with an elevation of 1,067 feet and a total surface area of 30 000 acres, making it the largest reservoir and third largest water body in the state.

About ten miles north of Redding city, popular recreational activities of Shasta Lake are seen, like, boating, camping, water skiing, fishing, etc. With the Sacramento River’s damming, a steep mountainous shoreline along the lake was formed, going for about 365 miles. The shoreline is covered with tall, evergreen trees.

Between the years 1935 to 1945, across the Sacramento River, Shasta Dam was created, which formed Shasta Lake in 1948. It is California’s largest manufactured lake as an innovative solution to people’s issues.

In the 1800s, the larger area surrounding the now famous Shasta Lake, Central Valley of California, was popular with people moving there from the Eastern side of the country. The valley had fertile soil and water supply from the Sacramento River, which made it ideal for farming.

Woefully, all good also came at a cost. The Central Valley was susceptible to droughts, flooding, and other water problems. These were some push factors that propelled the natives out of the valley. However, the pioneers stayed behind, devising a solution for the same.

Finally, in 1919, the United States Geological Survey suggested making a dam on the river. The cost required for this plan was met with several difficulties, one of them being The Great Depression of the 1930s. By the mid of the year, the federal government took over the project to construct the dam for the particular purpose of solving all problems.

The rising waters of Shasta Lake flooded the town of Kennett. The sunken city now lives 400 feet at the bottom of the lake, depending on the water levels. It’s also interesting to know that the current dam was originally called the Kennett Dam, named after the town.

Work on the dam took a lot of time to finish for different crises. The work on the dam began in 1937, but as the U.S. entered World War II in 1941, it slowed down as the men working on it joined the military during the war. Soon, the women volunteered to work, and the dam was soon completed in early 1945.

The Shasta Dam has now bagged the title of the second highest dam in the world. It serves the purpose of providing electricity, controlling floods, and storing water like Shasta Lake. Today, Shasta Lake and the Shasta Trinity National Forest stand as one of the top recreational destinations in California.

Let’s divide the climate of Shasta into two:

📍 Recreational Activities During The Day

After learning so much in detail about the place you will be headed for lake camping, you should also know all about the things you could so your money is well-spent. The Shasta Trinity Forest offers plenty of recreational activities. Following is the list of activities you could go for:

Ah, you can’t be on a lake trip without being close to it. Presenting to you the Shasta Caverns!

The Caverns are accessible by houseboats which provide an astounding view of the underground landscape.

A trip inside the caves, all above you, the stalactite and stalagmite formations, ah, a breathtaking sight. You can also bring your family to the site for a fun gem mining activity.

A quick trip north of Shasta Lake is simply all you need. The lake’s shoreline offers beautiful snowcapped mountains 14,000 feet above sea level, waiting to be explored.

You are in for a treat as ski island (s) open in the winter for skiing activities.

What is the best way to be close to mother nature? Be close to her on your feet! Roaring engines aren’t an option for the lake’s trails.

Go on a hike, take a bike or horse ride, and do what suits your buds, as long as you don’t miss the scenery. One of the top viewing points along these trails is at Sundial Bridge on Turtle Bay.

Fishing and hunting are popular activities in Lake Shasta. One can find several fish species, like trout, salmon, catfish, smallmouth bass, etc., in the waters here. However, The California Office of Environmental Health Hazard Assessment (OEHHA) issued a safe eating advisory for the fish caught due to the local species’ mercury levels.

Are you a boating enthusiast? Shasta Lake has a lot to offer you, in that case!

Now go ahead, drive your boat down the ramp and float free! You may not have your boat, so that you can rent a canoe, kayak, or even a houseboat from one of the marinas, boat rentals, or resorts, say, the Silverthorn Resort. A houseboat is your best pick for ultimate privacy if you are in a large group or family.

Unsurprisingly, Shasta Lake also comes with a handful of campgrounds. The National Forest Service has offered many of these exquisite campgrounds- Bailey Cove, Hirz Bay, etc., to name a few. Following are the ones we have handpicked with information for you:

Bailey Cove is one of the finest campgrounds by the National Forest Service, located on the McCloud Arm of Shasta Lake. This campground only has seven campsites, so they are likely to fill up fast. And it would be a shame if you didn’t spend at least one night here during your stay in California, as every campsite comes with a tent pad, paved parking spur, bear boxes, and a raised fire ring for campers to prevent probable forest fire and picnic tables.

And to maintain hygiene, the place also has restrooms and drinking water facilities. There are installed flush toilets in the restrooms. A day-use area adjacent to the campground has access to the Bailey Cove trail.

If you are looking for easy access to the water for your camping, Hirz Bay Campground is for you. The campground is along the hills and overlooks the McCloud Arm of Shasta Lake. A single site, again, comes with picnic tables, tent sites, bear boxes (bear-proof food lockers seeing as bears are fairly smart), and a fire ring. Other provisions here are drinking water, flush toilets, and pay phone.

Reservations here start from May 15 and continue till September 15 only. The Hirz Bay Trail begins at the campground, follows the shoreline, and reaches Dekkas Rock Campground.

One might also want to be near the Lake. And there are enough options available for one to choose from:

Combining whatever we saw about the campgrounds at Shasta, Castle Crags State Park offers the entire combined beauty. The place has scenic camping spots along the Sacramento River arm. These sites have easy access to hiking trails. The place has interesting rock spires. Called Castle Crags. You can pick out the moderately difficult trail, the Castle Dome Trail, which is about 6.5 miles long.

It is located in the nearby Lassen National Park. The Manzanita Campground has a total of 179 campsites which are suitable for both tents and trailers. The campground has other amenities like coin-operated showers, camp stores to rent canoes, kayaks, camping equipment, and flush toilets. The Manzanita Lake Campground is a great starting point if you are visiting for the first time.

Outside of Lassen, Burney Falls State Park is another one of the many popular camping options available in the state. The park’s greatest attraction is 129-foot Burney Falls. Also one of the most spectacular falls in the state. The best time to visit the place is during the summer; hence, you have to make quick reservations if you want to witness the site for yourself.

📍What to keep in mind before you go?

Due to some people’s abuse and disrespect of the property, the Shasta National Trinity National Forest service laid down the following guidelines:

A place as such does exist around you; isn’t that simply heaven on Earth? Take a break, grab your backpack and set out on an adventure to the luxurious pleasures in existence in the lap of mother nature!