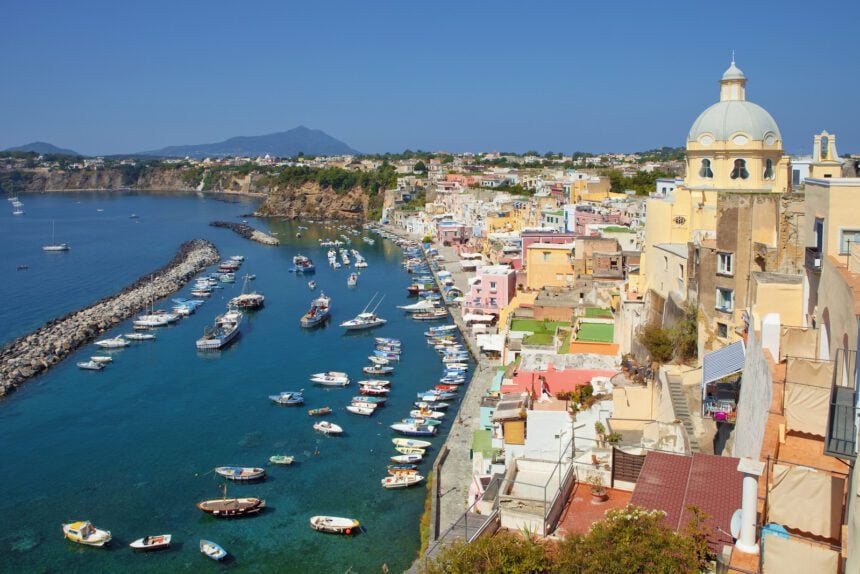 Italy is a popular international tourist destination. If you are planning a trip to Italy, there are some of the best regions of Italy that are sure to make your trip more enjoyable and lively!

Italy is divided into twenty regions, each with its own culture and experiences. The Italian Constitution designated five regions as “autonomous regions“: Friuli-Venezia Giulia, Sardinia, Sicily, Trentino-Alto Adige/Südtirol, and Val d’Aosta.

Italy has everything, from being the fashion capital to being a foodie paradise. The attitude of the individuals is what distinguishes each Italian region.

1. The Most Famous Regions of Italy

The Lazio region is situated in the center of Italy. Lazio contains the city of Rome (the capital of Italy) and the state of the Vatican. As a result, Lazio is the most visited region of the country. It is Italy’s third most populous region.

Lazio is home to some of the most important Roman monuments, but it is also a wonderful destination for those who want to experience its sea or countryside, which is dotted with picturesque villages and charming towns.

Rome is the capital of Lazio and the most well-known city in the region. It is by far the most visited city in all of Italy.

Vatican City, the home of the Roman Catholic Church and the Pope, is located within Rome, as are numerous other incredible sites. Rome is known for its historical treasures, from the Colosseum to the Pantheon to the Spanish Steps.

Sicily, also known as Sicilia in Italian, is an island in southern Italy that is the largest and one of the most densely populated in the Mediterranean Sea. Sicily is an autonomous region of Italy, along with the islands of Egadi, Lipari, Pelagie, and Panteleria.

Sicily has beautiful beaches, delightful villages and towns, and a plethora of old ruins and archaeological sites. aces the warm Mediterranean waters Sicily has always been a crossroads of cultures, landscapes, and cuisine.

Sicily’s capital Palermo is adorned with a lively and trippy mix of arabesque architectural style and Byzantine mosaics. The city, recognized as the Italian Capital of Culture, exudes an ancient charm influenced by Sicily’s location at the crossroads of Europe and North Africa.

Tuscany is famous for its scenery, heritage, artistic legacy, and cultural influence. It is regarded as the birthplace of the Italian Renaissance as well as the origins of the Italian language.

This region is located in north central Italy, bordering the regions Lazio with the capital Rome in the south, Umbria in the east, Emilia-Romagna and Liguria in the north, and the Tyrrhenian Sea with the island of Elba in the west.

Florence, known as the Cradle of the Renaissance, is Tuscany’s most popular tourist destination. Florence is the most populated city in Tuscany, as well as the region’s capital. Florence is a must-see for art and history enthusiasts, with its historic city center, a vast array of Italian Renaissance art and architecture, and countless museums and art galleries.

The Aosta Valley is located in northern Italy, bordering France and Switzerland. It is one of only two Italian regions that shares borders with more than one country. Aosta Valley is ideal for experienced skiers.

The Western Alps mountainous region is known for its jagged peaks and crisp white mountaintops. Stunning medieval castles and fortresses dot the mountainous terrain. This region is famous for its cheese, particularly Fontina, which is used in many recipes as well as to make fonduta, an Italian cheese fondue.

Molise is a region of southern Italy that borders Abruzzo, Lazio, Campania, and Apulia. Molise is best known for its ski resort, Campitello Matese, which has charming towns, old castles, and beautiful countryside views.

The Dolomite Mountains are ideal for spending time on the slopes or hiking scenic nature paths. Trentino Alto Adige, which borders Switzerland, Austria, Lombardy, and Veneto, is dotted with Alpine villages that appear to have popped right out of a storybook.

Everything about the Veneto region screams romance. Veneto is a romantic escape, from the delicious wines of the Valpolicella area – including crisp whites and sparkling prosecco of Valdobbiadene – to the Island of Murano, where handcrafted glass is a local specialty, to couples floating in a gondola beneath Venice’s famous bridges.

This increase in tourism is largely due to the city capital, the state’s Venice. One of Italy’s top destinations is the “floating city,” known for its canals, carnival masks, and rebellious spirit. Visitors are also drawn to Verona, which was made famous by Shakespeare’s Romeo and Juliet.

Basilicata is a small, landlocked region in southern Italy with an unusual history: poor and largely forgotten for centuries, Basilicata was rediscovered in the late XX century and has since risen to international prominence thanks to its most famous city, Matera.

Basilicata is a region with miles of white sand beaches on one coast, picturesque rocky bays on the other, two mountainous national parks, and the world’s oldest city. Except for a few very hot weeks in high summer, the region is blissfully quiet, with empty beaches and (now quite good) roads.

Umbria, located in the center of Italy, is known as the country’s “green heart” due to its lush scenery. It provides travelers with the same level of breathtaking scenic views as Tuscany, but without the crowds of tourists.

Despite being a less-traveled region of Italy, Umbria has fantastic sites to see, including the famous town of Assisi, the birthplace of St. Francis. Umbria is famous for its opulent fine chocolates.

Apulia, a long region on Italy’s southeast coast, contains vast fields of wheat and olive groves in its north and interior, as well as beautiful beaches and swimming coves in the south.

It includes the provinces of Bari, Barletta-Andria-Trani, Brindisi, Foggia, Lecce, and Taranto and extends from the Fortore River in the northwest to the Salentine Peninsula’s tip (the “heel” of Italy).

The UNESCO World Heritage Site Alberobello is a popular tourist destination in Apulia known for its trulli houses (known in the singular as trullo).

Calabria, located in Southern Italy and bordering Basilicata, is an ideal coastal destination for budget travelers who want to experience true Southern Italy away from the crowds. It is ideal for nature lovers looking to hike or enjoy the sea, with stretches of beautiful beaches, National Parks, and charming sea towns.

Campania is located in southern Italy, bordering Lazio, Molise, Apulia, Basilicata, and the Tyrrhenian Sea. It is one of Italy’s most well-known and popular coastal destinations.

With Naples, the Capri Islands, the ruins of Pompeii, and the unrivaled Amalfi Coast, the region has become a hotspot for everyone from history lovers and visitors to royals and celebrities from all over the world.

This 50-kilometer stretch of Campania coastline is one of the region’s – and Italy’s – most well-known tourist destinations. The Amalfi Coast is an outstanding beachside destination, with breathtaking cliffside views, pristine shores, and amazing sea towns like Sorrento, Positano, and Amalfi.

The ruins of Pompeii are Campania’s most prized historical destination, as one of the world’s greatest archaeological sites. Mt. Vesuvius’s eruption nearly two thousand years ago left a perfectly preserved Roman civilization frozen in time for modern-day travelers to explore and experience.

Liguria is a region in Northwest Italy that borders Piedmont, Emilia Romagna, Tuscany, and the Ligurian Sea. It is known for its beautiful coastline, delectable cuisine, and endless outdoor activities.

Cinque Terre, one of the region’s main draws, is a collection of five fishing villages known for their incredible cliffside towns, panoramic sea views, and National Park.

Sardinia, in the Mediterranean Sea, has long been a popular summer destination for Italians, and it’s easy to see why. The area has beautiful crystal beaches, a National Park, and amazing vacation resorts with a vibrant nightlife. It also has charming sea towns and agricultural areas, making it ideal for almost any type of beach vacation.

6. The Most Scenic Regions of Italy

Friuli Venezia Giulia is known for its simple, genuine ingredients and crisp, floral wines, despite its cultural complexity. The cuisine of the region is entirely based on simple, local ingredients such as dairy, produce, seafood, and meat.

There are three UNESCO World Heritage Sites in Friuli-Venezia Giulia to visit: Palmanova, Cividale del Friuli, and Aquileia. All three have incredible histories, art, and designs, making them ideal stops on any tour of the area.

Abruzzo is a natural paradise in central Italy that is often overlooked. It is a rural region with mountains, beaches, and sprawling countryside.

Abruzzo is famous for its natural riches, which include: Gran Sasso, a mountain massif with a National Park; Campo Imperatore, a beautiful mountain meadow located on a high plateau; a variety of wildlife, including the Marsicano Bear (Apennine brown bear), Abruzzo chamois, Apennine wolf, and a stunning coastline.

Marche is a fairly unknown destination in Italy that is ideal for beachgoers, hikers, and active travelers who enjoy the outdoors. The region borders Emilia Romagna, Toscana, Umbria, and Abruzzo and has a hilly and mountainous terrain.

The Monti Sibillini and the Conero Regional Park are two natural features that draw visitors to the region. Furthermore, white sand beaches can be found along the Riviera Del Conero.

7. Most Modern Regions of Italy

The region is almost the heart of Northern Italy, bordered to the north by Switzerland, to the west by Piedmont, to the south by Emilia-Romagna, and to the east by Veneto and Trentino-Alto Adige. Lombardy is rich in historical and artistic treasures, as well as breathtaking Alpine and lake scenery.

Thanks to several global affairs and exhibitions, including Milan Fashion Week and the Milan Furniture Fair, which are currently among the world’s largest in terms of revenue, visitors, and growth, The city has been designated as one of the four fashion capitals of the world.

8. Regions of Italy for Food Lovers

Emilia Romagna’s regional cuisine is widely regarded as the best in Italy. This region is home to some of the world’s premiere culinary destinations. The region is home to cities such as Bologna, Parma, and Modena, which produce Italian culinary standouts such as Parmigiano-Reggiano cheese, authentic balsamic vinegar, and mouthwatering prosciutto di Parma.

Emilia Romagna is also well-known for being the home of luxury sports vehicles such as Ferrari, Lamborghini, Maserati, and Ducati motorcycles, making it an ideal destination for car enthusiasts. Nothing beats Emilia Romagna for less crowded sightseeing and one-of-a-kind cuisine.

The Piedmont’s geography includes a large number of flat plains where countryside farms produce some of the region’s best Italian food and wine. Piedmont is ideal for wine lovers because of its Barolo, Barbera, and Barbaresco grape varieties.

It is a fantastic escape for foodies because it is the birthplace of the Slow Food movement, and its city of Bra is the movement’s International Headquarters. White truffles from Alba are a must-try while enjoying Piedmont’s world-famous cuisine, especially during the Alba truffle festival, which attracts world-class chefs and food lovers from all over the world.

All of Italy’s regions are distinct, and the landscapes and the way of life differ dramatically from one region to the next. Because of Italy’s unique geography, you can experience a little bit of everything in these magnificent twenty regions of Italy!