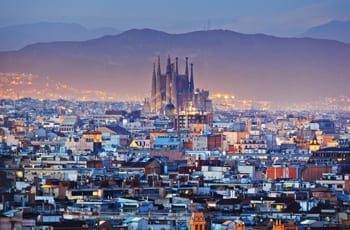 Spanish, the amazing language English equivalent that it is, evolved from Vulgar Latin. The Romance language originated in the Castile region of Spain and is therefore also referred to as Castilian.

It is one of the most beautiful languages and one of the six official languages of the United Nations. It is loaded with some phonetically magnificent words, quotes, phrases, and idioms. Below listed are a few of the Spanish proverbs that you should learn. 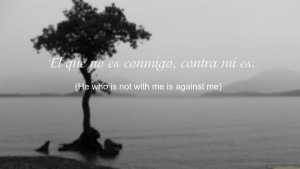 This perfectly proves the fact that the one who is unable or is not precise enough to do any particular work refuses to accept that they are the ones responsible for the problem. Instead, they find it defensive to give excuses and blame someone or something else.

As said here, an incapable writer instead of correcting himself and accepting the fact that it is he who is responsible for his failure in the real world and would blame the pen that is merely an object used in the process of writing. This clearly shows the poor writer’s mistake of making excuses and not accepting his mistake. 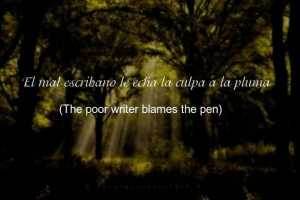 Evolved from Latin, this proverb means ‘God helps those who rise early.’ 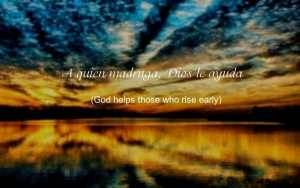 Written for especially travelers and bibliophiles, it means “He who walks a lot and reads a lot, sees a lot and knows a lot.”

Knowledge is the key to the overall problems of life. Knowledge is something that you achieve in your life from the education you obtain or the things you see, experience in your lifetime. In this proverb, the writer literally translates about the two most important and amazing ways from which we get a lot of experiences and wisdom in our life. That is nothing else than Travelling and Reading. Here the writer refers to walking as the journey you carry out in your life the travel you do is more you know about this world and many other things.

Another useful thing is reading. There is nothing as important as the wisdom gained from reading in this world. Thus the one who walks a lot and reads a lot indeed knows a lot. 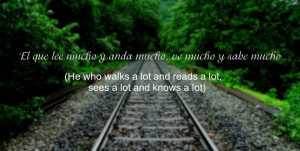 ‘In time, everything is gotten.’ Time is the ultimate healer.

Time is the ultimate healer. Whether the wounds are visible or not but time is everything you need to get out of anything in this world.

You must have heard people say to leave it on time, things will get better. Well, it is true and things to get better with each amount of passing time. 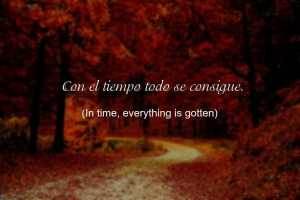 ‘Where there is desire, there is ability.’ A well-known proverb that is not only famous in Spanish but other languages too.

Someone has once said if you truly desire something than the entire universe makes a way for you to achieve it. It is true. Desire is the first necessity to achieve anything.

If you truly have a very strong desire of achieving something than you will get the thing you desire and it is none other than you who will make innumerable massive efforts to get that thing. Thus if you desire it you the ability to get it always follows. 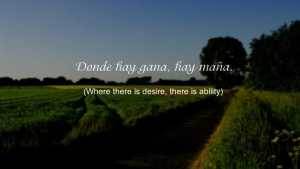 ‘Love can do it all.’ Yes, everyone wants to be loved, once and for all.

Love is the most wonderful emotion created by god n this universe. Love is eternal and people always tend to do the most impossible and the toughest things for the ones they love. Love is also said to be a healer along with time.

‘He who loves well forgets the afternoon.’ 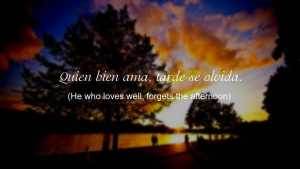 Evolved from Latin proverb, it means don’t wait for tomorrow to do something you can do today.’

Time flies like nothing else. If we want to do something we should be on that the moment we got the thought of doing it. leaving everything on the future here referred to as tomorrow is the biggest mistake everyone does n their life. Being lazy is not the solution but it is the one who creates greater problems.

So if you want to do something, Do it today, Do it right now. 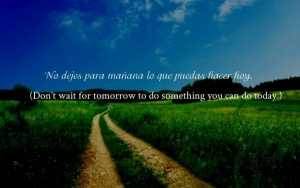 ‘How nice it is to see the rain without getting wet.’ 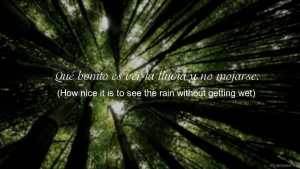