India and her never-ending stories! Don’t they amaze you? Forts and monuments all carry the blood-sheds, sacrifices of bygone days on their shoulders. Looking at it, it would create an obvious scene of those eras.

One of such is the Chitradurga fort. A fort needs no introduction. However, if this is the first time you are reading about it, I hope the article will definitely prove to be helpful.

Why Is The Fort Famous?

Well, the fort of Chitradurga is known for its advanced water harvesting system. Rainwater collected and was stored in interconnected reservoirs, with overflow from each tank flowing into tanks below it. The fort never ran out of water, thanks to this efficient system. The water used to flow to the moats around the fort walls after filling all of these tanks.

1. Where is Chitradurga Fort?

Are you trying to find the location of the Chitradurga fort? Well, the fort of Chitradurga is just 210 km away from Bangalore. It is in the heart of Chitradurga District of Karnataka. If you want to drive to this fantastic location, it may take around 4 hours to reach there. Do not worry; Chitradurga fort is a very famous landmark in Karnataka, and everyone will guide you even if you lose your way to get there.

2. How to Reach Chitradurga Fort?

If you are wondering the ways to reach the fort, here is how you can get here-

Chitradurga railway station is the name of the railway station in this location. The station has connections to all of the country’s major cities. It is recommended that you travel to Bangalore and then take a train to Chitradurga. At the station, taxis are available.

All of the major cities have road access to the city. This location is easily accessible by bus. Buses from the KSRTC and private companies are both available. Taxis are available to take you to a hotel or for sightseeing from there.

3. Chitradurga Fort: From The Pages of History

During the British era, Chitradurga Fort was known as Chitaldoorg. It is a massive fortification that stretches across several hills and overlooks a flat valley in the Karnataka district of Chitradurga. Chitradurga means “picturesque fort” in Kannada, and this place lives up to its name with stunning views of the nearby hills and a serene atmosphere.

The fort was built by the dynastic rulers of the place, including the Chalukyas and Hoysalas, and later the Nayakas. All of them ruled Chitradurga of the Vijaynagar Empire between the 11th and 13th centuries. The Nayakas of Chitradurga, who is also known as Palegar Nayakas, expanded the fort between the 15th and 18th centuries.

The Story Of A Woman Who Stood Against Hyder Ali

The story of a brave woman dates back to the rules of the Nayaks of Chitradurga fort Karnataka.

During that time, Hyder Ali attempted to capture the fort during the reign of Madakari Nayaka V, the last Nayaka ruler. The structure had a crevice that was discovered by Hyder Ali’s army. However, when Ali’s men attempted to squeeze through this crevice at night, a woman was guarding it on behalf of her husband.

When the brave woman noticed this, she killed the trespassers by hitting them with wooden rods. When her husband returned, he discovered the bodies of dead soldiers in the fort’s crevice. He informed Madakari Nayaka V and his soldiers about the invasion right away. Hyder Ali, on the other hand, was successful in invading and conquering the fort.

Nonetheless, the brave woman’s story was not forgotten. History of the fort still remembers her courage and love for her land. She was Obavva.

The Legend of Mahabharata

According to legend, the hills surrounding the fort were significant during the Mahabharata period. Hidimba, a ferocious man-eating giant, is said to have lived on the Chitradurga hill and terrorized the locals. When Bhima was wandering in exile with his Pandava brothers and mother Kunti thousands of years ago, he came across this demon.

Bhima was challenged to a duel by Hidimba. Bhima killed Hidimba, and the region was once again at peace. The boulders here are also thought to have been used as an arsenal during the duel.

If you are travelling for the first time to Chitradurga fort and can’t think where to start, here is the guide if you are starting to wonder about the Chitradurga Fort.

The Chitradurga Fort has a long and exciting history, and it is mentioned in the Mahabharata, a famous Indian epic. The fort’s elegance will captivate you, and it is not an exaggeration to say that you will fall in love with it instantly.

The virgin valley, the hills surrounding the fort, rich history, scenic beauty and mysterious folklore are one of the reasons why people come from all over the world to visit this place. Apart from the fort and the areas within it, there are numerous other attractions in the area. Below are some of them-

Places To Visit Near Chitradurga

The Dam is just 60 km away from the fort. It is built using cutting-edge engineering techniques. The scenery is beautiful and serene. If you want to spend some quality time with yourself in the middle of nature, this is your place.

The famous Davanagere city is also 62 km away from the fort. The Sri Anjaneya Swamy Temple in Davangere is well-known. The temple is decorated with stunning artwork and beautiful portraits of various gods.

Take a lovely and exciting trip deep into the jungle for two hours in a 4×4 open safari vehicle. If you are lucky, you might be able to see some wild elephants, wild boar, porcupine, wild bison, and deer, besides numerous types of jungle birds. Within a 135 km radius, the Bhadra Wildlife Sanctuary is located.

The famous UNESCO World Heritage Site, Hampi, is also located around 152 km away from the fort. The temples of Hampi and their monolithic sculptures and monuments tempt visitors with their fine craftsmanship. There are three significant complexes, each with its own unique story to tell. You can also have a vacation with your children there.

Chitradurga Fort is open every day from 6 a.m. to 6 p.m. Near the entrance; certified guides can be hired to give a guided tour and narrate historical significance. You could get a wholesome travel experience by hiring an expert and get the thrill of a storytelling tour.

Chitradurga is one of Karnataka’s most beautiful towns, and it deserves more recognition than it has received. The seven-circled fortress, which is truly impenetrable to trespassers, represents the pinnacle of skill and craftsmanship. Chitradurga is one of the few hill forts in the country that has survived to this day.

Chitradurga fort offers a one-of-a-kind travel experience. It has everything, whether it’s history, adventure, nature, or quiet. Keep an open mind when travelling. Enjoy the fort in the way that most appeals to you. Make your decision. However, no matter which option you choose, you will never be disappointed.

Why are you waiting then? This summer, pack your bag, fly to Bangalore, and hop on in the car. If you have already explored the place, do not forget to comment your thoughts.

Looking for some travel hacks? Read “15 Most Helpful Travel Hacks You Should Know!” 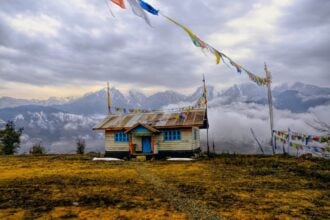 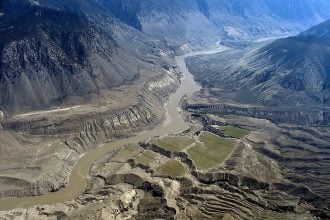