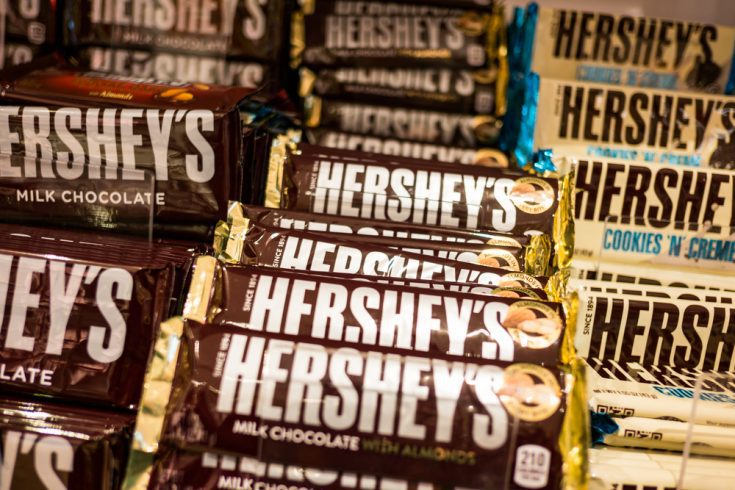 Who doesn’t love a Chocolate Dream? Those bars in brown or white melt and vanish magically when you pop them into your mouth!

The exquisite feeling it gives you as you devour them and get into an enchanted world. It makes you feel as if you are the king now, and nothing around you matters priceless! Adding on to our moments of glee, these bits of goodness are sure to take us to seventh heaven!

As a kid, I’ve always wished that I had my private supply of the Everlasting Gobstopper so that I never ran out of candy. After Charlie and the chocolate factory, I’ve dreamed of being a chocolatier myself. So that I can have chocolates to my fill, drink chocolate syrup from a chocolate river, and acquire a goose that lays golden eggs. Then came the hard fact that this was a fictional, fantasized world that couldn’t be real!

Trust me! That was the biggest disappointment I’ve ever faced as a kid!

But then, these renowned chocolatiers have made our life wonderful and ecstatic by contributing their share to the confections industry!

Here’s a list of a few people inspired and driven into confectioneries by their undeterred passion for chocolates!

In search of the literal melt-in-the-mouth chocolate? Your expensive search comes to an end here! Chocolate back then was never so creamy, smooth, and rich but was more of a hard mass. Rodolphe Lindt, the confectioner in Switzerland, aimed at creating chocolate that was an absolute joy to the senses!

Facing years of failure, as did all reputed Chocolatiers, came one Friday night when he left an old machine switched on for about a whole weekend! A mistake or intentional? The truth is yet to be known! Entering his factory the following Monday, the substance in the stirring tank shone, smelt beautiful, and he was the lucky person to experience how chocolate melted in the mouth!

From the classic Hershey’s kisses to their Cookies and Crème, Hershey’s has swayed our hearts in its direction. Milton S. Hershey, born in Pennsylvania, the man behind this, had always had eyes for the chocolate industry. After numerous failures and a lot of travel across the globe, he came up with a recipe to make caramel using fresh milk, a formula secretly guarded previously by the Swiss. This was the base to start a company of his own.

He established the Hershey Chocolate Company. The fruits of his ongoing trials and experimentation are what we have now as one of the finest, smoothest, and creamiest milk chocolates ever! The crunchy milk textured white chocolate with bits of cookies added, Cookies and Crème, has added to their already existing fan base!

Being an Indian, my emotional attachment to Cadbury’s is more potent than any chocolate extant. Growing up in India would be incomplete for any kid without Cadbury’s. I would call it my childhood love. Spoilt with a five-star or a dairy milk fruit and nut each time I took on a fight with my parents, the practice continues.

John Cadbury hoped chocolate would tempt everyone away from the demon drink and, with similar hopes, made the drinking chocolate which could be afforded only by the wealthiest. As their popularity went nationwide, the heavy taxes on cocoa were cut off. Years of struggle followed, including the setting up the Bournville factory, which established Cadbury’s as a worldwide success.

The Belgian chocolate company, which started over 75 years ago, began as a small Praline-making business in Brussels, Belgium. Under a widespread name, Draps selected the name Godiva when he decided to produce more exclusive chocolate, one of the richest and the finest! The inspiration for this name came from the well-known Saxon legend of Lady Godiva. Hardly did Joseph realize that his chocolate would become as legendary as the lady herself!

Opening boutiques worldwide, their business has spread to a multitude of nations. The Draps family is continuing the company; Pierre Draps, 1919-2012, says chocolate is seduction and that he has dedicated all his life to this art, living a wonderful dream.

That irresistible combination of smooth chocolaty cream surrounding a whole hazelnut within a delicate crisp wafer, all enveloped in milk chocolate and crunchy finely chopped hazelnuts, or that delightful creamy almond, coconut specialty! To those drooling over this and those who believe the maker should’ve come down from heaven, here is a little about Pietro Ferrero!

Even for a start, he began fulfilling his dream by making confections out of hazelnut and cocoa and spreading them to the world. With the need for premium chocolates on the rise, they expanded to the whole of Italy and launched the Nutella hazelnut spread, a boon to all chocolate lovers. Keeping to its mission, the Ferrero Company strives to produce nothing less than premium quality chocolates at affordable prices.

The unique triangular peaks of gee would be what my eyes constantly searched for when someone claims to have brought chocolates from abroad. Adding to my surprise, the instantly recognizable package and logo were patented even early in those days.

Taking over from his father, Jean Tobler, Theodore Tobler invented this unique bar of chocolate and coined the name Toblerone from the names “Tobler” and “Torrone,” the Italian word for honey and almond nougat. The dark, white Fruit & Nut Toblerone, one of the finest Swiss milk chocolate with juicy raisins, came into the market.

If I ever had a chance to meet any of these people, I would have a hundred questions to ask them. I would thank them for their inevitable contribution to the confections industry and for pleasing my palette since I was born, to this day, for being one of the reasons behind my merriment.

My heartfelt respects to each one of you.