“When beggars die, there are no comets seen;

The heavens blaze forth the death of princes.”

-Said a tormented Calpurnia to Julius Caesar, who’d indeed succumb to death in some time from this. Back in school, it was oh-so-textual, but this line stuck on to my memory. Years later, sitting alone against the backdrop of a thunderous night, I felt it echoing back to me with a chill as the news of Sunanda Pushkar’s death flashed on the screen.

Who really was she? She didn’t affect my life or many others in any way except for compelling us to stop for a second look, as she basked in news tabloids; yet the death of her, straggling an even more horrifying trail of conspiracies, sinister plans, the cameras, and the possible suspect of it being her own husband inflicted a certain melancholy into my night. The weather too played along- dark and sinister, as if blazing forth the anguish of death, so untimely and arbitrary.

And then some touch millions of lives with their enigma, and their deaths propel that wonder and news as much as their lives. Four decades since the ill-fated night of 1962, she continues to live beyond her death in the celluloid, in graffiti, or the adulation of some fan’s memory. It’s none other but the enigmatic and the overwhelming Marilyn Monroe!

“Marilyn Monroe,” “Norma Jeana,” there were many identities conflated into one glamorous supernova of “Marilyn Monroe.” She could be the stripped and teasing pin-up girl, the sexy Hollywood starlet with a vile reputation and a flirtatious charisma, the vulnerable seductress ending up with failed marriages and impending loneliness and schizophrenia, a struggling “actress” desperate to prove herself something other than a “sex symbol,” a lonely orphan with a childhood shattered with abuses, and then shooting to Hollywood’s dream stardom enacting a better Cinderella stint than ever, only to be drowned further in an emotional turmoil that ultimately led her to her death.

It was the last phase of her career where she was putting a fight against its gravity, oscillating between being sued from production and negotiating new projects that were supposed to release in 1964! Yet on the morning of 5th August 1962, she was found dead on her bed, stripped and wrapped in her sheets.

A suicide! When the most desirable woman on the planet chooses to destroy her life, which could only be the envy of millions, we secretly begin to relish in the little that we have, thankful that we haven’t been granted it all. Just that Marilyn might not have actually committed suicide. Later reports claimed that the medicine bottles were neatly capped beside her table, and there was no sign of vomit, a common result of a drug overdose, which apparently caused her death.

Then how did Marilyn die?

The secret was buried well along with her grave and, of course, wiped out by the police and some doctors, otherwise expected to save her. Yet the question lives on, as much as Marilyn continues to live, and all of them point towards none other than the most powerful man in the world, the US President, John F. Kennedy, and his brother. Was Marilyn murdered? Not impossible. But that’s where it ends, in a trail of potential possibilities, and the victim and the murderer, all dead and gone.

Honestly, we as the audience, hidden in the shadow of the celluloid screen, were and are still held engrossed by all that refracted images embodied in one Marilyn Monroe and her death still moves our sympathy at her destitution, sometimes our ridicule at her extravagant notoriety, sometimes our desires, longings and ultimate surrender to the Goddess she breathed.

There was yet another moment of demise that left many hearts broken. With her pedantic beauty, and I mean a wholesome one, she quickly rose to become the eye-candy of millions and probably the cause of many scandals to the Royal Family’s honor. On the night of August 1997, the car that carried the princess and her lover, the Egyptian, Dodi Fayed, crashed to meet a fatal end as the paparazzi hunted them. It was a fatal accident or a planned and executed murder. With suspicion triggering at the Royal Family, the MI6, and the most powerful men and agencies, it is no surprise that history will pretend Diana’s death was an “accident,” an accident shrouded in great mystery.

What makes these deaths so different from any other? Death remains just as brutal and unforgiving to everyone living. Yet once in a while, some people walk into the lives of millions, smiling ingloriously from their star-studded world, and that’s all the difference it makes; it just affects too many people all at once. We are, after all, an extensive capitalistic consumer-culture gorging on news tabloids and gossip columns, and clandestine trysts, and the paparazzi are more intrusive than ever. But in all this, the “star” burning in the glaring lights of the camera is too often dehumanized to produce a make-believe illusion of fantastic clothes, love affairs, and scandals. And then, caught up in their own glamorous confines, some like Monroe, or the Bollywood Diva, Divya Bharti, trigger something sinister in others, and one day is mysteriously killed.

Yet they live on. Beyond time, beyond their untimely mysterious death, as an icon, as a memory. A sheer force. 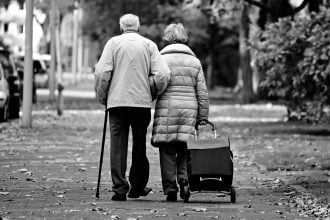