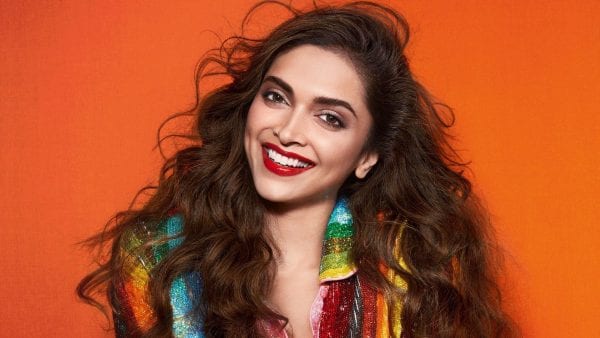 She makes everyone’s heads turn when she enters a room. She has changed the way people look at Bollywood actresses. She has gained a considerable fan following over the years, and her fans genuinely admire her a lot, and it shows. To know all about Deepika Padukone, we need to dip deep into her life and how she turned out to be this successful woman that she is.

Let us know all about Deepika Padukone by listing down the facts about her life and career.

All about Deepika Padukone

If you are a fan, then you must know all about Deepika Padukone and how she gained so much popularity in the Bollywood industry.

1. Who is Deepika Padukone?

Deepika Padukone is an Indian actress and producer. She was born on January 5, 1986, in Copenhagen, Denmark. She was moved to Bangalore when she was 11 months old. Her nationality is Indian.

Deepika Padukone is the daughter of Prakash Padukone and Ujjala Padukone. Her father was a renowned badminton player who ruled the badminton scene for over a decade. He was awarded the Padma Shri in 1982. She has a younger sibling named Anisha Padukone, who is a golfer, and she has represented India multiple times at the international level. Anisha Padukone was born on February 2, 1991. She finished her education from Mount Carmel College.

When Deepika was young, she did not have many friends. She grew up with very few friends. It takes time for her to get along with people. She has a hard time trusting people, and that is why her friend circle is pretty small.

3. Her Interest in Sports 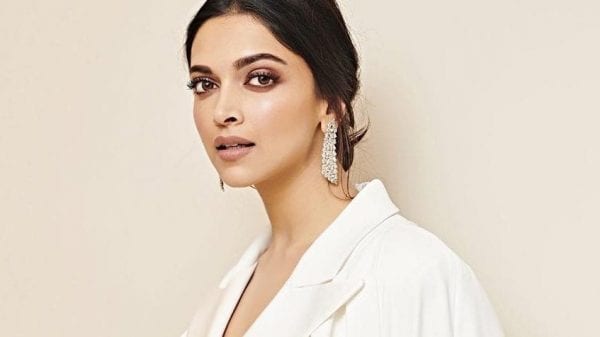 For the role of Chandani Chowk to China, she has professionally learned Jujutsu, Japanese martial art form. She has always been really dedicated to her work, and that is why if you know all about Deepika Padukone, then you may know that she performs all the stunts in the movie. No duplicates were present in that movie.

She has learned to dance from Shiamak Davar’s dance academy. No wonder she has got such amazing moves. Deepika Padukone has aced her acting skills by learning it with Anupam Kher. She has worked for HT City as a freelance writer in the year 2009.

6. Movies She Did Not Feature In

She was expected to be featured in Sanjay Leela Bhansali’s Saawariya. It was supposed to be her debut Bollywood, but obviously, that did not happen. Sanjay Leela Bhansali cast Sonam Kapoor for the lead role because he wanted to feature star kids for the movie. Sonam Kapoor, the daughter of Anil Kapoor and Ranbir Kapoor, the son of Rishi Kapoor, was cast for the film.

Both Saawariya and Om Shanti Om released on the same day, and without much doubt, Om Shanti Om made much hype as compared to Saawariya. Om Shanti Om was appreciated a lot by the audience.

Knowing all about Deepika Padukone, she was approached first for movies like Dhoom 3 and Jab Tak Hai Jaan, due to certain circumstances, Deepika Padukone turned down those offers and the lead role for both the film featured Katrina Kaif. Directors and filmmakers have a particular actor that they set the mind for, and for these two movies, they set their minds to cast Deepika Padukone.

The first-ever break that Deepika Padukone got was given to her by Himesh Reshammiya. He is a famous singer and music composer. He recognized the beautiful looks of Deepika Padukone and featured her in the song Naam Hai Tera. This song was a part of his album called Aap Ka Suroor.

Deepika Padukone’s debut movie was not Om Shanti Om but a Kannada movie called Aishwarya, directed by Indrajit Lankesh in 2006, but unfortunately, it did not get much recognition. The Kannada movie that she first starred in called Aishwarya was offered to her because knowing all about Deepika Padukone, she had a thick South Indian accent, and the makers were looking for an actress that could do that for them.

She was starred with Shahrukh Khan, and Farah Khan directed the movie. In that movie, she was loved by a lot of people and got a lot of recognition. Everybody wanted to know all about Deepika Padukone because she was the talk of the town. The movie was released in the year 2007, and people instantly became a fan of her smile. Her beautiful smile with a dimple attracted many people. 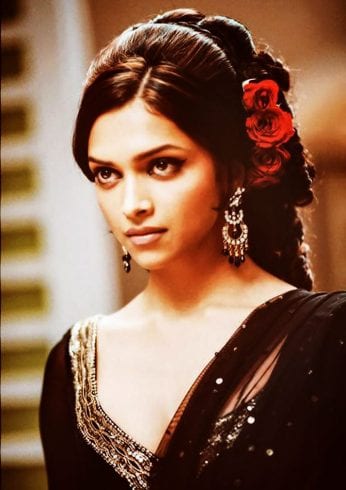 Om Shanti Om had a famous song called Aankhon Me Teri, which was popularized by the people and was instantly made a hit because of Shahrukh Khan’s acting and the debutant Deepika Padukone’s smile.

The movie Happy New Year was supposed to be Deepika Padukone’s debut movie. She had to turn down the offer because she was already working on Om Shanti Om. Later the film Happy New Year released with a huge budget and a lot of celebrities but could not do very well in the theatres.

8. The Popularity of Chennai Express

The movie Chennai Express got a lot of appreciation from people all across the country. Rohit Shetty directed Chennai Express, and initially, Kareena Kapoor Khan was approached for this movie, but due to certain circumstances, things did not work out for her. After that, Deepika Padukone was cast in the movie for the lead role of Meenama.

People started liking her for Chennai Express because of her cute South Indian accent. One of the comedic scenes from the movie was highly popularised, and people of all ages enjoyed watching the movie. Chennai Express was like a flight to success for Deepika Padukone.

9. Connection with the Khans of Bollywood

Deepika Padukone seems to have a healthy relationship with Shahrukh Khan, and she has done many movies with him. Some people suspect that it may be one of the reasons why she has not featured with Salman Khan in even a single film.

It is known that Salman Khan had approached Deepika Padukone for a movie in the earlier times, but Deepika Padukone refused to accept the offer because she thought she was too young to act. At that time, she was not ready to be launched in Bollywood.

Speaking of her past relationship, before getting linked to Ranbir Kapoor, Deepika Padukone was actually in a relationship with Nihar Pandya. Nihar Pandya was a model and an aspiring actor. They both met in the acting school in the year 2005.

It is said that Nihar Pandya and Deepika Padukone were in a live-in relationship for almost three years. Nihar Pandya was a struggling actor at that moment and did not receive much popularity moving forward.

After breaking up with Nihar Pandya, she was allegedly also in a relationship with Upen Patel, Muzamil Ibrahim, Yuvraj Singh, Siddharth Mallya, and Ranbir Kapoor.

The relationship that she had with Ranbir Kapoor was known to be extremely serious. She planned on marrying Ranbir Kapoor and also made a tattoo of his initials. 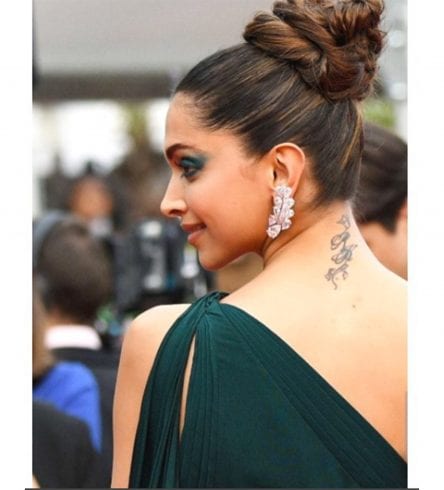 Her relationship with Ranbir Kapoor was soon called quits after Ranbir Kapoor cheated on her. The revelation of his infidelity was made by Deepika Padukone himself. She also said that Ranbir Kapoor cheated on her not once but multiple times. She was involved in a controversy when she commented on Katrina Kaif’s free pictures from Ibiza. It did not go down well with the fans, and they criticized her for that. Many people also appreciated her for speaking up, and she got mixed responses for the same. 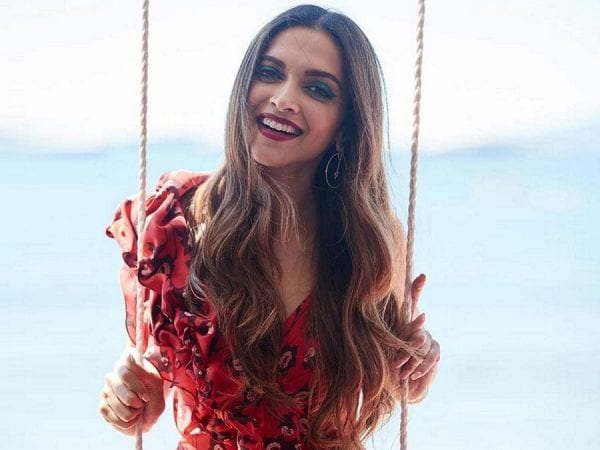 Deepika Padukone was listed as India’s Most Beautiful Woman in the year 2012 by People India Magazine. She was ranked as one of the top 100 hottest people in Maxim, India.She was also listed as the most desirable woman by Times of India, FHM voted her as World’s Sexist Woman. Entertainer of the Year by NDTV India in 2014 and many more similar records. She owns her clothing brand called All About You by Deepika Padukone. Deepika Padukone has a wax statue of herself in Madame Tussauds London. 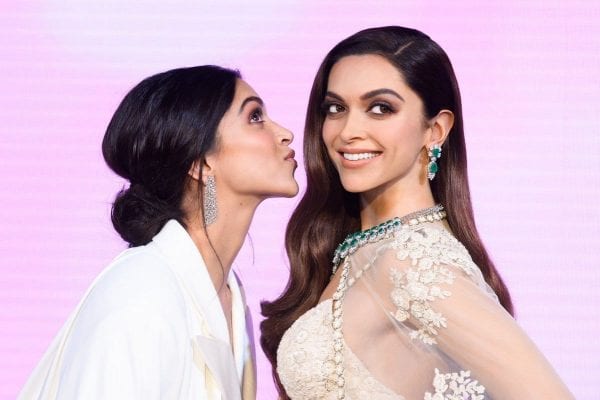 The year 2013 was all about Deepika Padukone. She gave four back to back hits, and all four movies were a part of the 100 crore team. These movies were Yeh Jawaani Hai Deewani, Race 2, Ramleela, and Chennai Express.

Deepika Padukone is also one of the highest-paid actresses in Bollywood. She was not afraid to admit that she was paid even more than the leading actors in one of her movies, Padmaavat. She once received a bouquet as a sign of appreciation from the legendary Amitabh Bachchan for her performance in Ramleela. 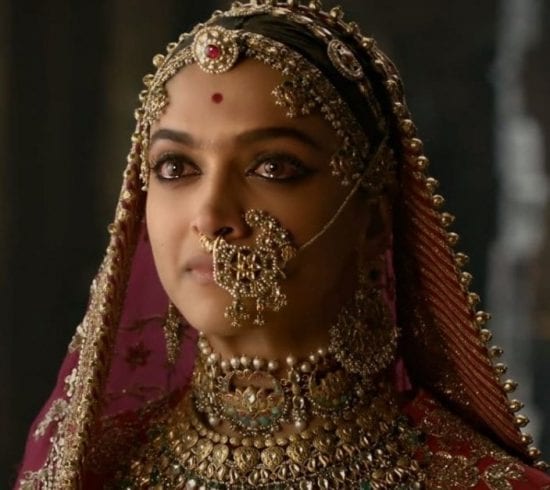 13. Her Battle with Depression

Deepika Padukone has been very vocal and up-front about her battle with depression. She was diagnosed with depression in the year 2014. Her mother was one of the first few people that started noticing her symptoms and advised her to seek help.

Her battle with the illness inspired her to come up with a foundation called Live, Love, Laugh in the year 2015. This charity helps out people who are dealing with mental health issues. It is supposed to be a way where people would reach out and seek help. To watch the Youtube video wherein she opens up about her depression, click here.

At that time, the mental health talks were all about Deepika Padukone. She began normalizing the conversation about mental health and why it was important for people to speak up and come forward. 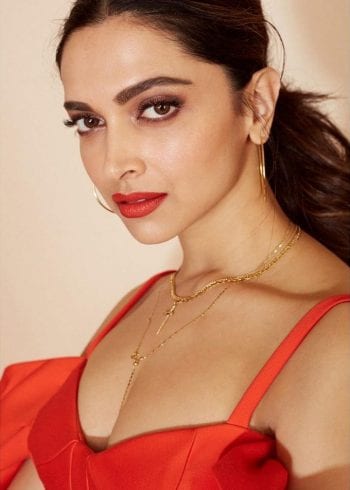