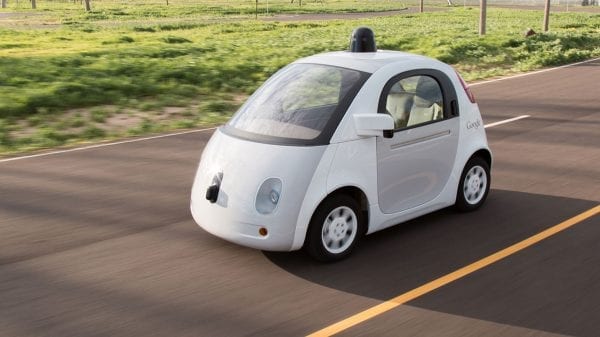 Driverless cars are not far in the future, the testing has already started! New Delhi as well as other cities, have agreed out to try this new innovation. The first driver-less cars are to go on the streets of the British metropolis. The new shuttles will be similar to electric shuttles currently used at London’s airport, Heathrow. 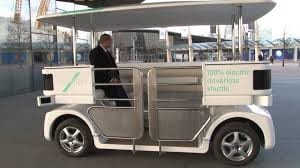 (A shuttle at the Heathrow Airport)

Few features and characteristics of this driverless car need more work; for example, the exact design of the model is still not decided. The engineers are currently attempting to help adapt these driverless cars for use on the streets. However, the group behind the project confirmed that the shuttles will not run on any tracks. Not any time soon, at least.

British companies are working together to build up this Perfection.

Great Britain will hold the trials of the new vehicles in Greenwich, Bristol, Coventry and Milton Keynes. The project costed a heavy £8m and it was jointly funded by government agencies such as Innovate UK, as informed by BBC.

The creation and testing of the cars is at the hands of a British car-maker, Westfield Sports-cars. Heathrow Enterprise is responsible for building software, while Oxbotica will be responsible for sensors and mapping of the area to provide maximum safety during a journey. 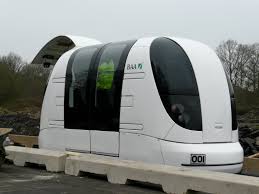 Seven exemplars of the new technology constructed by the project “The Greenwich Automated Transport Environment project” – or “Gateway” – will present themselves in the streets of the British capital. The inhabitants of London will be able to take the driver-less pods in the Greenwich Peninsula, exactly from the place where the O2 Arena is situated, from July. The routes are still uncertain; however, it includes residential areas, business areas and the North Greenwich, as BBC wrote.

Without any driver, but with a steward!

The pods will be put to the test for three months. The first passengers will be invited users, and later it will be made available to the public passengers. One vehicle can carry a maximum of seven people, including a steward. The “pod crew” will always be present to press an emergency button in case of danger.

“It will tell us whether people trust and accept these vehicles and how they would work as part of the urban landscape,” said Prof Nick Reed, academy director at Transport Research Laboratory which is leading the project. “This vehicle has millions of miles under its belt and now we have to take it outside of the track and modify it for use on pavements,” he added. 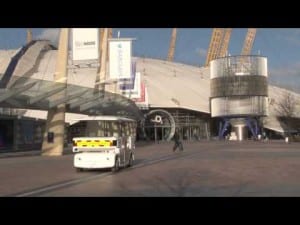 The mentioned Heathrow Ultra Pods are currently shuttling passengers between the airport parking and Terminal 5. They started five years ago and till now they have driven about 1.5 million passengers and have traveled about 3 million kilometers.

It all sounds like a scene from a Sci-Fi movie, however it is true. In no time, we will get to the age when we will call upon a flying taxi from our window to go to our technologically developed jobs and schools. This is a huge step toward an efficient future.

But who will we blame for bad driving and unexpected traffic if there are no drivers?

Also check out the List of 11 Best Cars To Modify.