Eco Village- A Better Living and Why We Need It 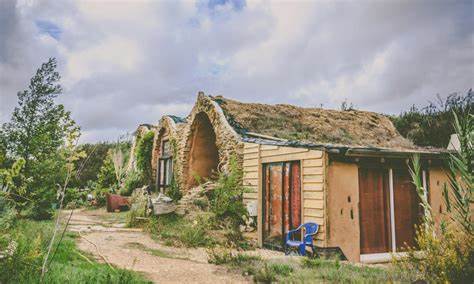 An eco-village is a human-made village that has been particularly made to achieve a more environmentally friendly and economically sustainable community. It is constructed specifically to lead to the least negative impacts on the environment altogether. The designs of all the constructions and the inhabitants’ lifestyles are developed to thrive for the least environmental damage. 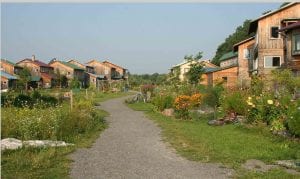 An Eco-Village in Ithaca

The people who live in an eco-village have their own sets of rules and regulations that lead them to live peacefully. All of them have similar ideas regarding the conservation of the planet, societal issues, economic balance, cultural heritage, and emotional wellbeing.

The inhabitants of an eco-village have chosen an alternative path to fulfill their daily activities and amusements. They understand how destructive the usual electric supply methods, water supply, transportation modes, and waste treatment plants are in nature. They have boycotted the usual socially accepted matters of recreation and living.

The insensitive system of using mass-created products about the business and consumer fulfilling is barbaric to the eco-village people. A kind of mass production, factory farming, poultry farming, over the use of fossil fuels is all the things that people living in the eco village stay away from to preserve the planet.

People living in the eco villages have chosen a different lifestyle, away from the masses, but their simplistic way of living helps everyone as it makes the earth a better place. The rest of us should let go of the consumerist lifestyle and adapt ourselves to this new way of living. 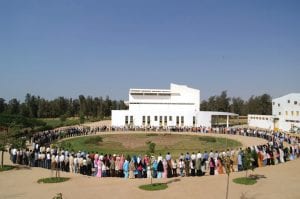 Members of an Eco-Village

The negative impact of eco-villages is very less and negligible if we think about the positive effects. At first, many eco-villages were only the neighboring ones, but now eco villages worldwide have come together to achieve more of their goals. The Global Ecovillage Network is the biggest example of this. Further, we have organizations like the Ten Thousand Villages, which help in trading handcrafted goods from these villages worldwide.

The Definition of Eco-Village

The Executive Director of the Global Eco-Village Network, Kosha Joubert, has defined an eco village as a developing process, which is ongoing and progressing steadily. Here, a group of people who might belong to either rural or urban communities come together and design a system that focuses on the regeneration of their social and natural surroundings. They keep in mind all the aspects of sustainability that are social, cultural, ecological, and economical.

In an eco-village, just mere survival based on no harm to the environment goal is not enough. The community must also pay attention to the natural resources that have been already lost and think about harmless ways of restoring them.

With the advancement of technology and devices that emit minimum damage to the environment, life in eco villages has improved and became more sophisticated and structured. The group of people who live in an eco-village might not be tied together like a cult or a common religious belief. They are just a group of individuals who believe in a better and harmless living.

The first idea that more or less resonated with that of an eco-village was the back to the land movement around the 1960s and 1970s. The community that started that is still relevant is called the Miccosukee Land Cooperative (MLC). James Clement van Pelt co-founded it in the year of 1973 in Tallahassee, Florida. 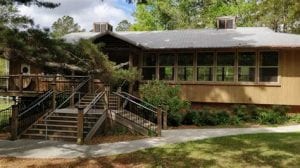 During this period, the objective to convert to alternatives of the usual much natural energy-consuming ways of suburban way of living started to become popular. This happened due to the high demand and limited availability of natural resources.

George Ramsey, a professor at Georgia Tech, was the first person who came up with the term eco-village. He said this in the First World Energy Conference of the Association of Energy Engineers in 1978.

Ramsey said an eco-village concentrated on energy applications that were passive in nature to build the environment. He encouraged small car-free developments that were limited but less harmful. He further added that technology was not the downfall of the United States’ environment, but rather it was the lifestyle of the people living in it. He had also presented a sketch by one of his students that closely resembled today’s eco villages.

With time the concept of eco-villages became more popular. In the 1980s, it focused on cohousing and other ways to make the community a better place. Robert Gilman and Diane Gilman wrote more about ecological options and the community in their book Eco villages and Sustainable communities.

In the year of 1990, the first eco-village was built in North America. It was called Earthaven Eco Village, located in Black Mountain, North Carolina, built by the design of permaculture principles. In 1993, the first family moved in there and started living in the eco-village. As reported in the year 2019, Earthaven Eco Village has about three hundred and sixty-eight acres. More than seventy families live there currently.

In the annual autumnal conference held by Findhorn in Scotland, 1995, the organizers had to turn away many people. By this time, the concept of eco villages and the idea of sustainable living was thriving.  Many people resonated with this idea and wanted to be a part of saving the planet. Findhorn, an experimental way of sustainable living, started to call itself an eco-village after the conference.

Twenty-five people who attended the conference in Findhorn started the Global Eco-Village Network. They brought together hundreds of eco villages that started by themselves but did not know about each other’s existence. The Gaia Trust in Denmark funded the network initially. At present, eco-villages exist in more than seventy countries, stretching on six continents.

Many new approaches in the building of eco-villages developed over time. One such approach was to build it more attractively so that the eco-villages concept would be generalized and more attractive to people. The Living Villages and The Wintles are eco-villages where strong social conduct is observed among the people. They have shared spaces where they grow crops together or a commonplace for animal husbandry.

The features of an eco-village are so that they can be followed in urban and rural areas. Mostly the people who live in eco villages try to grow their own needs or shop local. They don’t really trade for products that are easily available where they live. People living in a particular eco-village can freely explore their own sustainable living methods or modify the available ones.

Johnathan Dawson, who was previously the president of the Global Eco-Village Network, has written in his book Eco villages: New Frontiers of Sustainability about how eco villages are not government-sponsored but by a group of conscious human beings. 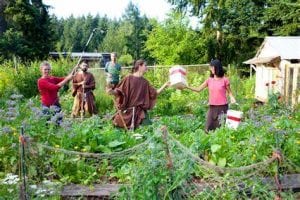 He has also written that although the inhabitants of an eco-village practice live in harmony; they are not dependent on necessities like food, water, or shelter. The eco-village rather makes them more independent and teaches them how to gain these things independently. They share a common spirit among themselves. Dawson has further added that eco villages serve as an educational means for people who don’t live in them as they preach of the unparalleled lifestyle there.

The Governance of Eco Villages

As a considerable amount of people live together in an eco-village, some governance is required. At first, many eco villages had adopted the consensus decision-making method. Still, as this requires everyone’s involvement, it can really be time-consuming, and some decisions would always turn out to be not taken as there was someone or the other opposing them.

More and more eco-villages opt for sociocracy and other alternative methods as it focuses on consent rather than the elaborate majority voting system.

Eco villages always choose a governance method that keeps the good of the environment higher than economic prosperity.

The members of the Global Eco-Village Network discuss among themselves various ideas for better fulfilling of their objective, gathers information, use modes of eco-friendly technology, and improve cultural and educational sources.

The Global Eco-Village Network shows their support and encourages a sustainable way of living across the globe. It helps in the communication of eco-villages all over the world through a common platform. It also looks for more lands suitable for building more eco villages as more and more people are opting for this lifestyle every day.

The Global Eco-Village Network has also done many collaboration works and projects like UN Best Practices, EU Phare, European Youth for Action or the EYFA, the Economic or Social Council called ECOSOC.

Members of the Global Eco-Village Network

The Global Eco Villages have members from all over the world who believe in this new sustainable way of living. They are:

1. The eco-towns, such as the Auroville in South India, the Federation of Damanhur, are located in Italy.

2. The rural eco-villages, the Gaia Association, is located in Argentina, the Huehuecoyoti in Mexico.

3. The various permaculture sites, such as the Crystal Waters, Queensland, Australia, Bolivia, Brazil, Barus, and Cochabamba.

5. The educational centers, the Findhorn Foundation of Scotland, the Centre for Alternative Technology, in Wales, United Kingdom, and the Eco-Village Training Center are in Tennessee, United States.

Currently stretched over a beautiful and luscious green land is the world’s first eco village, Earthaven Eco Village. It is located on a land piece about 320 acres in the Blue Ridge Mountains of North Carolina. 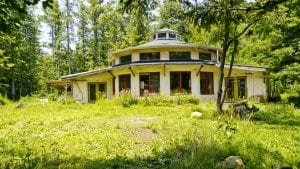 The Earthaven Eco Village was established in the year 1994 and made up of about 60 members. The members of this eco village have an interest in permaculture. It has beautiful, and well-maintained forestry, the water and energy used in hundred percent self-sufficient, and the farms are extremely fruitful.

The governance and decision-making structure of Earthaven Eco Village is such that if eighty-five percent of the members agree to a particular motive, it is passed.

The Earthaven Eco Village Network is open for tours to everyone who wishes to visit without disrupting their harmony. Classes on sustainable living, projects, and interactive sessions are also held there.

An eco village is an option right before us that will help us in saving the earth. Although humanity is getting developed every day, it still depends on natural resources. Nature has always been kind to human civilization by providing us with its abundant resources. The lifestyle in eco villages is something that we can practice benefiting us and the environment.