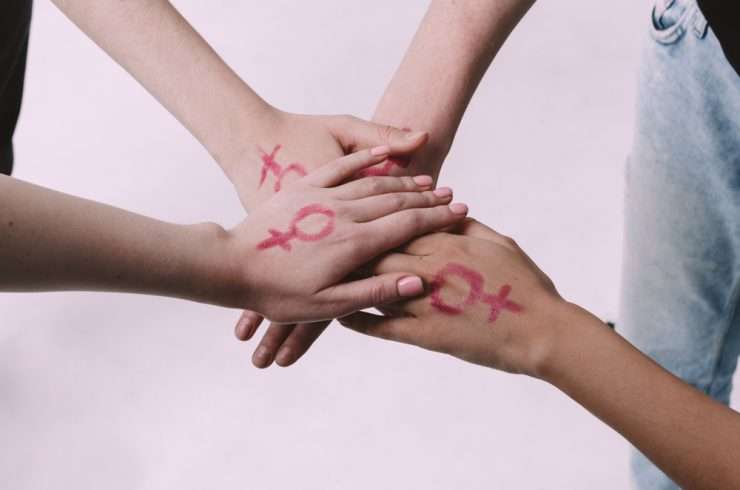 So, what is feminism? Is it analogous to the Jasleen Kaur case that took so much media attention, or is it limited to the concepts of ”having sex outside marriage” as depicted by Deepika Padukone in her video “My choice.” I don’t think that all that is the real definition of feminism, because feminism is so much more than that. The dictionary quotes feminism as “advocating equal rights to women” but let’s highlight how far or how close we are to this matter of fact.

Every year, complaints against dowry cases are filed in large numbers, but it is also true that women misuse Section 498A (a non-bailable and non-compoundable act) to harass their husbands and their in-laws. These are women who claim equal rights in the name of feminism.

Factors contributing to these forge complaints are:

1.Lack of laws to support such false claims.

It is great that people raise their voices against injustice; however, those misusing these women’s rights for their own selfish benefits in the name of feminism are nothing less than criminals themselves. I have seen more people attending to Rohtak girls or the Jasleen Kaur case than people paying attention to the sensitive cases, as in the Badau Rape case, which the CBI declared as a double suicide. Being a female, we can’t deny that a major population of the country still lives in the non-urban areas even now. If we really want to take authority over the word “Feminist,” it’s us who have to take the necessary steps to uplift them.

Feminism is not about hating men and going gaga talking about it to people and at the same time asking for favors just because you are a woman. It is not about being superior to the other sex, rather about being equal.

We are not unaware of how Malala Yousafzai, in the true sense, depicted “feminism‘ when she blogged BBC about a girl’s education at just 11 years old, survived a terrorist attack, and championed her own foundation, among other accomplishments. Malala’s father was himself an example of a male feminist who was quoted as saying, “If we want equal rights for women, then men have to step forward.”

Feminism is not about looking down upon the other gender. It’s all about equality.

A feminist film-maker from the US  was recently criticized for making a “balanced” men’s rights documentary. Why do people have to blame her? We live in a world where we are so easily influenced by celebrities or people who make the daily headlines. Here are a few examples that will tell us how they so crystal-clearly are true feminists.

2.Farhan Akhtar launched a campaign “MARD”- Men Against Rape and Discrimination,” he also went to New York as a part of the panel discussion for violence against women. He was quoted saying, “Gender violence and inequality is not just a women’s issue. It’s also a man’s issue.’

3. Amitabh Bachan, the actor of Bollywood, is an active supporter of women’s empowerment. Recently he was chosen as the UN Ambassador for the girl child and looked forward to freeing the country of women discrimination. He also supports the “Bell Bajao” campaign that addresses the issue of domestic violence.

4. On January 29, 2009, President Obama passed a bill, “Lilly Ledbetter Fair Pay Restoration Act,’ allowing women to file equal-pay lawsuits against their employers for up to six months after receiving their last paycheck.

From the historical period, inequality has always existed among men and women, but the concept of feminism has come to light in recent times. Instead of humiliating or abusing the other sex, let’s put genuine and more efficient steps towards creating a balanced life and environment for each other. Let both the pillars, male and female, be standing firm amidst all social, cultural, and professional problems.