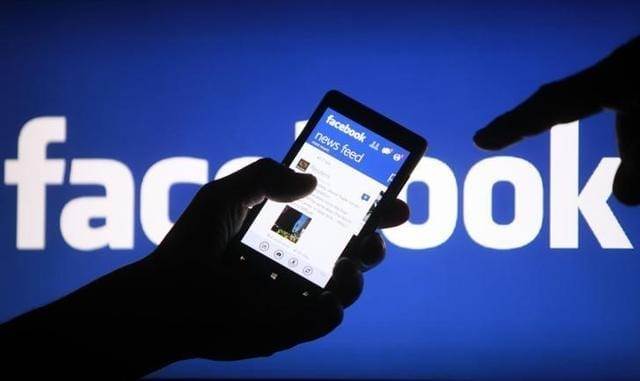 Free basics by Facebook is an initiative taken by Facebook to connect the rural, the poor and the backward people to the internet so that they can get an education, a chance to learn something new, get job opportunities, and stay connected to the outside world. There are at least a billion people who still only dream of being educated and having jobs. Free Basics is here to help them. As a matter of fact, when it comes to India, free basics can give the whole country a better future. But why is something with such a great aim at the risk of being banned? 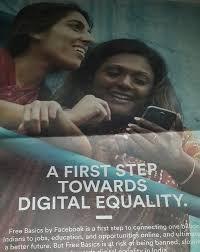 Mark Zuckerberg urged India to approve of and to support Free Basics. It is free of cost and intended to help the poor. Through Free Basics, they will have access to a few websites through their mobile phones. Digital India, is possible only if and when those rural and poor people also can access the internet. So, it is in a way, helping India become Digital India. But why is it being opposed? Why the ban? The poor deserve access to the internet too. Just because they can’t afford an internet connection doesn’t mean that they don’t have the right to it. They do. The only way they can is through Free Basics, which is trying to help them. 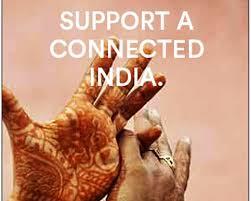 A few tech community members say, “No internet is better for the poor than offering them a few selected websites.” They say that nothing other than the Internet could help them stay connected. They say they want India to be digitalized, and now, when Facebook is here to help us get a Digital India, there are debates all over the country over it! Why? Is it because of no access to mobile phones by the poor? No, everyone has a mobile (at least a basic model) these days. Is it because they might misuse the internet? No, they don’t have access to all websites, it’s only a few, including facebook and 20 other educational and social networking sites. 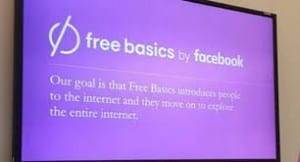 Reliance, the only company (as of now) that supports Free Basics, has also been asked to stop its service for a few days until the debate on ‘Is free basics a threat to net neutrality’ ends. It being a threat to net neutrality is the only reason that it is at the risk of being banned. Free basics just aims at giving an opportunity to those who thought they would never get to study or never get a job. It’s to let them know the options out there and to give them a chance at those options. 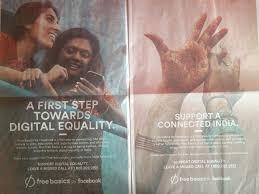 Free basics can help the country. You climb steps to reach the top.  In the same way, this is the first step to Digital India. What’s surprising is that they think Free Basics is violating the rules of the net neutrality.

If given a chance, I think Free Basics will work out exceptionally and be successful in reaching its goal.