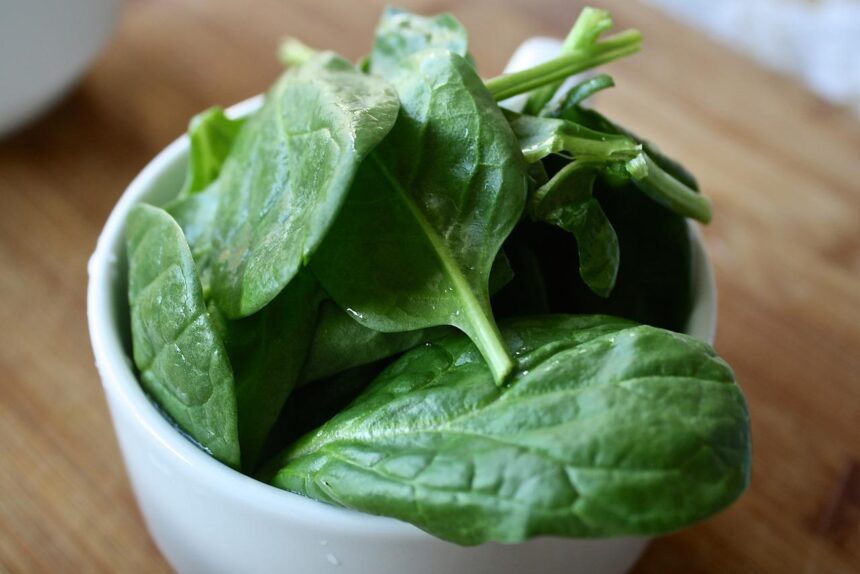 How healthy is your heart? More than 610,000 people fall prey to them every year, according to the American Heart Association. That is as many as one in four deaths – and often, these could be avoided, if we had the right medical equipment.

Two recent developments can just make it possible to combat these diseases- 3-D printing and spinach leaves, something we will take a look at below.

Three-dimensional (3-D) printing has been around for quite some time now. Hearts, printed using 3-D printers, have already revolutionised surgery and treatment. However, these recent ideas present something new.

During a heart attack, the tissues of the heart are damaged. The blood flow to the heart is cut off, and consequently the cells die. Since these heart muscle cells cannot be replaced, the body makes up for their loss by forming scar tissues. However, scar tissues are weaker than the heart muscle cells, and the heart may not function as it should, which can lead to increased risks of heart diseases and heart failure.

A study conducted by a team of researchers at the Universities of Minnesota, Wisconsin and Alabama, it was observed that the creation of a 3D-bioprinted patch could help scar tissues heal after a heart attack. The research team included significant names like Libang Yang, Paul J. Campagnola and Vladimir G. Fast.

They used laser-based 3-D bio printing techniques for incorporation of heart stem cells on to a matrix. These cells, originally derived from an adult human, were then made to expand and beat for some time in a lab dish. The study has been recently published in a journal by the American Heart Association, `Circulation Research.’

It is quite possible that using the rapidly-advancing technologies, the scope of this study can be widened and soon will be able to heal the hearts of larger animals and even humans.

During the initial research, it was tested on a mouse who was made to suffer a simulated heart attack.  After the lab-grown stem cells, in the form of a patch, were placed on the mouse heart, the researchers observed a significant increase in the heart’s functional activities in just a month. The great advantage of these patches is that they are highly absorbable by the body since they are made of natural tissues, which automatically reduces the probability of more surgeries.

The next step is to scale the research up and a plan to test a similar but larger patch on a pig is already in motion.

Hopefully, with successful trials, it can be used to heal human hearts within a decade.

Success could not have been achieved without the precision and the high resolution of 3-D printing techniques. The creation of this patch was only possible because of a three-dimensional digital scan of the heart’s structural proteins on which the researchers based the patch on.

The good news for heart disease patients is not yet over. In yet another massive breakthrough, scientists have created a whole human heart with the help of a spinach leaf. Yes, you heard that right- as if vegetables already were not great enough!

In new research, it has been found that spinach leaves can be used as a scaffold to build live human heart cells. Hearts need to have a natural vascular network for blood flow, creating which is one of the biggest challenges in tissue engineering. Leaves have a network of thin veins that help to supply food, water, and other nutrients. The research is based on the idea that leaf veins are similar to vascular veins and so, can be used to mimic the flow of blood through a human heart.

In this study, scientists removed the plant cells from a spinach leaf by modifying it in the lab using detergent solution—and all that was left behind was the cellulose frame. Cellulose is biocompatible and already finds a lot of use in the medical industry.

To this frame, scientists added live human cells, which could then grow around the leaf veins. After the human heart tissues started growing on the cellulose scaffolding – and there was enough tissue to at least resemble a mini human heart – scientists poured the fluid into this hybrid system’s veins to show that blood flow would be possible.

While people will not be getting spinach hearts just yet, the initial results have been very promising. Years of research have to be completed before we test human reactions to spinach or other plant leaves. However, this study has doubtlessly opened a lot of doors to a new era of heart treatment.

There is always a scarcity of organ donors. More and more people on the National Transplant Waiting List (which is longer than 100,000 names) die every day. To find a way to grow tissue in the lab, and that too from a plant that can be grown easily, is a positive sign towards bridging the gap between donors and recipients.

The process can be used to restore damaged areas and heal them completely. In fact, not only spinach, other vegetables with a structure similar to the human heart are also a possibility.

With such promising developments as the ones mentioned above, it is possible that a time may soon come when not only the heart, but also all other organs of the body can be grown in a laboratory. Advancement in technology may go on to make our science-fiction fantasies a definite reality. Science can truly make miracles happen.

What a time to be alive!