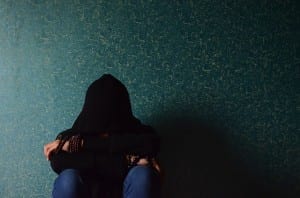 She was the type of girl any guy would fall for. She was beautiful, she was graceful, and she was the perfect example of beauty with brains; she was Nitya. Despite being born to a middle-class family, she was raised as a princess and her other sister and a brother. Due to a long time illness, her mother died. On the one hand, they were relieved as their mother did not have to suffer anymore; on the other hand, they were really sad as they lost their ‘MAA,’ the one person they cannot think of their life without.

As time passed, they learned to live without her, and with time new problems approached them. Nitya’s father was in a very reputed post in the Indian Army, and he was the perfect father and perfect husband until one day their family learned about his affair with a woman. All their hopes and their dreams were shattered. The happy times were converted into endless fighting and arguments, which increased every day. Her father was not ready to leave the other woman at any cost. He started giving his monthly salary to the woman and eventually started living with her. He started to forget his own family, his son and his daughters, his responsibilities.

Time traveled fast, and Nitya was growing day by day. She was a sincere student and a good scorer. She completed her education and gained a graduate degree. She leaned towards the fashion industry from the start, so she enrolled herself in one of India’s finest fashion schools, NIFT Mohali. She came there with a motive to prove her worth, and so she did. She was the best student here, too, and with campus placements, she managed to get herself a pretty good package in a reputed company.

She was 27 by now, and her family and relatives were forcing her to get married. Lots of eligible bachelors wanted to marry her, but she wanted something else. She wanted someone who would love her every second of his life, who would be ready to fight for her, who would do anything to make her happy. And with all these things in mind, she decided to marry Lovish, a guy with all the qualities she wanted but little did she know that he had secrets of his own.

Their married life started in a very pleasant, sweet way. Every day she met a new Lovish. Due to his office work, he was mostly on trips. It was Valentine’s day. Nitya left the office early because she knew Lovish would be home by 8, and she wanted to make the evening special for him. Nitya picked a nice bouquet along with cake and wine. She wanted everything to be perfect. She decorated the entire house with white and red roses and lighted scented candles everywhere. She made a card, thanking him for being in her life and making it beautiful. She made all his favorite dishes and dressed in the most alluring way. She also booked two tickets for the late-night show of ‘THE VOW.’ She prepared everything; she was waiting for him. The doorbell rang, she ran towards the door. It was Lovish.

Lovish pushed her away.

Lovish: What is all this rubbish?

Nitya: (all confused) What happened, Lovish? I just wished you; it’s our first valentine’s.

Lovish: I don’t believe in such days. We are not high school lovers who are excited by such days. And I really don’t understand what the fuss of this day is all about?

Nitya: (sobbing) It’s not childish, Lovish. It’s just a way to celebrate the love we share.

Lovish: I DON’T LOVE YOU. AND DON’T EVER SAY THAT TO ME AGAIN. YOU ARE JUST A PERSON LIVING WITH ME, NOTHING ELSE. DO NOT TRY TO BE SUPERIOR TO ME. THIS IS MY HOUSE, AND IT GOES MY WAY, NOT YOURS. DO YOU GET THAT?

Lovish stormed out of the living room, leaving Nitya crying.

Nitya broke into tears. She threw all the things she did for Lovish. She sat by the door and cried through the night, wondering why Lovish reacted the way he did.

As the days progressed, everything was back to normal. It was their first wedding anniversary, and she again planned everything from restaurant booking to champagne selection; everything was his choice. History repeated itself.

Lovish: I warned you before. Also, this is my home, not yours. How dare you repeat the same mistake?

Nitya: This is my home too. Lovish, I’m married to you. I’m your wife, and you’re my soul mate.

Lovish: I don’t care who you are and what you are; all I know is this is my home, and my rules are followed here and not yours.

Nitya: Is there someone else Lovish? Tell me, and I’ll quietly move out of your life without any drama.

Lovish: Oh shut up, you b**ch! I’m not that mad. I’ve suffered enough by marrying you, and I don’t want any other nuisance in my life.

Nitya: What did you call me? How did you even dare to use such words for me? I am your wife, accept it or not. And don’t ever use such names to me.

Lovish: Get the hell out of my house right now.

Nitya stepped out of the house. She did not go to her house until Lovish came to apologize to her. He came after 3 months. Things were not normal this time. There were small fights every night. They would start with a discussion, then an argument, that ended up in huge fights. By now, Nitya was losing herself. She lost her job, and when she applied for other jobs, she was always rejected because she was married now. The companies that were ready to pay twice her salary with a flat were now rejecting her because she was married.

She was calm now. It’s been three years since they got married, and they still don’t have a child. Their family started complaining about it. So they finally planned a baby. She gained some confidence and some dignity which she thought she was losing.

She gave birth to a beautiful daughter. Her eyes were filled with tears when she first held little ‘Krati’ in her hand. She was mesmerized by her; she was constantly looking at her. She for once forget all the things that happened with Lovish, and she hoped that now with Krati, everything will be fine. Lovish was out of town; when he came to know it’s a daughter, he said: “padi rehen do vahi. Koi lane ki zarurat nahi hai un dono ko yaha. Mere liye vo zinda ya murda ek hi hai. Boldo use.”Nitya was in the hospital for a week, and none of her in-laws visited her. After knowing this predicament, Nitya’s brother (Devesh) was filled up with anger, and he went to Lovish’s house to meet him.

Devesh: Why didn’t any of you come to meet your granddaughter at the hospital or your daughter-in-law?

Devesh: How can you say such things, being a woman yourself. You wouldn’t have existed if your parents had thought the same way when you were born. People have reached stars and moons, and you are still stuck here with your orthodox views. And why are you blaming my sister for giving birth to a daughter? Your son should be blamed because the sperm of the father decides the sex of a child, not the mother. So if you want to blame someone, blame your own son, not my sister. And take this as a warning, if you ever try to torture or trouble my sister, I’ll send all of you to jail. So be aware. And go and take her home. She needs proper rest now.

Lovish met Krati, but he never held her in his arms. He didn’t see her as his own daughter. Over time, they started bonding, and Lovish loved spending time with her. Whenever they went out to the park, people exclaimed, ‘your daughter looks just like you; you should be really proud.’ And yes, he was proud; one could tell by the smile on his face, anyone could tell he was a happy and proud father. He would buy costly toys, dresses, accessories, and shoes because he wanted to make her look like a princess. PAPA’S PRINCESS.

But Nitya’s problems were a never-ending tale. The fights and arguments were part of their daily routine now, and baby Krati was the one who was suffering. There was a time when Nitya was no longer herself, and she completely lost herself.

Nitya: Why do I need money? I need money to raise your child, our child. And what are you giving me; just 5000 bucks? What are 5000 bucks in today’s world? If someone would give you 5k to manage a house for a month, will you be able to do it? No, because it’s impossible to maintain a home and all the things for a baby in such a small amount. You earn nearly a lakh, but not once did I ask you to spend all the money. You never buy me anything anyway, do I complain?. I wear these rags, and it doesn’t affect you; what kind of a person are you? Lovish, this is the last time when we have this unnecessary fight. If you ever try to do this again, I’ll register a complaint against you.

From that day, Nitya completely realized that marrying Lovish was the one decision she’ll regret throughout her life. He mentally and emotionally tortured her, and she couldn’t do anything about it. She was in depression after all this. She was weak, pale, and lifeless. She was alive only because of her daughter.

There are many Nitya’s and Lovish out there. Many women are tortured emotionally, physically, and mentally by their husbands, and they don’t take action against them because they worry about what ‘people’ will say. But they don’t realize that these people will only speak until they have you for a topic; the day they find another topic, they’ll forget about you. Lovish didn’t hurt Nitya physically, but he hurt her really bad by giving her emotional and mental pain. When a woman marries a man, she leaves her home completely for an unknown person, and in return, she only wants his and his family’s love. Women need to raise their voices against such things. And they should know what they are capable of. There’s a ‘Kaali(the goddess) in each of us. Don’t let yourself down and stand against such injustice.