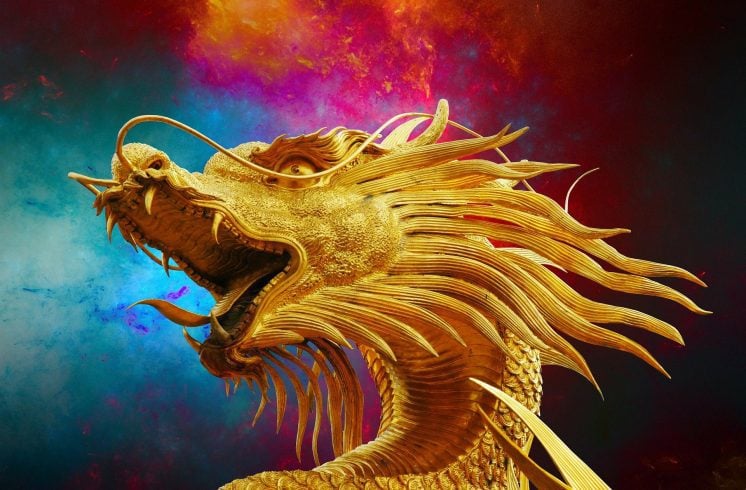 Dragons have been a subject of grave curiosity among various professions that try to pry and dig on their origins to study them and also among commoners who have meagre knowledge about this ancient beast but are still enthralled by the legends they’ve heard. One of the most ancient mythical creatures known to mankind, regardless of which region one points at, the existence of dragons in legends and fables seems ubiquitous. Some popularised ideas of dragons may sound familiar to many, such as the Oriental Dragon, Dragonnet, or Hydra. Then there are some less known ones, such as the Golden Dragon, that we’ll discuss further down the line.

Due to the heavy representation, the dragon has received over the years in stories, movies, and games, every time one tries to picture a dragon, the image that the mind conjures up is one of a mighty, monstrous, and vicious beast with features more or less similar to that of a reptile.

Of course, it is plausible that these images were inspired by the legends that have cascaded down over the years. However, these images have certainly been modified according to individual imagination and preferences since, after all, dragons are mythical creatures.

Due to the impact of the western media, the image of an evil, winged, and fire-breathing, vicious beast is the most common prototype of the dragon in the western imagination.

In stark contrast to this sort of evil depiction, the dragon is considered to be one of the most divine and revered creatures in Chinese culture and history. They are believed to be harbingers of good fortune and luck. Their traces are omnipresent in famous literature, in the form of figurines, and on clothing among others.

Unlike the western dragon, the Chinese dragon also called long(龙) most closely resembles a serpent-like beast that can fly and often brings along with it thundershowers and lightning where it goes. Although the ancient Chinese legends say one must fear the wrath of the dragon, they are believed to be benevolent and righteous creatures, hence their association with the emperors who were deemed as the representative of God with pure dragon blood running through their veins often referred to as the ‘Son of the Heavens’, the representation of yang energy in yin-yang.

Although not much known, dragons have been depicted in various south Asian and Middle Eastern cultures as well – the great dragon Vtra talked about in the ancient holy Indian scripture Rig Veda, and dragon Tiamat from the Mesopotamian myths to name a few.

Myths are most commonly understood as symbolic narratives, usually traditional or religious, generally implying the said story is not true due to insignificant proven evidence. However, myths typically have long histories and are based on profound traditions and morals.

Although wrapped up in thick layers of fiction and truth, myths innately hold the power to help humans find purpose and answer questions that help one light up an unknown path. True or not, myths certainly, more often than not, hold deep meanings.

1. From the Chinese mythology

Over the centuries, gold as a colour and a metal have been constantly associated with wealth and power across the world.

The golden dragon is considered to be an extremely benevolent deity like most other Chinese dragons and its arrival or presence is said to bring great prosperity to the land.

One of the most well-known dragon myths in China is related to the dragon pearl. It is said that all dragons hold a pearl, usually under their chin which holds the immense power that helps in ascending to heaven. The dragon pearl contains a dragon’s centuries of profound wisdom. Hence, numerous legends have passed down over the years that tell tales of how various people have tried to seize the dragon pearl, aspiring for tremendous wealth and good luck.

The idea of Golden Dragons gained attention through a fantasy role-playing game called Dungeons of Dragons (shortened as D&D) wherein they are deemed to be the last of the true dragons.

In the popular series Witcher, the Golden Dragon, otherwise known as Draconia Aurum Nobilis (The world of The Witcher), are portrayed as fantastical, legendary mythical creatures.

They are reckoned to be mighty and hold immense magical abilities – the most riveting one being the ability to transform into any living creature.

Again, similar to the most popularised characterization of dragons in the western media, they are portrayed as a four-legged reptile with wings holding semblance to that of a bat. The golden dragons illustrated in the series, although holding numerous differences, still seem pretty akin to the ones in D&D.

3. From the Japanese mythology

Myths about dragons in the Japanese culture consolidate indigenous legends from the lands of India, China, and Korea. Most Japanese dragons are heavily influenced by their Chinese counterpart and typically similar to the Chinese dragon in terms of illustration.

At Kinryuzan Sensoji Temple located in Asakusa, Japan, a renowned and celebrated dance known as the kinryu no mai (金龍の舞), literally translated as the Golden Dragon Dance is performed. Typically consisting of nine people, kinryu no Mai involves eight people acting as the golden dragon, holding up the intricately designed and spectacularly crafted piece of art, along with one person controlling a lotus-shaped orb representing the Goddess of Mercy, Kannon.

Kinryu no mai celebrates the myth of the Dragon God Kinryu (translation: Golden Dragon) who descended from the sky when Kannon appeared in the world. According to the legend of the Sensoji Temple, with the Dragon God Kinryu descending to earth, and the appearance of Kannon, a thousand pine trees appeared in a single night, symbolic of abundant harvest. The Golden Dragon Dance celebrates this legend and the reconstruction of the main hall of the Sensoji Temple in the year 1958. Kinryu is also deemed as the protector of Buddhism.

4. From the European mythology

In the European myths, the golden dragons have a golden spike crest on the end of their tail and the top of their heads along with horns made of gold, their legs shorter than other dragons but more muscular and wide.

Apart from that, they are also believed to have robust scales made of gold that are just as flexible as any other dragons’ and are therefore difficult to damage. This gives them an appearance of honing a magnificent armor made of gold.

One of the not-so-popular European myths says that the golden dragons in Europe were on the verge of extinction during medieval times due to repeated and constant hunting. It was believed that the golden dragons would abduct young women and exchange them for food or treasures which pushed the young men and knights to step forth and hunt them down in their lairs.

Over the turn of centuries, it has been reputed that the blood of a golden dragon holds exceptional power and properties to heal almost all kinds of injuries or illnesses. It also holds the ability to help one glimpse into the future.

Golden dragons, as can be predicted, have an avid love for gold and often, while traveling the world, like to collect and bring home all sorts of invaluable, timeless treasures and souvenirs. They say that golden dragons like to spend the early years of their life freely exploring the world and feeding their intrigue about various cultures.

They are reputed to be exceptionally intelligent and wise, having a particularly keen interest in arts. As they are thought to travel all over the world since their early years, it is also believed that the golden dragons are notable linguists.

Among all dragons, the golden dragon is looked upon by all as the most magnanimous. However, the golden dragon does not like to make a big show of their kindness but rather through small, secretive aids that are often overlooked or go unnoticed; unlike other dragons that tend to help only those, they deem worthy of their help and guidance.

One of the most significant or say consequential flaws of the golden dragon is that in spite of their kind and generous temperament, they tend to view themselves as immaculate and perfect beings and as a consequence, are inclined to being over-confident.

Since they love to explore and travel on their own the most, golden dragons mostly like to live in seclusion from others and are consistently engrossed in attaining the goals they set for themselves.

By nature, golden dragons are proficient in employing tact and disguising intimidation in order to avoid conflicts or arguments, and often act as mediators.

Golden dragons belong to some of the least known dragons on the spectrum and the myths surrounding them have to be dug out of the scarce resources available but it cannot be denied that they are one of the most transcendent of their kind.