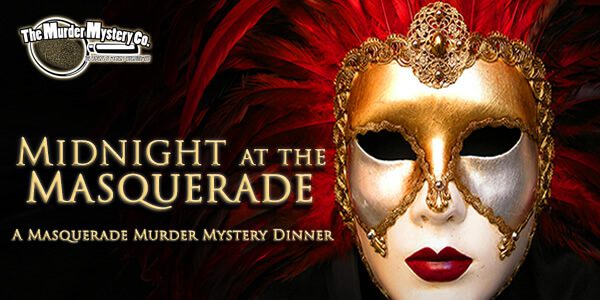 There are various kinds of activities that drawn our attention when we watch movies and web series or read books. This can’t be possible to do in reality. However, the murder mystery party may help us to create an atmosphere closely related to the mind of the fanatics of this genre.

Murder Mystery Party is not a newly originated hosting activity. If we track the roots of it, we will find the origin of this going till the nineteenth century.

It is quite a popular idea that even leads to create the virtual and online murder mystery games with very different ideas and still connecting to the fundamental roots of the party games.

Let’s take a ride of this murder mystery theme and find everything one wants to know about these parties so that you can even host the party if you wish.

The ‘murder mystery party’ can already present you with a gist of the idea of how the game could be played. The game is about murder and catching the murderer in the game. 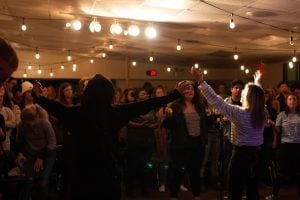 The murder mystery party can be held with a minimum of six players to an average of 25 players. However, some of the large events have more than 300 crowds taking participating in the party.
The host generally has given the roles as per the settings of the party, and the characters need to be involved in it.

There are some basic ideas a host needs to pre-requisite before hosting the party.

Before you host the murder mystery party, you need to decide the number of players who will participate in the game.

As it has been mentioned before, the party can be the host for the small group and even for the large one, according to the host arrangements and the participation of the guest.

You should have a gist of how many people are attending your party to have the role-playing characters in a sufficient number for all the people who are participating in the game.

If you just want to have just a little fun, it’s better to only host with group o friends and family members. However, it’s a whole another plate if we talk about hosting an event for promotion or celebration of something important.

2) Where you Will Organize?

You need to decide on the place where you want to organize a party. It should be one of the foremost priorities for you.

The murder mystery party in some places is even taken as an annual traditional party, and many even host this on New Year’s Eve.

The theme and number of guests and why you are hosting, considering the entire situation, you need to select the place you want to organize the party.

You need to select someplace that can be in your budget and someplace, which can adorn the atmosphere with mystery and thrill. 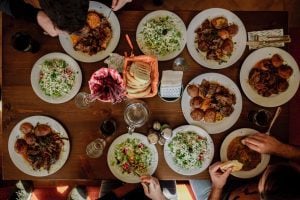 When you are hosting a murder mystery party, you need to decide whether you want to serve your guest. The food also plays an essential role in making the settings more familiar with the theme.

The food can only be consist of appetizers if you want, or you can even have a full-fledge formal dine with your guest. It also depends according to your choice, as the host of the party.

However, you should keep in mind that dinner should serve the purpose of hosting this party. It should mingle perfectly with your theme and decoration. Even how you serve your food should be considered according to your plotline.

4) The Theme of the Party

It is essential to come up with a theme when you host a murder mystery party. The theme can be western, gothic, modern, and many more. The costume suggestion to the guest should be provided to the theme of the party. 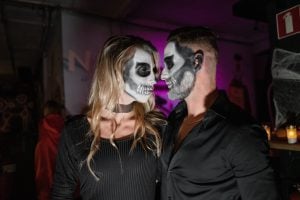 You need to set the theme according to the character and plot you need the party to go on with. The fanatics will enjoy the whole process of planning this party, especially when you will the decoration and people dressed according to that theme.

However, hosting a party is way different than playing the game. There are various things you need to set and follow to have a successful murder mystery party.

You need to decide who the murderer is, if you want the murderer to know he is the killer beforehand or not, who are detectives, who would-be victims, and how you want death or murder to occur. While some need to be decided early, a few of them could be spontaneous if you like.

Now you have done with all the beforehand preparation that is needed to be done before hosting the murder mystery party. Let’s get to the game and how you can enjoy and make this experience everlasting for some people.

The game usually consists of three rounds. You can always add or lessen the match as the plot of your theme and mystery suggests you.

There is a murder mystery kit that is available for purchase. You can buy it, and everything would be provided there. The red herring games are the most popular kit for the party and even hosting the dinner or virtual murder mystery game.

If you are crazy about this stuff and want to create your plot, character descriptions, and murder/mystery, you can do it too.

Remember, you can always modify the game as you want it to be played from your sets of rules and plot. However, there are few basic ideas that you should know when you take part in the murder mystery party.

Before starting Round 1 of the murder mystery party, you first need to assign the characters to your guest.

Generally, your attendees are friends with or have a good relationship with, so you know the person. So, always try to assign the character so that your guest would like to play the character and enjoy the game.

Let’s be real, we all know even hard work could not do anything if we are putting our energy in the wrong direction.

With the character, you also need to assign the characteristics of the character descriptions, basic plotline, some hints, and the very nature of the game. You should simplify the instruction as such everyone can adopt that character well with the theme.

As you have provided your guest with their role, hints of the plot, theme, and the basic instruction of the party. Every participant will now start with their role play and will blend with their character portrayal as to endow the realism to the murder mystery party.

It just the beginning of the game, so everyone just casually takes and gathers information about each other. The murderer will have a chance to disguise himself properly in the meantime while other characters can grip them up to be keen about their surroundings.

As mentioned already, the murderer may or may not that he is the killer from the start, building the tension that one wants to create.

This is a significant round as in this round, the murder would take place. The victim may know that his death will occur beforehand, or he may be made aware of it just a few minutes before the murder will take place. 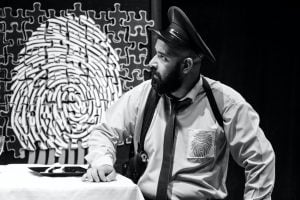 This is also where investigation and analysis of the scenario will take place. The suspects would be narrowed, and people will try to find the clues and evidence to uncover the murderer.

This round starts the tension between the characters as they become suspicious of the murderer that is roaming in between themselves.

4) Revealing of the Murderer

This is the conclusion round where everyone tries to point out the murderer and what possible motive he/she can have to commit the crime.

Every participant of the game will take his turn and put his theory and suspect in front of everybody. He will give the evidence and the explanation that made him conclude the murderer.

After everyone has given their suspect and possible evidence that they could provide, the murderer would be revealed face to face in front of everybody. The reason for committing his crime would be presented. Whoever is right will be the winner of the game and is the true fanatic of the murder/ mystery genre.

After the game is over, you can conclude the party and have some fun if you want as the party has already done everything it supposes to. I hope when you host the party, you can have fun playing as much as you have fun reading about it.

Murder Mystery Party: What Have We Learned?

Murder mystery party is for the fanatics of mystery and crime/thriller. It is fictitious, yet the atmosphere will make it realistic and thrilling for the guests attending this party.
The one hosting the party should have the guest list, a venue, menu for dinner, and theme set up for the party. 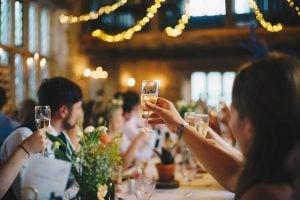 At the party first, you need to assign the role and their background to the guest. The guests will blend themselves with the theme, and in the next round, the murder will finally take place. In the concluding game, the murderer will be revealed.

This murder mystery party can be host just for fun among some friends, an annual tradition, or even as an event.