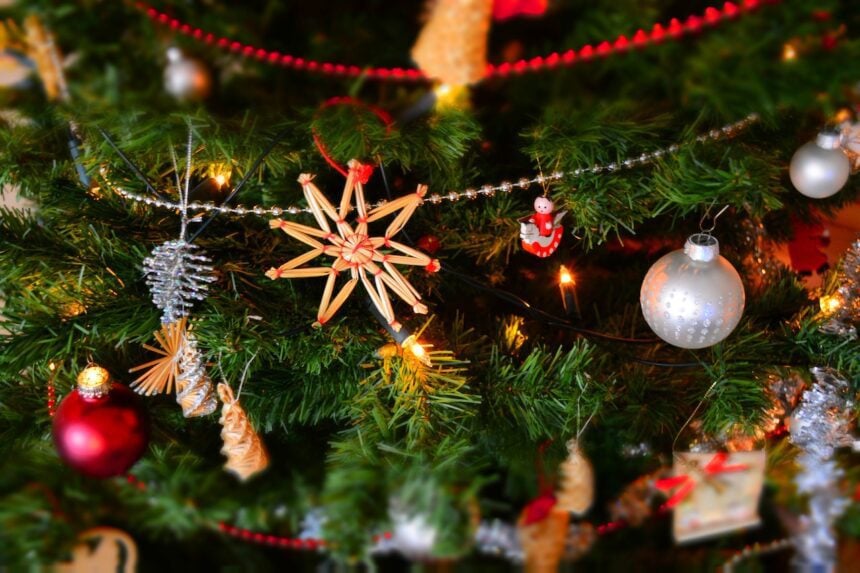 Well, well, winters are here, and so is Christmas. It is one of the most loved festivals throughout the world. And in India, it is widely celebrated and enjoy.

So today, let’s see how do Indians celebrate Christmas.

Christmas is the celebration of the birth of Jesus Christ. Christians worldwide celebrate Christmas differently, synonymous with the country’s particular culture.

How about the nation of India? Despite a small percentage of Christians, the government still widely celebrated Christmas. Among the many other religions and their religious festivals in India, Christians and people of different beliefs love celebrating Christmas with equal joy and excitement.

2. A Lesson on Geography

The Christmas traditions of Indians, however, are different from Western countries. Christmas celebrations in India are dominant in certain specific states. Towards the west coast, Goa, India’s smallest state, has the largest population of Indian Catholics and sees a huge festival celebration.

Northeast India celebrates Christmas on a large scale. Many states such as Nagaland, Mizoram, and Meghalaya that lie to the very east are Christian. Some of the largest Indian Christian communities reside in South India, especially in Kerala.

Christmas does have one special day, but celebrations and preparations begin much earlier in December. This is called the Advent season. It lasts about four weeks leading up to the day of Christmas. It is at this time that people take time to prepare for the upcoming Christmas celebrations. Catholics and Roman Catholics most observe this period.

During this time, Protestants, Catholics, and Tribal Christians go about carol singing in their cities and surrounding villages and telling people about the real message of Christmas.

The day or the evening before Christmas day is generally celebrated along with the main day. It is done in honor that Jesus Christ was born at night. Many Christians attend the midnight mass service and welcome Christmas day together with much anticipation. Indian Roman Catholics attend a midnight mass which takes place before midnight.

Many Christians sing Christmas carols during their midnight mass service, and children enact the entire story of the birth of baby Jesus. Christmas eve leads up to the most awaited time of the main day, that is…

Christmas day falls on the 25th of December and is celebrated by many Indian Christians by attending church together as a family. As it is a gazetted holiday, most Christians in India fill up churches and cathedrals to celebrate and remember the birth of Jesus Christ.

People wish each other the greeting “Merry Christmas.” Because India has a very diverse culture and several languages, people greet each other differently in different parts of the country.

Now in Maharashtra, people wish each other the greeting ‘Shubh Nataal’; towards the north, in Punjab, they want each other ‘karisama te nawāṃ sāla khušayāṃwālā hewe.’

If we travel to Andhra Pradesh, people wish each other ‘Christmas Subhakankshalu.’Kannadigas wish each other with a ‘kris mas habbada shubhaashayagalu.’The Keralites prefer saying ‘Christmas inte mangalaashamsakal.’ ‘Christmas jun wadhayun‘ is used by the Sindhis to greet each other on this special occasion. Christians also say ‘Happy Christmas’ instead of ‘Merry Christmas’; one can call this the Nativization of Christmas in India.

After church, people get together with their family members for a time of celebration with a traditional Christmas dinner. Unlike in the West, Christmas dinners in India are very true to the region’s culture. Although, people do love indulging in traditional Western foods such as Christmas plum cake! Christians highly enjoy plum cakes all over the country.

Now, unlike the traditional roast turkey enjoyed in the West, Christians enjoy feasting on biryani, which has now become a Christmas staple dish. There are quite a few Indian Christians who also prepare other sweets that all Indians traditionally love eating during festivals, such as chaklis and chiwda in north India and rose cookies and steamed rice cakes in the south.

Indians also love decorating their own houses along with their churches and cathedrals. Christmas decorations play an important and meaningful part in this celebration. Nativity scenes portraying the birth of Christ are placed in many homes a few days before Christmas day. They are also called Christmas Cribs.

This Christmas crib is either bought or, in some cases, even handmade. A Nativity scene depicts The baby Jesus statue placed in a manger surrounded by the statues of Mary and Joseph.

Manger scenes are a Western practice adopted by many Christians in India. Many use clay figures to depict the Christmas story. This is one of the many Christmas traditions that have been followed.

Christmas trees are another crucial decoration of the season. The trees are imitation evergreen trees, and some people in the South decorate palm, banana, mango trees, or any tree people prefer decorating.

The Christmas tree is decorated with lights and other ornaments, such as tinsel balls. The Star is always placed on top of the trees, or stars are hung all over the branches. India is mostly a tropical country with very few snow-covered regions, so many children cover their Christmas trees with fake snow and cotton wool.

Star lanterns are placed at the windows of every Christian house, signifying the star that led the three wise men to the stable where Christ was born. It is most commonly seen in the urban areas of India. Along with these lanterns, people also decorate their houses or balconies with rice lights of many colors.

In the rural regions in southwest India, many houses have flat roofs which people decorate with small electric lamps. The reason behind these lamps is to tell their neighbors about the joy and light that the season brings.

In southern India, many Christians decorate their houses using banana or mango leaves; these are a major part of their cultural traditions and can be seen in almost all houses. The mango leaves are also used to create ‘Torans,’ hung on the doorways to create a festive mood.

Many businesses, shops, and malls in the cities also incorporate Christmas by decorating their local stores with paper streamers, rice lights, trees, and other decorative items.

Poinsettia flowers are used to decorate churches and houses as these are used to symbolize the beauty and joy of this season. These flowers are not native to India but are widely used in the country. These are winter flowers that signify joy and success.

Santa Claus, as he is known in India, is one of the most favorite attractions of the season. Santa brings all of the Christmas goodies and gifts.

Santa Claus has been addressed differently in different languages, Christmas Baba in Hindi, Christmas Thatha in Telugu, and Christmas Papa in Malayalam. All of these are terms of endearment that mean ‘Father Christmas.’ People, especially children, look forward to his coming at this time of the year.

Compared to other religious festivals, Christmas is quite a small festival, one that is celebrated by a small community of Christians in India. In the north and northwest India, it is celebrated on a lesser scale than in the northeast and the south.

However, it is a gazetted holiday, and their schools give children a full week of vacation. Christmas is a colorful festival, just like other religious festivals, but it brings a different variety of colors to India and the world.

Christmas in India is a celebration that many Christian communities look forward to. The Christmas cheer is seen and felt all around the country. Indians celebrate Christmas in India while following Western traditions brought to the nation during colonial times. Still, they have been able to add their cultural flavor to celebrate the true meaning of Christmas, the birth of Jesus Christ.