There have been numerous representations of Sherlock Holmes. Same stories are told again and again in different ways, and no one ever gets bored. Sir Arthur Conan Doyle created this character in the late nineteenth century. Sherlock Holmes remains the most beloved and cherished story- the clever detective in a funny hat.

One aspect that makes this character extraordinary is his deductive powers. Sherlock Holmes was the first detective story where the clues didn’t appear miraculously to the protagonist. He was the first to see things and observe patterns that others could not—Sherlock Holmes first man who introduced us to the science of deduction.

Today you can find numerous books, websites, blogs that try to explain the science of deduction. Sherlock did not possess supernatural powers. All of the books’ explanations are the result of very systematic methods of deduction that anyone can learn. And yet, anyone who tries this usually fails. The truth is we all are so used to speedy readymade things and automatic ways of life that we fail to look critically at the reality around us.

Who needs deductive powers when you have Google?

Indeed, everyone doesn’t require the science of deduction to survive their day-to-day activities. But that doesn’t mean we abandon critical thinking altogether. People today use their brains like a computer. They turn on the critical thinking part only when required. We think only at certain places and in certain situations- Schools, colleges, Workplace. We only read certain parts of the newspaper that interest us. There are occasional exceptions when some controversial issue is in the news or proves ourselves right to a friend or colleague who holds opposing views.

In Elementary, when Sherlock is training his new companion as a detective, he addresses this issue. Bear in mind that the Elementary Sherlock lives in 2012 New York. He tells Watson that deduction is not a thinking process but a point of view. You cannot turn it off and on like a machine. It would be best to notice everything around you, even the smallest details, whenever the situation arises. Because the smallest details usually hold the biggest truths.

I personally don’t think deduction is a science. It’s more of an art. Sure, you must have decent knowledge in almost every field and precise methods to find hidden clues, but that’s not the tricky part of the deduction. Observing details is the primary step. The tough part is connecting what you observe and make a meaningful story out of it. For this, you are required to make some generalizations.

For example, a person’s job doesn’t require working with hands extensively if they have long and polished nails. Here we can deduct a generalization that people doing manual work don’t indulge in nail art. There can be exceptions to this, but they’ll be minimal. Making generalizations is a straightforward use of probability. In contrast, while deducing something, one is required to picture different scenarios with the same inputs. The most probable one is the winner. When all facts are put together in probability, exceptions tend to be minuscule.

Our thought and emotions are not as well guarded as we like them to be. With these deductive skills, you can solve not only mysteries but people too. Any interested party with basic observation skills can predict our personality or lifestyle. A person’s face, clothing, tastes, private belongings are projections of their identity. Once you have been solved, people can predict your behavior in a particular situation.

Deductive skills are useful for million reasons. But we don’t always have the time to train ourselves just for the sake of a hobby. So here are some tips that you can use to keep your detective side in check –
1. Use all your senses, not just your eyes.
Observing doesn’t end with eyes. In many cases, we see Sherlock sniffing the crime scene with utmost concentration.

2. Observe not only what is there but also what is not.
With generalizations, one learns to expect certain things at certain places. For example, in the first episode of the BBC series, Sherlock distinguished murder from suicide by the absence of a suitcase from the crime scene.

3. Look for information in unusual places.
Suppose one wants to know more about something we take from books, media, the internet, etc. These all are accepted sources of information and hence can be easily manipulated. Here I’d like to use an example from an Indian adaptation of Holmes- Byomakesh Bakshi. In the books, Bakshi likes to read advertisements in newspapers to keep up with recent events. When his companion questions him, he explains that through ads, one learns what is truly happening. Ads for coaching classes, gold loans, Matrimonial ads tell us about society’s general happening.

4. Read.
Not just ones related to your work or the ones you like. Include different unrelated subjects in your reading list. It’s always beneficial to have basic knowledge of various topics. This will sharpen your common sense.

5. Maintain the attic.
Sherlock Holmes views the brain as an attic. He thinks there’s only limited space in our brain, and hence one should memorize useful things. We all have different definitions of useful, but it is good advice to stop overloading. We see Sherlock’s mind palace in the hounds of Baskerville.

Finally, as Sherlock says- ‘Once you have eliminated the impossible, whatever remains however improbable must be the truth.’ 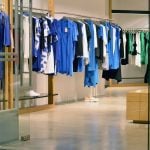