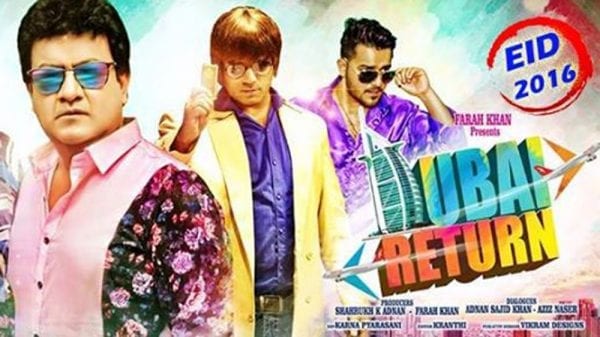 The Deccanwood had it’s first cinema release in 2005. Since then many local films have been produced in Hyderabad and have been released along with Bollywood movies. The Deccanwood serves the same Hindi Urdu speaking audience as Bollywood, but along with that it also offers a local dialect that appeals the people of Hyderabad. Started out as a small industry

Abrar Khan first started working part time in Decanwood when it was in its initial stage: “In 2010, I made my first video, Hyderabad Diaries.”

He goes on to inform us that after receiving huge amount of positive reviews from the viewers he had started the Hyderabad Diaries Channel on Youtube. It showcases a short weekly comedy video on everyday life in Hyderabad.

“The number of views were very low but the reviews were mostly positive,” Khan said. “But soon the views started increasing as did the positive reviews and now it’s the most subscribed Hyderabad YouTube channel.” This 28 year old man who has also directed a full Hyderabadi feature film a few years ago, says that it was the audience who had motivated him to shoot weekly episodes of the Hyderabad diaries.

Khan is very excited about his latest movie Dubai Return, which will release during the Muslim Eid al Fitr holiday.

Khan informs us that initially it was very difficult for him to balance work with shooting films, but with passing years he has mastered the art of maintaining the two priorities. Films run in the blood of the Khan familly. Abrar’s father Adnan Sajid Khan, also known as Gullu Dada, is the most famous Deccanwood hero.

Hyderabad’s movies are popular with overseas Hyderabadi’s also. Salam al Kaseri an Indian living in Qatar is an avid follower of Deccanwood movies for about a decade.

“Bollywood films fail to capture the Hyderabad Hindi/Urdu dialect and the subtle comedy that is so inherent in this language,” said Kaseri, who works as a manager at a motor vehicle company.

“I am not saying that my passion for Bollywood is dying. It’s ever growing. But I feel Hyderabad films are a more humorous and expressive version of Bollywood.”

Kaseri goes on to say that he feels proud that he is being able to support the Deccanwood industry in his small way.

Will the Deccanwood Film Industry last?

But sadly, not everyone is equally supportive about the Deccanwood film industry. There are local people in Hyderabad who still prefers the Bollywood more than their own Deccanwood.

“Bollywood films showcase the NRI [non-resident Indian] culture nowadays, and that’s who I am,” said Madeeha, a mother of two who has been living outside India for more than 20 years.

Still Khan has hopes and is confident that the industry will grow further and will be sustainable.

“I believe this industry has a lot of seriously untapped potential. With a healthy budget and some insanely talented directors like Aziz Naser [a noted Hyderabad film director], I think we can give many mainstream movies a run for their money.”

The average production cost of the Deccanwood industry is around $35,000 and $75,000, and they can gain high profit margins.

“Revenue always depends on the final product, as we don’t get to release our films in a lot of theaters. The opening weekend collection is comparatively very low compared with films from other industries. But if the film is a hit with the public, then let me tell you there are Hyderabad movies which have earned as much as $300,000.”

Thus the local Hyderabadi film industry run by part time directors, actors and producers seems to have a promising future and the Deccanwood film industry is surely here to stay.

TAGGED: deccanwood
Paulomi July 7, 2016
Share this Article
Facebook TwitterEmail Print
What do you think?
Love0
Sad0
Happy0
Sleepy0
Angry0
Dead0
Wink0
Posted by Paulomi
Hello. I am a student of English Literature. Word keep on fascinating me and makes me grow further as a human being. I have always believed that words are powerful enough to bring about a revolution. I am here, just trying contribute, in my own small way to life
Leave a comment Leave a comment