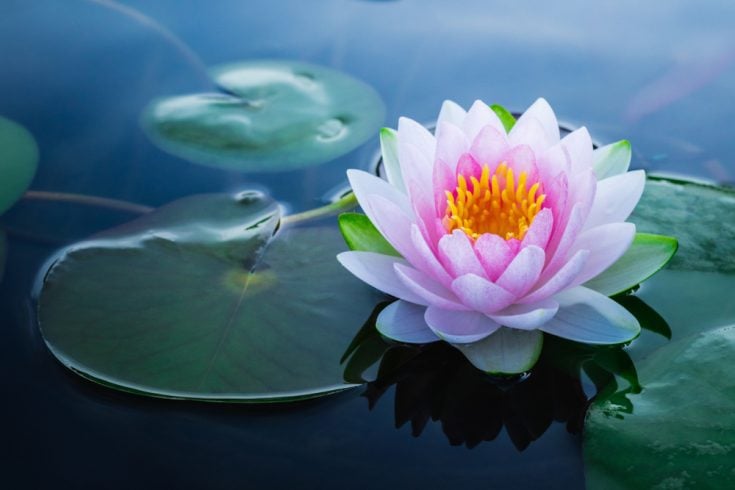 What are some of the beautiful Indian Flowers? Flowers; the most beautiful creation of nature. Flowers are proof of God’s existence. In India, since time immemorial, Flowers have been regarded with glorious Divinity. In Hinduism, Flowers are used for worshipping; also, certain flowers are portrayed explicitly concerning Gods and Goddesses.

In ancient Indian literature, many flowers were named after Goddesses. So alluring is the beauty of these flowers that the delightfully sweet-scented flower named Champa has been immortalized in one of his poems by the great author Rabindranath Tagore. Now, let us know about a few selected flowers regarded with special reverence in ancient India through all ages and places.

The red lotus and white lotus; beauty have inspired Kalidasa to compose poems to compare them with the beauty of a woman. Such is the glory of this beautiful flower that it has been named ‘the National flower of India.’ It is one of the most beautiful Indian flowers.

Vedas also mentioned that a lotus sprang from the navel of Lord Vishnu, and Hence, Brahma, the creator came into existence. In Indian and Buddhist Spirituality, there is an analogy that humans must be like the lotus flower that grows in the mud but is free from sin and material attachments and reaches the feet of the Lord and attains liberation (moksha).

It is the sanctity that these flowers are freshly plucked from ponds early in the morning and offered for worship at Temples every day.

The mesmerizing fragrance and the subtle beauty of this flower find their origin in Hindu mythology. It is ahead sacred brought to earth by Lord Krishna from Indra’s palace.

A quarrel ensued between His wives, Satyabhama and Rukmini, over the tree; ultimately, Krishna planted the tree in Satyabhama’s courtyard so that the tree would blossom, the flowers would fall in Rukmini’s courtyard. The ancient literature also tells the sad story of Princess Parijata, who was in love with the Sun. It is one of the most pretty Indian Flowers.

But having been deserted by him, she committed suicide, and a tree sprung from her ashes, and so, unable to stand the sight of the Sun, the tree blooms at night and sheds the flowers like teardrops just before the sun rises, eternally. The Vedas also mentioned that Hanuman lives under this slender tree.

The word Ashoka means ‘the one who has no grief.’ Legend has it that this tree blooms when it is touched by the feet of a beautiful woman. Each bunch of these splendid flowers is a riot of colors ranging from yellow, merging into orange, and finally, into a vibrant red color.

In the legendary epic Ramayana, Sita, the consort of Lord Raama, sat under this tree and spent her days sorrowfully after being abducted by Ravana in his garden.

Kewra flower is best known for its enchanting, seductive scent though it does not look appealing to the eyes. A pastime of Kewra includes Lord Vishnu, Lord Shiva, and Brahma, wherein an argument ensued between Lord Vishnu and Brahma as to who amongst them was the Supreme Lord.

When Lord Shiva heard their argument, he decided to conduct a contest and declare the winner Supreme. Lord Shiva transformed himself into a cosmic pillar of light and assigned the task to both of them to find the limit/boundary of this pillar of light. Whoever could execute the task would be acclaimed to be the Supreme Lord.

Lord Vishnu set off towards the pillar’s base but could not succeed. Later, Brahma set off to find the upper boundary of the pillar and the way; he came across Ketaki, whom Brahma inquired about where she had come from, and she replied that she stayed on the top of the pillar of light.

However, Bramha could not accomplish the task and instead brought along Ketaki as a false witness to claim that Brahma had reached the upper limit of the pillar of light. Lord Shiva got furious as he knew about Brahma and Ketaki’s false claim. Thus, Ketaki was cursed unfit for Lord Shiva’s worship forever. However, this flower is widely used for worshipping Lord Vishnu.

This subtle beauty is made into garlands and adorned by Lord Krishna. According to Indian scriptures, the complexion of Lord Krishna is compared to the color of the blue water-lily petals. This Indian flower has a beautiful story behind it.

The Legend, as it goes, in the Hindu epic Ramayana, Raama decided to worship Goddess Durga by offering hundred blue water lilies and set out to find, but could only find ninety-nine, and ultimately, offered one of his eyes (as his eyes are as beautiful as the blue water lilies). Pleased by this gesture, Durga blessed Lord Raama; with success in the war against Ravana before he set out to Lanka.

It is stated as a ritual in the Vedic scriptures that offering certain flowers to some Specific Gods showers prosperity and bliss, all glories to the Indian mythology. Flowers are further classified concerning the modes of nature, namely goodness, passion, and ignorance.

These are some of the glorious Indian Flowers that we Indian’s worship as they have a history behind each flower. Do let us know if we have missed any in the comments section below.