Advertising and marketing are essential in establishing a brand value for an Organisation and catching customers’ interest in that organization’s products. And in the present world, it is a basic need.

Nowadays, it has become like a race between firms to gain more and more customers. In that process, some ignore advertising ethics and show misguiding advertisements and sometimes against basic human values.

But still, some brands have not forgotten these ethics, and they advertise with a sense of social responsibility and the efforts to bring some values out of it.

In this article, we will be discussing 15 examples of ethical advertisements in India.

Colgate’s recent advertisement shows how a single old lady made her relationship public with an older man to her family. During this COVID-19 Lockdown period, she finds herself lonely and felt like she needs a partner for the rest of her life.

She found one and discloses it with confidence in an Indian society where people do not accept an old couple’s marriage positively. The reaction gets worse when the woman is a widow.

The advertisement has a happy ending, with the acceptance of the relationship by her family. Colgate’s great effort to bring progressive thinking in society is that there is nothing wrong in finding a partner for you, even if you are old.

It says, ‘ A good smile makes everything easier.’

Facebook, in its advertisements, always try to show that how it can help in making life easier for people, either it’s about increasing social harmony or ‘everyone for each other’ moral in society.

It shows how one view can influence many people who can improve someone else’s life. Their efforts worth to be considered as one of the examples of ethical advertisements in India.

Their current ad shows how a granddaughter who lives away from her grandparents finds a way to take care of them in this lockdown period on Facebook. Her friend, who lives in the same city where her grandparents reside, helps them get groceries and medicines.

It shows that it should be our social responsibility to help people in their tough times, and at least older adults who find it hard to do any tasks and not come out of homes due to health threats.

Bournvita advertisement’s values deserve to have a spot in this list of 15 examples of India’s ethical advertisements.

They released an ad with the vision to show a mother’s love for her child and how she characterizes her if she is also the coach of that child, who never wants to make it easy for her student to win until he wins by his hard work.

In this process, sometimes she has to get hard on her son. As she feels like ‘ she will win the day when his son will beat him in the running.’ It shows how proud a mother feels when she watches her son win, even if she is the one who loses.

It’s trying to build a lot of respect for a mother in people’s eyes. And also tries to promote that it’s common nowadays to have a woman coach.

I think it would have been tough for anyone to not notice Life Buoy’s advertisement. We know how important it is to wash hands regularly, and like any other sanitary product manufacturing brand, they promoted it.

But the thing which stands out was their non-emphasis on just buying their products; instead, they considered sanitizing with any brand’s soap or sanitizer more important than just forced to use only their products.

The gesture they showed impressed many people for not losing their ethics in the greed of gaining more profit. This is one of the best examples of ethical advertisements in India.

The recent advertisement of pain-relieving products manufacturer brand Moov really attracted my attention, as it tried to break a stereotype in people’s eyes of characterizing a father-in-law’s behavior toward his daughter-in-law.

It shows he values her homemaker daughter’s work, who unintentionally drops food on his clothes because of slipping.

As everybody was expecting him to get angry with her, he acted the other way completely. He gave the Moov cream to her, to be applied to her aching part. He says he values her work and the importance of her role for the house.

Their efforts to realize the importance of homemaker in families is appreciable. 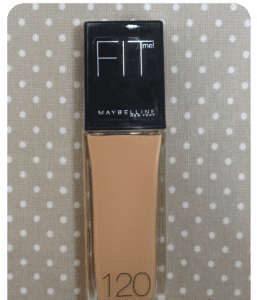 Many brands in the market try to promote a particular skin color and consider only looking fair as being beautiful.

In his Makeup Foundation advertisement, Maybelline considered every skin color as beautiful and showed that women love and are proud of their skin color, no matter ever shades it is.

Maybelline, where there is a rush among people for getting fair, tried to change the thought that you don’t need to be fair to look beautiful.
Maybelline’s advertisement stands out in the list of examples of ethical advertisements in India.

In a society where girls are sometimes considered physically weak and thought they are not supposed to do work requiring physical strength.

Horlicks came up with their advertisement in which a girl changed the tire of a car, when she, her mother, and a younger sister stuck on a lonely road, as their car got punctured.

Initially, her mother was worried about how she will take both her daughters safely home. But her older daughter shocked her when she started changing the tire. They completed the task and showed that women are strong enough to do any task.

Again I will mention that those brands which try to give a social value through their advertisement are the one which deserves to be called examples of ethical advertisements in India.

In it, Ariel’s washing powder advertisement tries to promote equality between the man and the woman of the house and raise insufficient sleeping hours for a woman. The storyline goes like that; a woman is very busy doing her job and taking care of her house and family.

Her little daughter is observing how busy her mother is. One day she wakes up at midnight and found her mother doing the laundry, and she has just fallen asleep beside the washing machine. She wakes her father up, and the husband also realized that he should share the laundry to release some pressure of work from his wife.

In most Indian households, laundry is generally done by the woman of the house. This advertisement fulfills the eligibility to be one of the examples of ethical advertisements in India to change this state.

With IPL season in 2020, the advertisement of people understanding the loneliness and their insensitive behavior toward people like watchman is really the one that makes me introspect.

The ad shows that the people speak rudely to the watchman when he knocks on the houses’ doors in society while doing his job, but getting no acknowledgment and kind gesture in return.

It made him feel hurt and lonely, but some young guys realize their mistake, and all society members clapped and cheered for the watchman to show their gratitude for the selfless job he is doing during this time.

This advertisement really makes us realize that there are many other unsung Warriors than just Doctors who are staying outside to stay comfortably at home.

This advertisement has a tagline,’ It’s good to be tough.’ In this advertisement, a mother scolded her son for stealing money from her purse. According to them, the complete family accused the mother of overreacting, as it wasn’t even wrong.

But the father in the law stood by her and considered the mother’s actions as completely correct. It makes us understand we should stand by tough mothers because she is doing it for a reason and bettering her child.

Godrej released this ad on the occasion of Father’s Day. This advertisement shows the importance of a father in every child’s life. How safe we feel when we are with him tries to learn how to live in this world.

Sometimes he is hard on us and sometimes the most caring. These examples of India’s ethical advertisements make us fall in love with our father again and realize what he does for us, which we take for granted most of the time.

In this advertisement, a husband tells his mother about the argument he had with his wife, who wants to continue working after becoming a mother. He explained that she would have to do the same as his mother did, left her job.

In this ad, Maggie made people understand that just like an improvement in spices makes a dish special; similarly, a change in thought is also better for society.

She made him realize he should change his thinking and let his wife work if she wants to. This advertisement marks its effort to change the stereotype that a mother’s life is only about taking care of her house and family.

Preganews came up with an ad in which it urges people to be sensitive toward their pregnant housekeepers.

In this advertisement, a woman denied her pregnant maid from doing any household work, which is inappropriate for a pregnant woman. She also didn’t fire him; instead, she reduced her work and took care of her diet.

It shows we ought to empathize with pregnant women who cannot break from their job because of their financial needs. The value of this advertisement is one of the examples of ethical advertisements in India.

Vatika, a shampoo producing brand, hit the Bulls-Eye with an advertisement in which a woman who lost all her hairs due to cancer shows up confidently in front of the world. And shows that some women do not need hair to look beautiful.

Many cancer patients feel embarrassed in front of people because of their hair loss, and their family also feels the same. And they feel the fear that, will people accept them in this look?.

But in this advertisement, the woman’s husband stood by her and always motivated her; even her colleagues also acted as nothing had happened.
It inspired people to be kind to cancer patients, and they will feel much happy if, instead of showing that they are victims, people should treat them as warriors. This is one of the outstanding examples of ethical advertisements in India.

Being an organization of ensuring security in life, HDFC released an ad showing that a physically disabled person can live independently and is not necessarily a burden on his family.

This ad has a girl with a walking disability. Her father tries to take complete care of her and always stood by her for help. But he wants to make her daughter independent to live independently, as he will always not around her.

He makes his daughter tie the ghunghroos on her foot herself. It characterizes a father as the one who faces the problem before his child can and let them deal with tough times on their own.

All these examples of ethical advertisements in India are considered being on this list because they all were making efforts to change society. They are not just thinking about their organization’s profit, even on the cost of ignoring ethics, moral values, and social responsibility.

You guys will also have some examples of ethical advertisements and some non-ethical ones you may want to share with us. So please make comments on this post, what you like about the article.

You can also share this article to promote the need for more examples of ethical advertisements in India.

How to start an eCommerce business in 10 easy steps