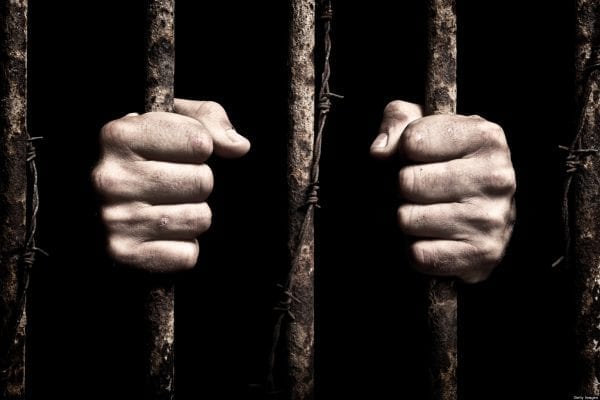 After a long struggle of 23 years Nisar-ud-din Ahmad was released from prison last month. Mr Ahmad, along with two others, was released from a prison of Rajasthan. The Supreme Court cleared their names from conviction, citing sufficient evidence. Nisar, aged 43, tells BBC Hindi’s reporter Imran Qureshi, that he is now struggling to start his life afresh. Nisar had been arrested and convicted in 1993 by the lower court for planning blasts in five trains, which had killed two passengers and had injured another eight. After three months, his brother, Zahir-ud-din Ahmad was also arrested and was sentenced to prison for life on similar charges of terrorism. In May 2008 Zahir got his bail on health grounds.

Nisar reports that the police has made their case on the grounds of fabricated confessions. Both his brother Zahir and he had been forced to sign a false confession, stating their involvement in the crime. Nisar goes back to the earlier days of his arrest and recounts stories of torture and cruelty.

“I was held illegally for 43 days before they produced me before a magistrate. They beat me, tortured me, hung me upside down and beat me some more. I begged and pleaded with them to let me know what wrong I had committed. Then they made me sign a fabricated confession,” said Nisar  to the BBC Hindi.

His words give us an idea about the sheer torture that is carried out behind the walls of the Indian prison.

For Nisar, returning home after 23 years is like a dream. He has now become a stranger in his own town. He conveys that he did not feel the normal happiness that he was expected to feel after being released from jail. Only after reaching home did he get back a little bit of the sense of freedom that he had missed for so many years. Nisar was now almost an outsider to his own family, as he had to be introduced to his niece and nephews. His old mother touched him while he was sleeping to assure herself that this was not a dream. “My mother comes and touches my head in the middle of the night just to be sure that she is not dreaming her son is home,” he said.

He misses his father who left this world in 2006, struggling till his last breath for his son’s acquisition. Nasir who was arrested at the age of 20, in the prime time of his life, is now finding it very difficult to fit into this normal life of a free citizen. Starting a new life at 43 years old will be another very big struggle for Nisar-ud-din Ahmad.

“I was 20 when I was picked up and wrongly convicted. One shouldn’t be forced to start his life afresh at the age of 43.” The top court has stated that “the conviction and sentence of Mr Ahmad is completely unsustainable”. The Indian court took 23 years to investigate and declare the innocence of Nasir. Their lack in flexibility and the delay in their decision has today cost the life of an innocent citizen. Nasir’s youth was lost in the walls of the prison. This man after being released , has only one message for the government-

“My mother yearned for her son for more than two decades. I don’t want any other mother to go through this. My only wish is that no other innocent person should suffer and I want this message to go out to the administration.”

Nasir’s message is like an eye opener for us. His story tells us about the many lives that are wasted in the prison. Lack of seriousness, responsibility and a systematic procedure of the government can be the reason behind wasting many lives. It is time for the judicial system to wake up and bring about a change in their administration procedure.